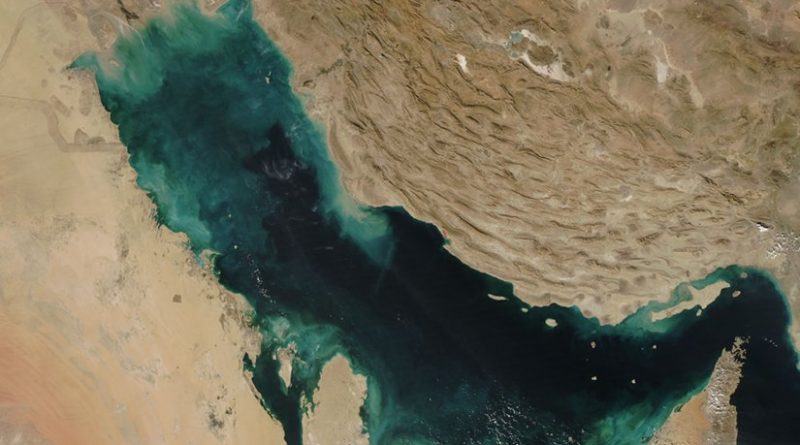 Japan is supporting the European Union’s intention to impose an embargo on Iranian crude oil imports, Japan’s Finance Minister Jun Azumi said on Thursday. He said Japan received 10% of its oil imports from Iran and that Tokyo intended to speed up its plans to reduce this share still further.

Azumi made this statement after meeting with the United States Secretary of the Treasury Timothy Geithner in Tokyo.

On January 11, Geithner visited Beijing and tried to convince Chinese leaders to support the EU and the United States. However, Beijing politely declined. This is understandable since Iran is the third largest hydrocarbon supplier to the Chinese market.

While Geithner was negotiating in Beijing and Tokyo, the United States re-deployed a new group of amphibious landing ships to the Persian Gulf, reinforcing the already formidable armada of two aircraft carrier battle groups stationed there. The USS Abraham Lincoln aircraft carrier is sailing from Thailand in order to back up two other aircraft carriers, the USS Carl Vinson and the USS John C. Stennis, as well as the numerous ships escorting them.

Pentagon officials refer to this massive naval deployment as “a planned rotation,” not linked with the aggravation of the situation around Iran. But, of course, the U.S. military are keeping their cards close to their chest. It is common knowledge that Iran is a potential target for them. Tehran has again threatened to block the Strait of Hormuz, the main route used by tankers carrying crude oil from the Arabian Peninsula and Iran.

Tehran issued additional threats on Tuesday, January 10, after it became known that EU member states may impose an embargo on Iranian oil imports from January 23. Italy, Greece and Spain, the main European purchasers of Iranian oil, are prepared. Europe is irritated by the fact that Tehran is still refusing to cooperate with the international community on the development of its nuclear program. The United States and their European partners are convinced that Tehran is developing nuclear weapons under the guise of a “civilian” nuclear program.

And these conjectures are not groundless. Last week, Gill Tudor, the International Atomic Energy Agency (IAEA) spokesperson, noted that Iran had started enriching uranium to 20% at an underground plant near the city of Qom. This caused concern not only in Washington, London and Paris but in Moscow too.

The Russian Foreign Ministry said that it was forced to admit that Iran was continuing to ignore the demands of the international community to address the concerns about its nuclear program, including stopping construction of the enrichment plant near Qom.

So, what would happen if Iran sealed off the Strait of Hormuz, in the wake of losing its European oil clients? There are two possible scenarios: an economic one and a military one. The United States and the European countries which are members of the International Energy Agency (IEA) can open up their strategic reserves. Under the Agreement on an International Energy Program, every IEA member state must stockpile oil reserves equivalent to at least 90 days worth of its net imports, reduce oil consumption and share oil with other IEA member states. This system proved quite effective during the 1990-1991 Gulf War.

Many analysts also believe that Iranian attempts to block oil traffic through the Strait of Hormuz will prove ineffective because fuel and energy can be transported via oil pipelines in Saudi Arabia and the United Arab Emirates. But a military option is possible if economic measures fail, and if Iran becomes a major obstacle.

If Iranian statements are not empty threats, which seems highly unlikely, and if Tehran does try to stop oil shipments from Persian Gulf countries, then the United States might launch an air strike in order to force Iran to retreat. Such an air strike would force Iran to back down and would also set its military-technical potential back by decades. U.S. Joint Chiefs of Staff Chairman General Martin Dempsey made himself perfectly clear on this issue. “The American military strike could wipe out Iran’s nuclear program. I want the authorities in Iran to understand this,” General Dempsey told CBS television.

A ground operation is obviously out of the question. But it is clear the Iranian air force would not be able to withstand U.S. air strikes for very long. The United States would have no trouble destroying all “suspicious” and absolutely “transparent” Iranian nuclear facilities, including the Bushehr Nuclear Power Plant. U.S. Secretary of Defense Leon Panetta is continuing to act as a peacekeeper. He told CBS television on January 9 that America will “keep up the diplomatic and economic pressure on them to force them to do the right thing. Are they trying to develop a nuclear weapon? No. But we know that they’re trying to develop a nuclear capability. And that’s what concerns us. And our red line to Iran is do not develop a nuclear weapon. That’s a red line for us.”

A U.S. strike against Iran, if it happens, is unlikely to be carried out in order to change the country’s political regime. Instead of overthrowing the regime of the Ayatollahs, Washington would like to weaken Iran’s international and regional influence. Iranian President Mahmoud Ahmadinejad is unlikely to be targeted either. Unlike Muammar Gaddafi, he is not a dictator, but rather a puppet in the hands of Ayatollah (high-ranking Shia Cleric) Ali Khamenei, the Supreme Leader of Iran. It is Ayatollah Khamenei, rather than the president of Iran, who makes all the political decisions in the country. Unlike George W. Bush, the current U.S. President Barack Obama has no plans to “democratize” the Middle East.

His objective is a far more pragmatic one, that is, to retain and strengthen American influence in the region. A theocratic, albeit weak, Iran is much calmer than a “democratic” Iran at a time when the word “democracy” implies political anarchy and economic chaos. The United States still has to establish relations with the new African and Asian “democracies” in Tunisia, Libya, Egypt, Yemen and possibly Syria.

The views expressed in this article are the author’s and do not necessarily represent those of RIA Novosti.

Home » The ‘War Of Nerves’ In Persian Gulf – Analysis