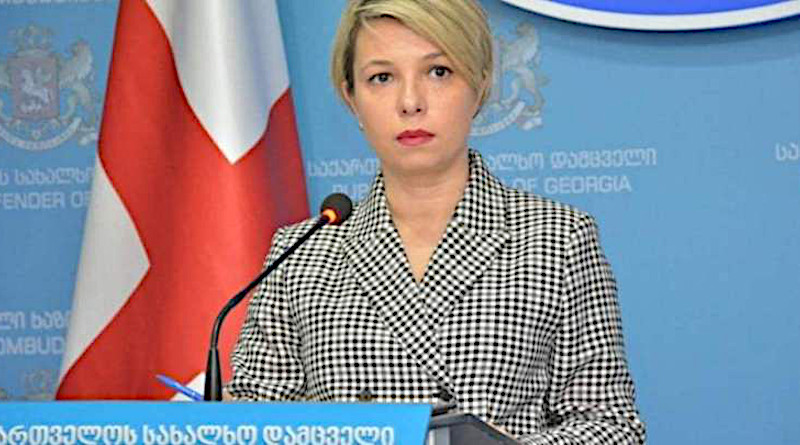 (Civil.Ge) — On February 12, Nino Lomjaria, the Public Defender of Georgia, released a statement addressing Russian national’s extradition to his home country. The Ombudsperson called on the Georgian government not to agree on additional charges against extradited Yaroslav Sumbayev at the behest of the Russian Federation.

In October, 2019, Georgia extradited Sumbayev, who had been accused by Moscow of committing cyber-crime and a murder. Georgian law enforcement officers arrested Sumbayev in November 2018, prompting Russia to demand his extradition. Sumbayev’s defense lawyers claimed that he would become subject to torture and inhuman treatment once extradited to Russia. In May, 2019, Tbilisi City Court found his extradition lawful. The upper instance courts upheld the ruling.

“According to the Prosecutor General’s Office, Sumbayev had not been charged with regard to the offence for which he was sentenced to death”, Lomjaria noted.

The Public Defender stressed that this move would violate the European Convention on Extradition, as “a person who has been extradited shall not be proceeded against, sentenced or detained with a view to the carrying out of a sentence or detention order for any offence committed prior to his surrender other than that for which he was extradited.” The Convention specifies that extradition may not be carried out if the offence for which extradition is requested is punishable by death under the law of the requesting Party and if the Party cannot give sufficient assurance that the death-penalty will not be carried out.

The Public Defender of Georgia stated that “the Russian Federation had asked the Prosecutor General’s Office of Georgia to file additional charges against Yaroslav Sumbayev in connection with E.Sh.’s murder case.”

The Ombudsperson mentioned that under the obligations of the Council of Europe, the Russian Federation had announced a moratorium on the capital punishment. However, Lomjaria called attention to the fact that Russia has a poor record of the cases lost to the European Court of Human Rights with reference to the violations of Article 2 (Right to Life) and Article 3 (Prohibition of Torture) of the ECHR (European Convention of Human Rights).

In light of this fact, Lomjaria said that “the threat of abolishing the moratorium on the death penalty [by Russia] could not be completely ruled out.”

The Public Defender called on the Prosecutor’s Office of Georgia and the Minister of Justice of Georgia not to satisfy Russian Federation’s request. “Otherwise, the rights of Yaroslav Sumbayev may be substantially violated with support and participation of the Georgian party”, concluded the Ombudsperson.