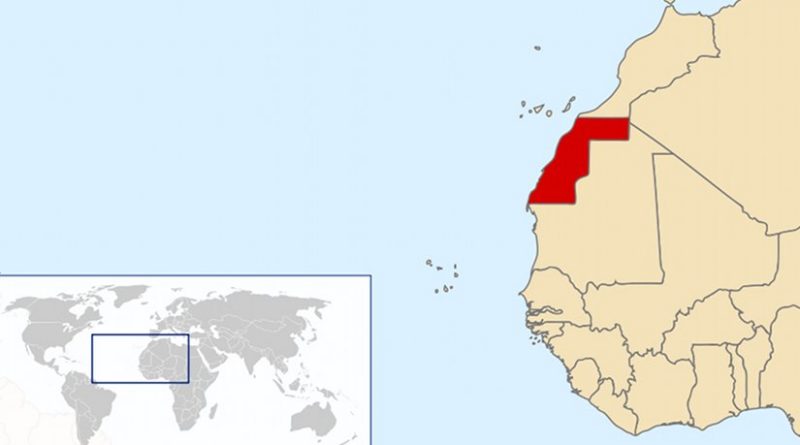 Denmark is fighting for a place on the United Nations Human Rights Council while supporting an European Union fisheries agreement with Morocco that includes Western Sahara, in violation of international law and the ruling of the European Union Court of Justice.

“As a member of the [United Nations Human Rights] Council, Denmark will work for … a world without torture, a world where indigenous peoples’ voices are heard and all their rights respected, a world in which human rights and the rule of law constitute the cornerstone of international and national structures in society.” This is how Denmark presented its candidature for a seat on the United Nations Human Rights Council in 2019-2021.

But this flies in the face of Denmark’s Minister for Fisheries and Equal Opportunities Karen Ellemann’s rhetoric and actions in regard to the last colony in Africa, Western Sahara. A country with a colonial regime that Freedom House regards as more repressive than that of Saudi Arabia and where torture is used with impunity, according to Amnesty International.

In January 2018, the Danish government accepted the European Commission line of negotiations of a new fisheries agreement with Morocco, which includes Western Sahara, after Denmark has voted against such a renewal on two previous occasions.

And only a couple of weeks ago, the person responsible for securing Denmark a place on the Human Rights Council, Karen Ellemann, told the Danish Parliament’s European Affairs Committee that she didn’t see it as essential that democracy and human rights were part of the new fisheries agreement.

“We believe that the peace process [between the Saharawis and Morocco] will be damaged if the EU and Denmark give priority to their own short-sighted economic interests over and above international law and human rights. A fisheries agreement that includes the seas of Western Sahara will undermine attempts to seek a peaceful solution to the Western Sahara conflict and will increase the risk of armed conflict,” the Danish United Nations Association said in a recent statement.

One of the matters that the Human Rights Council attends to is to oversee the so-called Universal Periodic Reviews (UPR), where all UN member states have their human rights situations assessed at regular intervals.

During the last UPR of Morocco in 2017, 12 countries urged Morocco to act in regard to the human rights situation in Western Sahara. Denmark’s UN-attaché Stine Svejborg didn’t mention Western Sahara at all in her chapter, instead commending Morocco on the progress it had made since its last UPR in 2012.

In 2012 Denmark had criticised the Moroccan authorities for attacking peaceful Saharawi demonstrations for independence and for its attacks and detention of demonstrators.

According to Morten Nielsen, Head of Secretariat of Danish solidarity organisation Afrika Kontakt, who has worked with projects and campaigns on Western Sahara for over a decade, all this shows that the present Danish position is simply hypocritical.

Also since the Danish parliament in June 2016 unanimously passed a motion on Western Sahara that urges Danish companies and the Danish public sector not to trade with Western Sahara unless it benefits the population of the country, i.e. the Saharawis.

“On the one hand the Danish government says it supports the peace process in Western Sahara. But at the same time Denmark undermines the UN’s attempts at finding a solution to the conflict by okaying the fisheries agreement in violation of international law and keeps quiet about Morocco’s human rights abuses in Western Sahara,” says Nielsen.

* Peter Kenworthy is a journalist at Afrika Kontakt