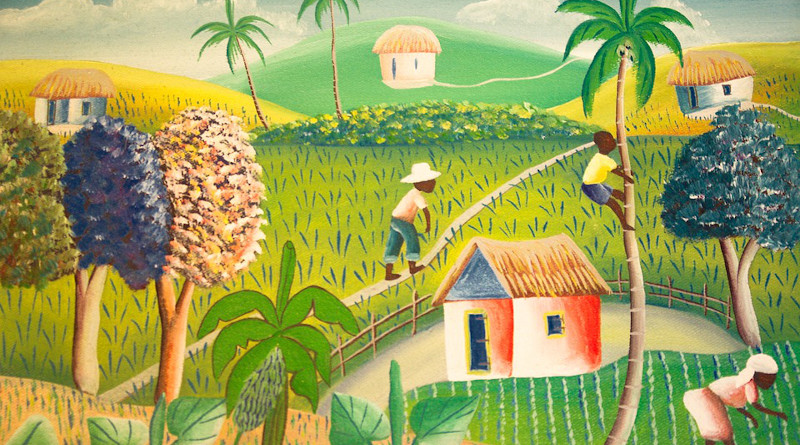 Haitians pool resources, launching small savings and credit groups that lend and invest in community projects – with an emphasis on saving.

In the decade since an earthquake devastated Haiti, the United States and other governments poured more than $13 billion into recovery and rebuilding efforts. Well-intentioned international organizations drew up elaborate plans for industrial parks and other large-scale investments, with talk of stable democratic governance and an escape from the cycle of poverty that has long troubled the country of 11 million people.

While the money relieved suffering and did help build some infrastructure, it did not catalyze sustainable development. There are many reasons, including Haiti’s longstanding political problems. But there can be little doubt that traditional strategies did not achieve intended goals. Yet some development projects have worked in Haiti over the past 10 years, and one of these is savings and credit programs.

Development is premised on the concept of investment in human capital. However, donors rarely focus on the fundamentals of saving for those communities in international development projects. Donors want to distribute grants, measuring and evaluating results of that spending over a relatively short time. While this makes sense in terms of accountability, over the long term, individuals do not save to build capital.

One response has been microfinancing in the Grameen tradition – small loans from banks with low interest rates. This model, successful in the short term, has shown some drawbacks over time. Banks expect repayment in a timely fashion; borrower defaults can lead to debt traps and further poverty. In many rural areas, no banks or small loans are available, with the poor often forced to borrow from unscrupulous lenders who charge high interest rates and defaulters, again, forced into deeper poverty.

Another take on microfinance are savings and credit groups. In this model, participants pool their resources, and then lend to each other or invest in their communities. It is estimated more than 10 million people participate in such programs around the world. By taking control over their finances, individuals can decide whether they want to invest in a small business or farm, invest in a child’s education or address other needs. Many community savings groups use pooled funds to build water wells, schools or clinics. They set their own priorities and establish control over the public goods they build.

Often, community groups grow capital so quickly they need to form cooperatives to manage it. They then move to a higher level of credit and growth, developing accounting, marketing, public advocacy and other business skills necessary to expand markets and output.

This is what is happening in some communities in Haiti.

Before the January 2010 earthquake, Meladine Dalphinis was a tailor. With her workplace and livelihood destroyed, she went into farming. This provided her and her children a sustenance income. In 2015, Dalphinis learned about World Neighbors and a local community-based partner organization. The savings and credit groups determine interest rates and she became involved. This Haitian group offered a rate of 2.5 percent, a rate recommended by World Neighbors. Dalphinis took out a $35 loan, which she used to expand her leek fields and build a small fishpond. Her family eats the fish, a crucial source of protein, and she sells the surplus in the local market. This generated enough profit to invest in livestock. Our local partner taught Dalphinis to use animal waste to fertilize her crops – a critical method to reduce costs, increase profit and avoid the health risks of handling chemical fertilizers. Surplus livestock fertilizer is another source of revenue and profit.

Today Dalphinis runs a substantial family farm, and many of her neighbors in Odige do the same. It all comes back to the ability to save and invest, relying on technical support to make that investment profitable and sustainable. Right now, World Neighbors works with 20 savings and credit groups in the Artibonite region of Haiti. Another 28 groups thrive on their own after graduating from assistance. Each group averages about 30 people, with 1,500 people working together to save for their families and communities. These 48 groups grow their businesses, in the process learning financial skills and lifting entire communities out of poverty.

There are five ways international development groups can assist communities with savings and credit initiatives:

1) Self-management: A savings and credit group needs to manage itself, free of direct control by non-government organizations. Otherwise, the group cannot sustain itself after the development group leaves. By training community-based groups and offering a participatory process to identify community leaders, an international development organization can relinquish day-to-day management of the funds. In Haiti and the 13 countries where World Neighbors works, including Kenya, Nepal and Timor-Leste, community leaders have gone on to teach other communities how to establish and run their own savings and credit programs. Like savings itself, these programs build upon themselves.

2) Long-term commitment: The often-lengthy time involved in amassing significant capital argues for long-term involvement by international development groups. In Haiti, this means up to 10 years. This requires that donors not be rigid about measuring success through short-term “metrics.” Investors in tech companies are patient. Consider, it took Amazon nearly 10 years before it reported its first profit. Development groups and donors should be likewise patient as poor communities work to amass enough capital to catalyze self-sustaining income and wealth creation. World Neighbors does not provide seed money so it can take time to accumulate savings. In very poor communities, the groups start out saving small amounts, but quickly amass capital and begin lending.

3) Gender equality: An inclusive approach helps communities begin to challenge the gender assumptions and discrimination that hinder women’s ability to work and earn an income outside of the home. As Dalphinis’s experience demonstrates, women are eager to take advantage of opportunities and share their success. In many countries, this economic leadership translates into political leadership. For instance, in Bihar, India, Munni Devi joined a savings and credit program run by a local partner of World Neighbors. Successful in increasing her family’s agricultural output, she formed her own savings and credit group. Group members served as her base when she successfully ran for sarpanch, the head of her village council – the first woman to serve in that position.

4) Avoid banks: Community-based savings and credit programs avoid high interest rates and onerous conditions placed on borrowers when they struggle to repay loans. In small communities, groups set their own low rates and help when borrowers fail to make a payment.

Lack of bank involvement does not mean these groups cannot scale up to have the capital to invest in larger projects, like food processing plants. To do so, they come together to form savings and credit cooperatives. In Kenya, for example, the Akukuranut Development Trust has successfully evolved from a collection of small savings and credit groups to a sizeable cooperative registered with the government. Nevertheless, the cooperative maintains roots in the communities and continues to lend at low rates.

In rural isolated areas where bank branches are rare, these groups provide the opportunity for credit without the dangers of high-interest lenders who often prey on the poor.

5) Help communities create endowments: Many groups invest the capital they initially saved back into the community through institutions that live on long after original funders leave. World Neighbors is not alone. Other development organizations, large and small, use the methodology with great success, including CARE, Oxfam, CRS, PLAN, and the Bill and Melinda Gates Foundation – all helping communities to create endowments with an eye toward sustaining the wealth they accumulate.

Savings and credit groups are no magic wand. They only work as part of a holistic approach that involves health, water, sanitation, improved agricultural techniques, education and other services. But income generation and wealth creation are not sustainable without some kind of long-term savings mechanism.

In light of the current COVID-19 pandemic, these mechanisms will be essential as the global economy tries to get back on its feet. This crucial component that improves lives in Haitian communities will help there and numerous countries as all begin to recover from the pandemic.

Also read the article “Impact of Savings Groups on the Lives of the Poor,” in the Proceedings of the National Academy of Sciences, by Dean Karlan, Beniamino Savonitto, Bram Thuysbaert, and Christopher Udry.

The World Bank’s Global Findex database posts the percentage of adults with a financial account by country.