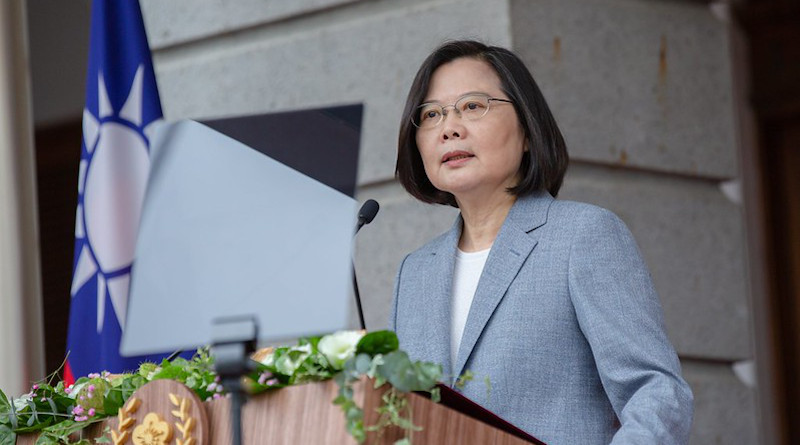 Taiwan has arguably had the world’s most effective response to the COVID-19 pandemic. Despite its close proximity to China, it has fewer than 500 cases and only six deaths among its roughly 23 million residents. Taiwan’s close proximity to China meant they had to act quickly to manage the crisis—while much of the world didn’t—which also helps explain its effective response. Taiwan is an example of how a democratic government can respond quickly to a crisis and protect its citizens. Taiwan has received—though perhaps only recently—significant international spotlight with much praise for its efforts.

The country strongly believes that its future as a nation is tied to its democratic ideals and freedom of speech, which has allowed Taiwan to thrive and become a world hub for innovation in science and engineering.  Taiwan is now the fourth most competitive country with regards to “innovation capability,” according to the 2019 Global Competitiveness Report and third for the number of patent applications per million of the population.

Taiwan’s president, Ms. Tsai Ing-wen, said, “We value the lifestyle of democracy,” in her recent victory speech in Taiwan’s presidential elections.  I have experienced this firsthand, as I had the opportunity to visit Taiwan in 2018 as part of the Mosaic Taiwan fellowship program sponsored by the Ministry of Foreign Affairs and met the president of Taiwan. Here I learned how committed the country is to its democratic ideals, freedom of speech, and globally oriented innovation.

Taiwan shines brightly as a leading innovator in the battle against COVID-19, given its ability to harness big data and cellphone tracking to help mitigate the spread of the virus. A recent article published in the Journal of the American Medical Association (JAMA) highlights how Taiwan leveraged its national health insurance database and integrated its immigration and customs database to begin the creation of large amounts of data for analytics. Taiwan began issuing alerts to travelers, tracking incoming travelers to the country, and making sure that anyone who showed any symptoms was being quarantined and tracked. As a result, many people were quickly quarantined, queues were controlled, and the necessary personal protective equipment (PPE) products were distributed.

This shouldn’t come as a surprise to anyone that has the visited the island. Taiwan has been a world leader in innovation for many years, and four Taiwan entities were listed among the world’s top 100 innovators, according to a 2020 report from Clarivate Analytics, a Philadelphia and London-based Company. However, the Word Health Organization (WHO) has not discussed the brilliant efforts of Taiwan in tackling the COVID-19 pandemic. Indeed, there was an incident where a journalist asked a senior WHO adviser on a conference call about Taiwan’s COVID-19 response and the WHO official shut down the reporter and dodged the question.

For over 50 years, mainland China has blocked Taiwan from joining the WHO, even though China has no authority over the Island. The Chinese Communist Party (CCP) officially considers Taiwan part of its territory and forces international organizations—including the United Nations and its agencies like the WHO— to do the same. Throughout the last few decades, China has sought to isolate Taiwan as it continues to pressure other countries to cut ties with Taiwan. President Tsai’s dominant reelection victory in the 2020 elections where she won with 57% of the vote clearly demonstrated that the Taiwanese people do not care to join China, which no doubt was bolstered by Beijing’s heavy-handed activities on display with the Hong Kong protests.

Several other non-United Nations members have been granted observer status to the WHO such as Palestine, the Holy See and Order of Malta. Being able to participate in the WHO, each tiny nation is eligible to promote dialogue, discuss ideas, share scientific research, and cooperate on new vaccines. But, Taiwan isn’t a member of the WHO, let alone an observer, because China claims that Taiwan is a troubled province of China and pressures other countries around the world to not recognize the independence of Taiwan in any form.

Taiwan has much to teach the World about its containment of the COVID-19 virus. Many countries around the world can take lessons from Taiwan, including the European Union and the United States. Taiwan deserves an opportunity to join the WHO. The island has proven itself numerous times as a reliable international partner, as Taiwan is able to play a leading role in addressing critical challenges such as harnessing technology to help halt the spread of infectious diseases and promoting scientific cooperation.

*David Kirichenko is a former Mosaic Taiwan fellow and an alumnus of the Yenching Global Symposium initiative at Peking University. David frequently publishes articles and his work can be read at the Pacific Forum, Taipei Times, Euronews among others.