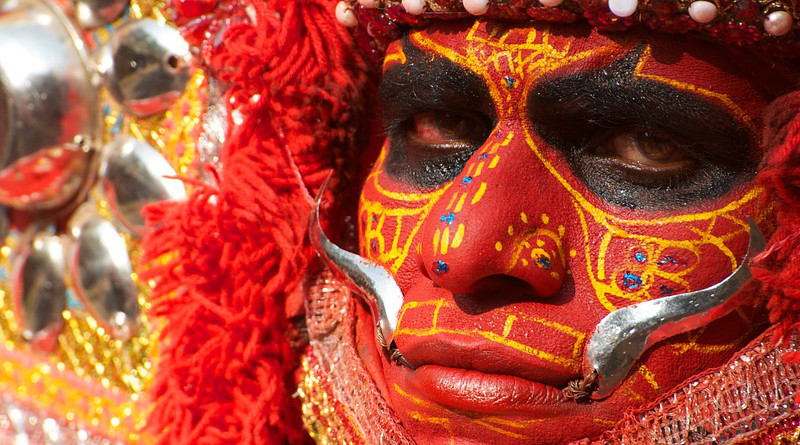 India’s government is neglecting the creeping danger of Hindu extremism. The nation has seen several mass riots from Ayodhya in 1992 and Gujarat in 2002 to the recent New Delhi riots in February 2020.

The BJP government was criticised for its slow and passive reaction to the ‘anti-Muslim pogrom’. The Hindu nationalist BJP is giving Hindu extremists impetus to violate minority rights. Key state organs are also responsible for extremist violence in the country. The police, judiciary and federal government are all increasingly aligned with Hindu majoritarianism despite their non-partisan mandates, encouraging the scourge of extremism.

Hindu extremism benefits from political support and sympathy among many in the police. Steven Wilkinson regards the inaction of police officers during ethnic clashes as pervasive, attributing their passive behaviour to a fear of retribution from their political superiors that could ruin their careers. Some are actively sympathetic to Hindu extremism. In one study, 35 per cent of officers felt it was appropriate for a Hindu mob to punish a Muslim culprit who slaughtered cows. The study also found a general disdain for Muslims among police who often assume they are criminals.

India’s judiciary is similarly tainted by Hindu extremist bias, leading to laws being interpreted unfavourably towards minorities. In November 2019, the Supreme Court of India ruled that a temple should be erected on disputed land in Ayodhya. The court order retrospectively legitimised the historical destruction of the Babri Masjid mosque in 1992 and the violence that caused thousands of deaths. The Babri Masjid was destroyed by Hindu extremists who claimed the site to be the birthplace of the Hindu god Lord Rama. The verdict galvanised Hindu extremists — especially in a political landscape where a Hindu nationalist party holds power.

The Supreme Court’s political neutrality also came into question when Judge Arun Mishra praised Prime Minister Narendra Modi in an open display of partisanship, labelling him a ‘versatile genius who thinks and acts globally’. A Delhi High Court justice who was critical of the BJP’s role in instigating the Delhi riots was also transferred to another state without proper cause.

The current federal administration run by the BJP shows greater disregard for ethnic clashes than the previous Congress government. Christophe Jaffrelot argues that inaction is now the norm. Modi harbours extremist views but is careful not to explicitly reveal his position. He moderates his nationalist stance just enough to nominally maintain solidarity with minorities and to protect his international reputation. Yet the effects of his extremist beliefs were evident in his inaction as chief minister during the 2002 Gujarat riots.

Modi also relies on the Rashtriya Swayamsevak Sangh (RSS), a Hindu nationalist paramilitary volunteer organisation, for support and is reluctant to antagonise it. The RSS has substantial clout through its thousands of branches throughout the country. Its millions of members are staunch believers of Hindutva and many of Modi’s cabinet members and cadres have expressed their loyalty to the RSS. Amit Shah, a former RSS student wing leader, is notably the current home minister. He is credited with pushing through the citizenship law that fast tracks non-Muslim refugees toward citizenship. Modi must embrace Hindu nationalist policies to capture political capital in his own administration.

The spread of Hindu nationalism has been too rapid for the government to adjust to. In India’s largest state of Uttar Pradesh, a Hindu nationalist leader Yogi Adityanath was appointed as chief minister by Modi after the BJP won the state election in 2017. The state has since witnessed a rise in so-called ‘anti-Romeo squads’ that hunt down ‘love jihadis’ — Muslim men courting Hindu women.

Violence against Muslims who slaughter cows for a living is also increasing. The gau rakshaks (cow protectors) commit violent acts by instigating mob justice and beating Muslims suspected of cow slaughter or transport. With a federal government that advocates for a Hindu nation, it is difficult to control the extent of Hindu extremist violence without the government alienating its core supporters. Many Hindu extremists see themselves as doing what the government secretly desires.

The extremist Hindutva ideology promoted by the BJP draws support from a significant section of society. Alex Schmid describes the section of society that sympathises with extremists and supports them ‘morally and logistically’ as the ‘radical milieu’. They act as the ‘supportive or even complicit social surrounding’ to endorse extremism.

The police, judiciary and federal government each feed into Hindu extremism. Their continued inaction erodes India’s secular identity and allows the Indian state to brandish a Hindu majoritarian view that endorses extremism. Hindu secularists and minority groups in India ultimately risk being put in a position at the mercy of a state overrun by Hindu extremism.

*About the author: Balachander Palanisamy is a graduate student at the S Rajaratnam School of International Studies (RSIS), Nanyang Technological University (NTU), Singapore.

2 thoughts on “The Creeping Danger Of Hindu Extremism – Analysis”