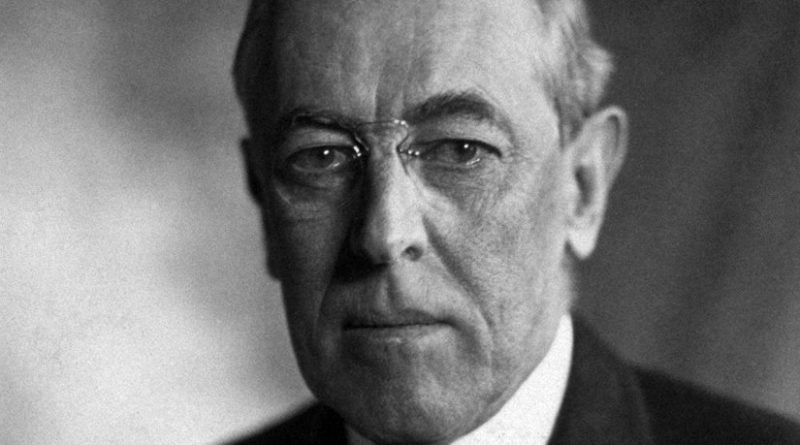 Princeton University’s board of trustees has voted to remove Woodrow Wilson’s name from its public policy school and one of its residential colleges. Wilson is not only a former US president but also served as Princeton’s president from 1902–1910.

The reason for the board’s action is Wilson’s racism. He didn’t want blacks applying to Princeton. He segregated the civil service, which previously had been integrated. In an economic downturn, he laid off postal workers, who were predominantly black.

There is another good reason, though, for removing Wilson’s name from Princeton, one that most everyone simply ignores. He embroiled the United States in World War I, which led to the meaningless deaths of more than one hundred thousand US soldiers. Another half a million Americans died from the Spanish flu that the war helped spread.

Wilson’s interventionism was contrary to America’s founding principle of noninterventionism, which was summarized in John Quincy Adams’s Fourth of July address to Congress in 1821. Adams pointed out that America did not “go abroad in search of monsters to destroy” with an interventionist foreign policy. Adams stated that if America were ever to abandon that founding foreign policy, she would become a “dictatress” of the world.

One thing is for sure: Wilson’s war made him one of the dictators of the world. When less than one hundred thousand American men volunteered to fight in his war, Congress authorized Wilson to conscript 10 million Americans. Conscription, of course, is based on force. Wilson forced American men to fight his foreign war, on pain of harsh punishment if they refused to do so.

Unfortunately, that was not the end of Wilson’s dictatorial actions. He also made it a federal felony offense for any American to challenge his conscription system. Those who dared to exercise freedom of speech by doing so incurred Wilson’s wrath. He went after them with a vengeance, sending innocent Americans into federal penitentiaries with long jail sentences. One example was the socialist leader Eugene Debs, who received a ten-year jail sentence for delivering an antiwar speech in Ohio (and who received almost a million votes for president while serving his sentence in a federal prison).

Wilson’s reign of terror didn’t end there. As a result of the fierce anti-German fervor that he encouraged through government propaganda, bans were enacted on sauerkraut, beer, and teaching German in public schools.

Alas, Wilson’s intervention achieved the exact opposite. By subjecting the defeated Germany to the harsh provisions of the Treaty of Versailles, Wilson’s intervention gave rise to the conditions that Adolph Hitler seized upon to rise to power. Within twenty years, the European powers were back at war, which then led to America’s involvement in World War II, which was then followed by forty-five years of a cold war against the communist Soviet Union (which had been Wilson’s wartime partner and ally and Hitler’s wartime enemy), the Korean War, and the Vietnam War.

In other words, Wilson’s war did not “end all wars” and it did not make the world “safe for democracy.” Those 116,516 American men whom Wilson sacrificed in World War I died for nothing.

It’s probably worth mentioning that the Wilson regime also established the Federal Reserve System in 1913, which not only financed his war but also ended up destroying the finest monetary system in history, one based on gold and silver coins, which had been established by the Constitution and had been the official monetary system of the United States for more a century.

And, of course, we shouldn’t forget that it was Wilson who enacted the federal income tax, which also helped finance his war. It also overturned America’s founding system that had lasted for more than a century, one in which Americans were free to keep everything they earned.

There are at least four good reasons for removing Wilson’s name from Princeton University buildings—his racial bigotry, his embroiling the United States in World War I, his founding of the Fed, and his enactment of the federal income tax.

Home » Other Reasons To Remove Wilson’s Name At Princeton – OpEd