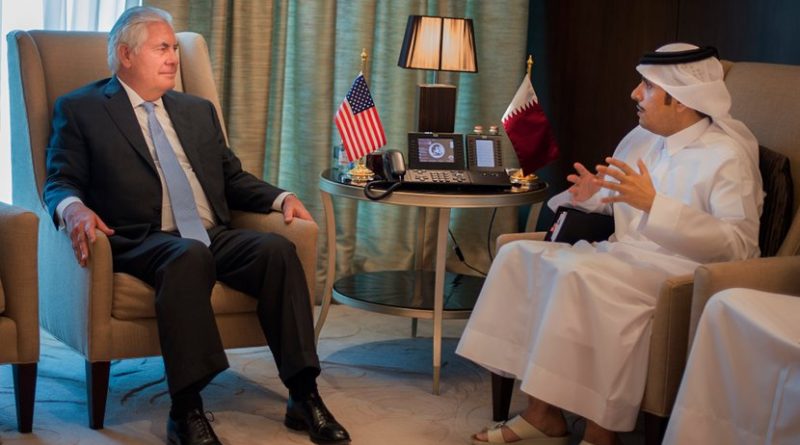 A two-month old crisis pitting Qatar against an alliance led by the United Arab Emirates and Saudi Arabia is proving to be a double-edged sword.

On the one hand, it has revived momentum for unprecedented, albeit snail-paced social reforms, initially sparked by Qatar’s winning bid for the 2022 soccer World Cup. Those reforms break with policies among the six members of the Gulf Cooperation Council (GCC) – Saudi Arabia, the UAE, Qatar, Kuwait, Oman and Bahrain – that until now where wholly designed to protect the region’s autocratic rulers rather than enhance rights.

Ironically, the revived reform momentum constitutes an unintended consequence and an indication of ways in which the UAE-Saudi led diplomatic and economic boycott of Qatar has backfired. It suggests that Qatar’s refusal to comply with the alliance’s demands that effectively would have put Qatar under Saudi and UAE custodianship is likely to impact long-standing social, economic and political relationships in the Gulf in ways that the Gulf states had not envisioned.

On the other hand, the crisis threatens to escalate a Middle Eastern arms race that tiptoes around developing nuclear capabilities and has laid bare military ties between North Korea and a key Qatar detractor, the UAE. Ironically, the social change aspect permeates even the military dimension of the crisis.

The boycott of Qatar, Mr. Fuller added, constitutes a “new display of Saudi aggressiveness and vengefulness against Qatar (from which) we gain flashes of insight into what the shape of things to come in Peninsula geopolitics might be.”

The crisis and the wave of nationalism and support for Qatar’s emir, Sheikh Tamim bin Hamad Al Thani, it has sparked, has convinced the Gulf state that its past strategy of emphasizing soft as opposed to hard power is insufficient to guarantee security.

As a result, Qatar has radically increased its arms purchases with a recent $12 billion deal to buy US F-15 fighter jets and a $7 billion naval vessel acquisition from Italy. Britain’s Department for International Trade reported that Qatar since 2015 had moved from the world’s sixth largest to the third largest buyer of military equipment. The Stockholm International Peace Research Institute (SIPRI) said Qatari arms purchases had increased a whopping 282 percent since 2012.

Qatar signalled changes in its defense and security policy in 2014, the year the UAE and Saudi Arabia first unsuccessfully tried to subject Qatar to their will by withdrawing their ambassadors from Doha, with $24 billion worth of arms purchases.

The flurry of deals contrasts starkly with Qatar’s earlier reputation as a state that eyed major defense acquisitions, but to the frustration of the US defense industry, often did not follow through. They put a spotlight on an arms race that potentially could have far-reaching consequences as well as the willingness of Gulf states to keep a door open to the development of missile and nuclear options.

A leaked US State Department memo attached to an email from the hacked email account of the UAE ambassador to Washington, Yousef al-Otaiba, expressed concern about a $100 million Emirati purchase of North Korean small and light arms in 2015, facilitated by an Emirati company allegedly owned by a close associate of UAE Crown Prince Mohammed bin Zayed. The memo warned that North Korea “relies on overseas arms sales like this to sustain and advance its nuclear and ballistic missiles programs.”

Given that the UAE would have had no problem acquiring the weapons elsewhere, the purchase appears to have been a bid to ensure access to missile and nuclear technology and persuade North Korea to restrict any dealings with Iran as well as Iranian-backed Houthi rebels in Yemen.

Moreover, the Washington-based Institute for Science and International Security (ISIS) warned earlier this year that “there is little reason to doubt that Saudi Arabia will more actively seek nuclear weapons capabilities, motivated by its concerns about the ending of (Iran’s) major nuclear limitations starting after year 10 of the (nuclear) deal or sooner if the deal fails… “The current situation suggests that Saudi Arabia now has both a high disincentive to pursue nuclear weapons in the short term and a high motivation to pursue them over the long term.”

Signalling changing attitudes and policies in the Gulf, Qatar, one of the first Gulf states to introduce compulsory military service, is focussing its national service program on strengthening its security forces in a bid to not only to enhance homeland defense but also national cohesion. The program is partnering with Qatar Foundation’s Education City to include research that would support the military effort.

Critics dismiss Qatar’s recent social policy changes as too little and primarily intended to garner international support in its dispute with the UAE-Saudi-led alliance. Indeed, reforms such as the recent introduction of permanent residency for a top layer of expatriates don’t benefit unskilled or semi-skilled workers.

Similarly, the lifting of visa requirements for nationals of 80 countries, that interestingly did not include Iran, fails to address the issue of exit visas, a major bone of contention in efforts by human rights groups and trade unions to get Qatar to radically reform, if not abolish, its contentious kafala or labour sponsorship system.

To be sure, Qatar has been slow to respond to both international calls for a change of its labour system and domestic complaints about issues about economic and educational benefits as well as social issues such as the refusal to grant citizenship to children born in marriages of Qatari women to foreign men and restrictions on marrying a partner of one’s choice. Children of Qatari women were included among those eligible, but were not given the right to citizenship.

Nonetheless, they make Qatar the first Gulf state to accord to foreigners any sort of rights granted until now only to citizens beyond those associated with residency permits linked to a period of employment.

The changes also fit a pattern of carefully shattering taboos about public discussion of issues like gay rights, norms for women’s dress in public, and the right to marry a person of one’s choice, that emerged as a result of Qatar’s heavy investment in sports as a soft policy tool and the leveraging of Qatar’s successful World Cup by human rights groups and trade union to pressure Qatar.

A litmus test of how far Qatar is willing to push change is a crucial hearing in November by the International Labour Organization (ILO) that will evaluate whether the Gulf state has complied with promises to improve the living and working conditions of migrant workers.

The ILO warned that it would establish a Commission of Inquiry if Qatar had failed to act by November. Such commissions are among the ILO’s most powerful tools to ensure compliance with international treaties. The UN body has only established 13 such commissions in its century-long history. The last such commission was created in 2010 to force Zimbabwe to live up to its obligations.

“The eyes of the world are on Qatar. The opportunity for the government is obvious, if it wants to prove its critics wrong… If the government takes the other path, of continuing to promote hollow reforms, then migrant labour abuse will be the gift that keeps on giving for Qatar’s political opponents,” said James Lynch of Amnesty International.