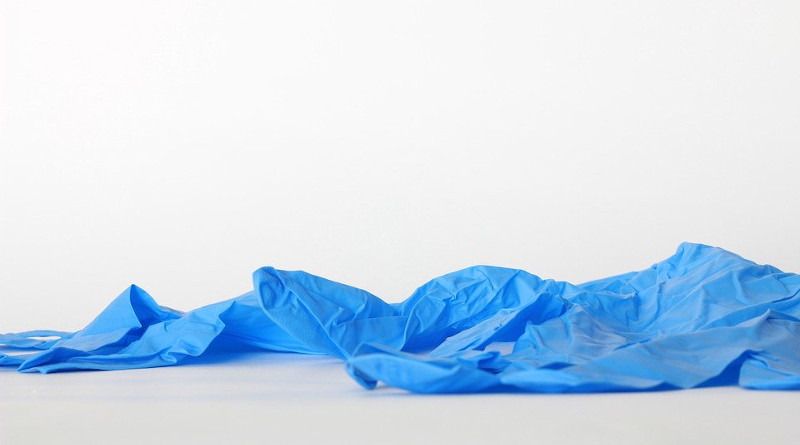 By Hadi Azmi and Nani Yusof

The world’s largest rubber-glove maker, which is based in Malaysia, announced that it has begun compensating migrant workers in response to a U.S. import ban on its products over forced labor claims amid the coronavirus pandemic.

The Malaysian firm Top Glove Sdn Bhd said it had paid 4.4 million ringgit (U.S. $1 million dollars) of 53 million ringgit ($12.6 million) in “remediation fees,” subject to finalization with the U.S. Customs and Border Protection agency as part of efforts to resolve the issue.

The agency last month announced a so-called Withhold Release Order (WRO) against Top Glove and its subsidiary, TG Medical Sdn Bhd, which operate 40 plants in Malaysia, four in Thailand and one in China.

In Washington, a spokesperson for the U.S. customs agency said late Monday it could not provide a timeline for a resolution of the issue, adding that Top Glove had submitted an initial petition and was asked for more information.

“CBP is not able to specify a timeline for resolving the identified forced labor concerns. CBP will not modify or revoke a Withhold Release Order until it receives proof that establishes the admissibility of the affected merchandise,” the spokesperson said in an email response to BenarNews.

The WRO, which went into effect on July 15, did not affect personal protection equipment gloves manufactured by Top Glove in Thailand.

At the time, company officials responded that the order was linked to migrant workers being forced to pay fees to recruiters without the company’s knowledge. The officials said the practice ended in January 2019 when it began paying those fees.

“The total remediation fee to be paid is estimated at 53 million ringgit ($12.6 million) subject to finalization with the U.S. CBP,” Top Glove said in a statement posted on its website Monday. “At the same time, Top Glove continues to actively engage with the U.S. CBP [Customs and Border Protection] toward resolving the WRO expeditiously.”

The next day, July 17, BenarNews asked CPB officials for more detailed information about the allegations against Top Glove, including where the forced labor had occurred, but they gave a broad answer.

“CBP has a statutory responsibility to prevent goods made in whole or in part with forced labor from entering U.S. commerce,” according to an excerpt of the agency’s response then to follow-up questions.

“When investigating allegations of forced labor, CBP collects information from a wide array of sources, including government agencies, non-government organizations, and media reporting. CBP thoroughly evaluates this information for International Labor Organization indicators of forced labor, which include abusive living and working conditions that workers would never freely accept,” the agency said.

Top Glove officials, meanwhile, vowed to have a resolution within two weeks, and followed up with a news release on July 30 saying that it was involved in “cordial and constructive” dialogue with CBP.

“We have made good progress and look forward to arriving at an agreement on remediation within the month of August 2020, upon which we plan to commence remediation payment immediately. This will enable us to continue delivering our gloves especially to first respondents whose safety and lives are on the line during this critical time,” company officials said.

As the COVID-19 pandemic continues, Top Glove has begun making face masks and plans to manufacture medical gowns and sanitizers, Reuters news service reported, adding that the company was seeking to export the masks in a couple of months.

Managing Director Lee Kim Meow told Reuters on Tuesday that his company was looking to be a “one-stop infection control center.”

About a week after the July 15 announcement by the U.S. customs agency, the Malaysian government said it found no elements of forced labor as claimed in the Work Release Order, according to a press statement from the Ministry of Human Resources.

“The investigation was conducted at Top Glove headquarters in Meru, Klang on July 13. The company was found flouting the rules under the recovery MCO [movement control order], such as no social distancing between workers at the workplace and crowded accommodation for workers,” the ministry said in the statement dated July 21. “Nevertheless, there was no violation involving forced labor that was found.”

The ministry said investigators had found no evidence of excessive overtime or that workers’ passports were held by the company. It also said it was aware the WRO would affect the country’s image internationally and could influence foreign investors.

“The government is committed and will not compromise when it comes to addressing the issue of forced labor in the country,” it said.

Another Malaysian rubber glove manufacturer, WRP Asia Pacific Sdn Bhd, was subject to its own WRO over forced labor concerns in September 2019. The order was lifted in March after the company addressed U.S. concerns, according to the website of the customs agency.

That same month, Malaysia’s glove manufacturers appealed to their government to exempt them from a nationwide COVID-19 lockdown, warning there could be a “chronic shortage” amid surging demand.

The Malaysian Rubber Gloves Manufacturers Association issued a statement at the time, claiming that its members were expected to deliver 225 billion medical gloves or about 65 percent of the world’s requirement of 330 billion this year.