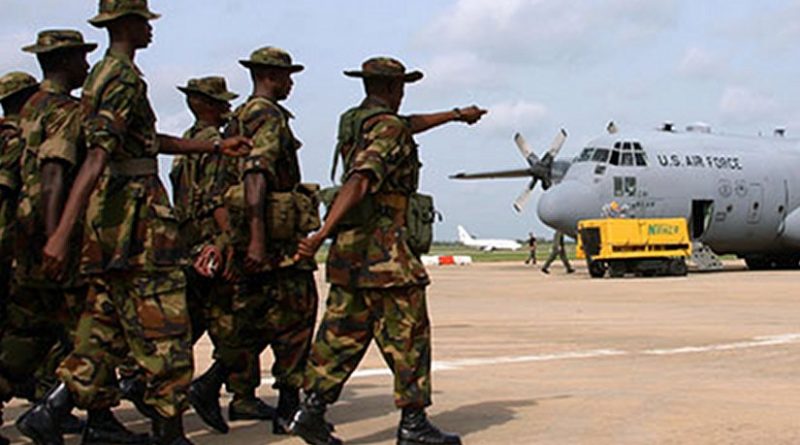 The Nigerian military has arbitrarily detained thousands of children in degrading and inhuman conditions for suspected involvement with the armed Islamist group Boko Haram, Human Rights Watch said in a report. Many children are held without charge for months or years in squalid and severely overcrowded military barracks, with no contact with the outside world.

The 50-page report, “‘They Didn’t Know if I Was Alive or Dead’: Military Detention of Children for Suspected Boko Haram Involvement in Northeast Nigeria,” documents how Nigerian authorities are detaining children, often based on little or no evidence.

Children described beatings, overwhelming heat, frequent hunger, and being packed tightly in their cells with hundreds of other detainees “like razorblades in a pack,” as one former detainee said.

“Children are being detained in horrific conditions for years, with little or no evidence of involvement with Boko Haram, and without even being taken to court,” said Jo Becker, children’s rights advocacy director at Human Rights Watch. “Many of these children already survived attacks by Boko Haram. The authorities’ cruel treatment adds to their suffering and victimizes them further.”

Between January 2013 and March 2019, Nigerian armed forces detained over 3,600 children, including 1,617 girls, for suspected involvement with non-state armed groups, according to the UN. Many are detained at Giwa military barracks in Maiduguri, the main military detention facility in Borno State.

The Nigerian government should sign and put into effect a United Nations handover protocol to ensure the swift transfer of children apprehended by the military to child protection authorities for rehabilitation, family reunification, and community reintegration. Other countries in the region, including Chad, Mali, and Niger, have already signed such protocols.

In June 2019, Human Rights Watch interviewed in Maiduguri 32 children and youth who had been detained as children at Giwa barracks for alleged involvement with Boko Haram. None of the children said they were taken before a judge or appeared in court, as required by law, and only one saw someone who he thought may have been a lawyer. None were aware of any charges against them. One was detained when he was only 5 years old.

Nigerian authorities arrested the children during military operations, security sweeps, screening procedures for internally displaced people, and based on information from informants. Many of the children said they were arrested after fleeing Boko Haram attacks on their village or while seeking refuge at camps for internally displaced people. One said he was arrested and detained for more than two years for allegedly selling yams to Boko Haram members. Several girls had been abducted by Boko Haram or forced to become Boko Haram “wives.”

Approximately one-third of the children interviewed said security forces beat them during interrogation after their arrest or at Giwa barracks. One girl who was forced to marry a Boko Haram member said that after soldiers captured her, “The soldiers were beating us with their belts, calling us names and telling us they will deal with us because we are Boko Haram wives.”

Others said they were beaten if they denied association with Boko Haram.

Children described sharing a single cell, approximately 10-by-10 meters, with 250 or more detainees. They said the stench from a single open toilet was often overwhelming and that detainees sometimes fainted from the heat. In Maiduguri, the average annual maximum temperature is 35 degrees Celsius and temperatures can exceed 40 degrees.

Nearly half of the children said they saw dead bodies of other detainees at Giwa barracks. Many said they suffered frequent thirst or hunger.

Fifteen of the children had been detained for more than a year, and some had been held for more than three years. None had been allowed to contact family members outside the detention center, nor had the authorities contacted their families. Such cases may constitute enforced disappearances, a serious human rights violation.