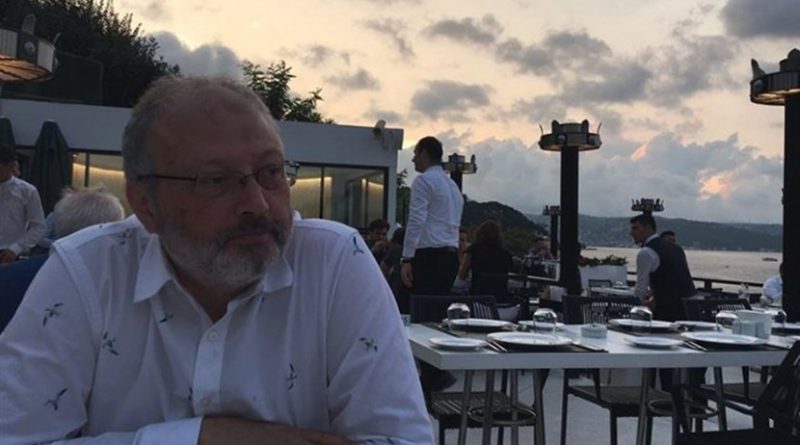 Let us start with the obvious: There is certainly much more than meets the eye when it comes to the disappearance of Jamal Khashoggi.

As a friend, a fellow journalist — and a former deputy editor of Arab News — his sudden vanishing certainly raises serious concerns, particularly as the incident happened in Turkey, a country known for its hostility toward the media.

Indeed, it is surreal that the Turkish authorities are suddenly championing freedom of expression. One would think they ought to start with looking in their own back garden.

More importantly, Khashoggi is not a Turkish citizen but a Saudi one. We should not forget that the Kingdom has instructed an official investigation to take place. Riyadh has also, through its ambassador in the US, which was Khashoggi’s last place of residence, expressed solidarity and great concern about his disappearance.

The only thing Saudi Arabia is not doing is responding to every piece of unsubstantiated reporting or wild claims out there. Emotions aside, this is the correct thing to do. After all, there is a formal investigation in place and it must be allowed to be conducted without interruptions or distractions.

Of course, the Saudi silence may trigger people to point fingers. This is understandable, given that Khashoggi was last seen entering the consulate in Istanbul more than a week ago. There is also the fact that he had been critical of the government since he moved to the US late last year.

Yet people forget that Khashoggi was part of the establishment until recently. He left the Kingdom — voluntarily — at around the same time the Anti-Terror Quartet (comprising Saudi Arabia, the UAE, Bahrain and Egypt) decided to impose a boycott on Qatar which, along with Turkey, supported the Muslim Brotherhood.

Khashoggi also expressed — via his official Twitter account — unfavorable views that could have been deemed sympathetic to Al-Qaeda and Daesh. In other words, he was more than just a journalist and somewhat of a political Islam activist as well.

So, while on one hand concerned journalists have a right to question Khashoggi’s disappearance, we should not ignore that there is also much at play here from a Qatari point of view considering Khashoggi’s political affiliations, and his most recent stance which was critical of Riyadh.

Was his vanishing used to embarrass Saudi Arabia? As we wait for the facts to unravel, what is clear is that this is definitely the case, at least from Al Jazeera and other Qatari media outlets’ way of reporting unconfirmed facts and relying on speculation and anonymous sources.

This is not the first time Doha, in particular, has tried to undermine the change happening in Saudi Arabia. It has resorted to every possible method of standing in the way of Riyadh’s sweeping reforms. It has constantly tried to portray the Kingdom as the aggressor, ignoring — in the case of the boycott — that there are written confessions signed by Qatari Emir Sheikh Tamim himself pledging to stop meddling in the internal affairs of neighboring states.

There is no question that the Saudi authorities are doing — and will do — everything possible to resolve the mystery behind Khashoggi’s disappearance.
There is a team working alongside Turkish authorities to find out what it can. In the meantime, the only thing that can be said is that my thoughts and prayers are with the Khashoggi family at this very difficult time.

• Faisal J. Abbas is the Editor in Chief of Arab News. Twitter: @FaisalJAbbas

Home » On The Curious Case Of Khashoggi’s Disappearance – OpEd