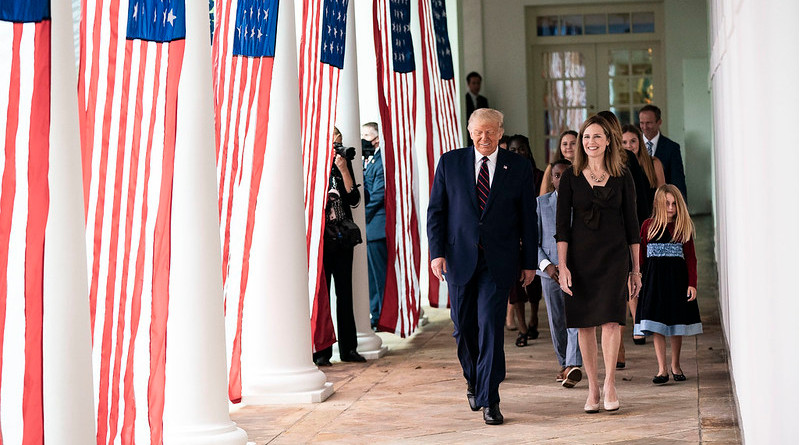 American Atheists and Americans United for Separation of Church and State were both founded by anti-Catholics. Not surprisingly, they have now lined up against Amy Coney Barrett, the practicing Catholic whose religion has come under attack from many quarters. Both organizations have put forth arguments against her that are intellectually dishonest.

American Atheists has said the following about the Supreme Court nominee. “Judge Coney Barrett has not only written that the religious beliefs of judges prevent them from ruling fairly in all cases—saying that judges should ‘conform their own behavior to the Church’s standard’—but also that respecting past Supreme Court decisions ‘is not a hard-and-fast rule.’”

This is too cute by half. What the organization founded by Madalyn Murray O’Hair was referring to was a 1998 law review article co-written by Barrett and John Garvey (currently the president of Catholic University of America). They took up the dilemma of Catholic jurists having to decide cases where Catholic doctrine conflicted with judicial precedents. At issue was capital punishment. [When they wrote their article the Church was presumptively opposed to the death penalty; Pope Francis has recently closed the door on this subject.]

Barrett and Garvey made it clear that it was not appropriate for a Catholic judge to repair to Church teachings when making a decision. “Judges cannot—nor should they try—to align our legal system with the Church’s moral teaching whenever the two diverge.” In other words, they were arguing the very opposite of what American Atheists was implying about them: It is wrong, they made it clear, for a Catholic judge to use the Catholic Catechism as a template when making judicial rulings.

The next sentence by Barrett and Garvey shows how American Atheists took what they said out of context. “They should, however, conform their own behavior to the Church’s standard.” Thus did they draw a clear line between their duties as a judge and their duties as a Catholic. It can also be said that those on the left clearly do not believe that past high court decisions should be respected as a “hard-and-fast rule.” If they did, they would not have sought to reject previous court rulings on homosexuality and marriage.

Americans United, which was founded after World War II by anti-Catholic mainline Protestants, has on its website an article posted on September 26 that sounds eminently reasonable. “The Problem With Amy Coney Barrett Is Her Record, Not Her Religion.” If only they really believed this to be true.

On October 12, Americans United tweeted that while the Constitution forbids a religious test, it also “prohibits lawmaking based on a narrow minority’s religious beliefs.” This is, of course, accurate, but by advancing this line of thought in the context of considering Barrett’s nomination, they are raising a red flag: Beware of Barrett—she is going to decide judicial cases based on the teachings of the Catholic Church. Why else would they have issued this tweet?

The religion bashers have it in their claw. Knowing that overt anti-Catholic commentary is not going to fly this time around, they have decided to low-ball their animus. But the bottom line is the same. They have just repackaged their bigotry to make it appear less inflammatory. Democratic senators are likely to do the same.