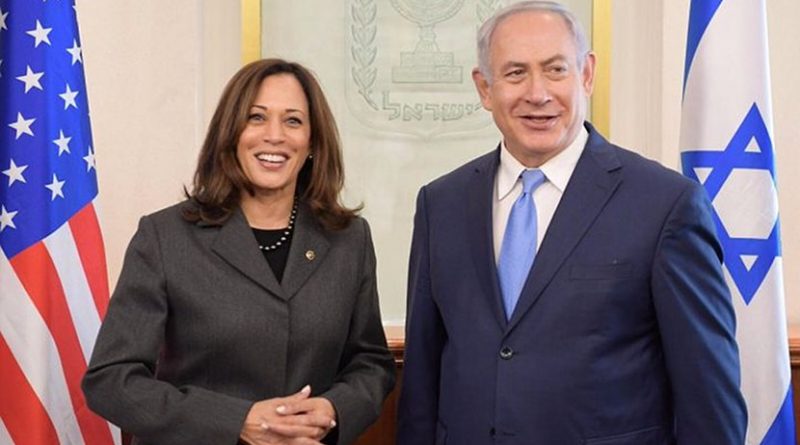 Toward the end of the seemingly unending presidential campaign, vice-presidential candidate Kamala Harris, gave an interview to Arab American News, based in Michigan  It was the standard local news interview candidates do hundreds, if not thousands of times, pitched to the interests of the local community and offering the candidate as the means to fulfill them. So there was little surprising in what Harris said.  Most of it was formulaic, some of it was reassuring, but overall it was disappointing, if not unexpected.

Here was the most comforting passage in the interview:

Joe and I will uphold that same commitment to immigrants if we win the White House. On day one, we will rescind the un-American Muslim travel and refugee bans and bring an end to the outrageous and immoral family separation policy. We will also raise the annual refugee admissions target to 125,000; protect Dreamers and their families and reverse the public charge rule so we can make sure that permanent resident status isn’t contingent on household income. And we will protect civil rights and root out systemic racism across our society, confronting discriminatory policies that target Arab Americans and cast entire communities under suspicion.

But even as she proclaims the Biden administration goal of rolling back the absolute worst of the Trump era attacks on immigrants in general, and Muslim-Americans in particular, she ends by offering bromide rather than substance.  How does she intend to “root out systemic racism across our society” when the Black Lives Matter movement, which Biden has largely ignored or rejected (saying No to defunding police), has shown how deeply embedded racism and racial violence is in our country?

In this passage, specifically addressing the Israel-Palestine conflict, she does offer reassurance that some of the worst excesses of the Trump administration will be reversed, but she ends by repeating the same hoary cliches offered by every president (except Trump) over the past four decades:

Joe and I also believe in the worth and value of every Palestinian and every Israeli and we will work to ensure that Palestinians and Israelis enjoy equal measures of freedom, security, prosperity and democracy. We are committed to a two-state solution, and we will oppose any unilateral steps that undermine that goal. We will also oppose annexation and settlement expansion. And we will take immediate steps to restore economic and humanitarian assistance to the Palestinian people, address the ongoing humanitarian crisis in Gaza, reopen the U.S. consulate in East Jerusalem and work to reopen the PLO mission in Washington.

Great, they’re going to “work to reopen” the PLO mission (what does that even mean?).  They’re going to resume the beggary by which Palestine has to rely on international handouts in order to maintain an economy straitjacketed by Israeli apartheid and Occupation.  I suppose its better than Trump’s cut-off of UNWRA and his elimination of support for the PA: but not by much since it doesn’t offer anything new.

But that two-state reference is just so old.  And Democrats repeat it like a mantra, when it has lost any value or meaning in the context of Israeli rejectionism and U.S. refusal to put the screws to Israel for refusing to agree to such a solution.  Oh and so great that Biden will “oppose annexation and settlement expansion.”  Again, these are meaningless bromides repeated for the benefit of some mythical pro-Israel voter who’s as gullible as the Biden team is on the subject.

Israel has essentially ignored U.S. protests over these same issues and proceeded on its merry way toward the very outcome we claim to oppose.  Israel may not, under Biden, say it is implementing annexation, but its policies accomplish this de facto.  U.S. opposition means nothing to the Israelis largely because we refuse to crack the whip.  And what Harris’s bromides prove more than anything is that her boss won’t do so during his presidency.

We shouldn’t be surprised at that.  Biden is no visionary when it comes to Israel-Palestine.  He doesn’t offer any new thinking on the subject.  And it will not be among his priorities (which will be COVID, the economy, and climate change).  Why would it?  Israel is ruled by Judeo-supremacists, impervious to reason or compromise.  Why would he waste precious political capital in the thankless task of dragging Israel to the negotiating table, when it believes there is nothing to negotiate except the liquidation of the Palestinian people?

About the only good thing that can be said for the Biden administration’s approach is that it will resist some of the worst proposals Israel or U.S. Intelligence might entertain. It will reject the idea of annexation.  It will reject the idea of attacking Iran.  It will probably not assassinate Iranian generals as it did IRG commander Qasem Soleimani. There is something to be said for restraint when others are hell-bent on provoking mayhem.

Though Harris didn’t mention Iran (there are few Iranian-Americans living in the Detroit-area), it is reassuring that Biden has promised a return to the Obama-era JCPOA nuclear agreement.  But again, this is merely a return to what was once the status quo.  It doesn’t advance things in a progressive direction.  It merely returns things to a more or less even keel.  As a transition from absolute dysfunction, this is commendable.  But the Middle East remains a powder-keg that could be lit by the least overstep from the Sunni Gulf states or the Shia-Iran-Hezbollah axis.  Does Biden have a vision for addressing these broader issues?  I doubt it.

That’s why it is critical to support the progressive wing of the Party, which has come in for its share of blame for the Democratic debacle in which 8 House members lost their seats to Republicans.  The Squad, Bernie Sanders and their allies represent the future of this Party. It they don’t, then the Party has no future except as a slightly more decent version of the GOP.