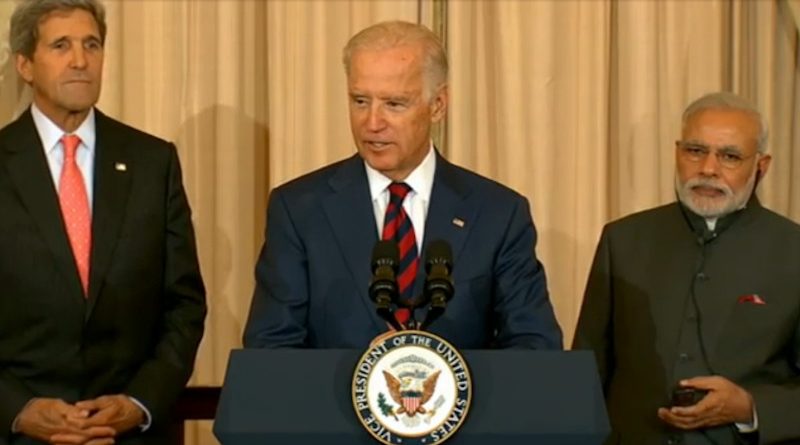 The fundamental difference between Joe Biden, the new US president elect, and Donald Trump, the outgoing president, lies in their respective perception of governance and institutions. Biden is a person who orients toward a structured governmental system. Donald Trump, as was his modus operandi over the past four years, views governance in a personalized manner.

India, particularly its Prime Minister Narendra Modi, not only adjusted itself but responded enthusiastically to this kind of US administration. Thus, some readjustments between New Delhi and Washington might be in the offing, although this can’t be expected to snap the chain of continuity that already exists.

For India, the election of Biden as the next US president has its satisfactory and unsatisfactory elements. The first aspect which is sure to keep policymakers in New Delhi on tenterhooks is Biden’s outlook on the peace process in Afghanistan. The United States has already concluded a treaty with the Taliban which enjoins the US to gradually withdraw its troops from Afghan soil. There is no reason to conclude that Biden will backtrack from this arrangement. At best he may bargain for retaining a very small number of US troops there. This will mean no qualitative difference in the Afghan situation, and Pakistan will get the strategic depth it’s seeking.

On the other hand, Joe Biden’s election may augur well for geopolitics surrounding Iran. During his election campaign, and even before, Biden has repeatedly stressed that he will honor the Iran nuclear deal. A natural outcome of this stance is the expectation that US sanctions on Iran will be lifted, paving the way for other countries to develop their economic and business relations with Tehran. This will not only bring more stability in the world but also come as a great relief to India, as New Delhi was forced by Donald Trump to suspend its imports of cheap Iranian oil and instead buy the same supplies from the United States, albeit at a much higher cost. The second silver lining for India will be the gradual withdrawal of several limitations on its endeavor to develop Iran’s Chabahar port, situated on the Persian Gulf.

Biden’s attitude toward Iran is supremely important for India because the early completion of the Chabahar port also contains an important Pakistan/China angle. The project will give India an alternative route to bypass Pakistan and carry on business and shipment of goods through Afghanistan and toward the Central Asian States, Russia, and then on to European countries. Trade routes via Chabahar port could pose somewhat of a challenge to China’s Belt and Road Initiative. The project, christened the International North South Transport Corridor (INSTC), has the potentiality to expand into Southeast Asia in the future as well.

Elsewhere, Joe Biden will likely continue with the US-India relationship that developed during the Donald Trump regime, minus the hiccups generated by various intemperate remarks by the US president. Surely Biden will relish the ‘Comprehensive Global Strategic Partnership’ that has been struck between Washington and New Delhi. Trump had refused to conclude any trade deal with India, calling the country a ‘tariff king.’ On the other hand, he imposed high import duties on various Indian goods exported to the US market and New Delhi was denied the Generalized System of Preference in spite of being a developing economy.

It is expected that Biden will not mind the small USD 17.42 billion favorable balance of trade that India now enjoys. After all, the US has willingly conceded much larger trade surpluses to China, Germany, and Japan.

But India should not expect that a Biden presidency means all advantages to India. He is expected to be circumspect, if not hard, concerning the Citizenship Amendment Act, abrogation of Article 370 pertaining to Jammu and Kashmir, and the controversial issue of religious tolerance. On several occasions, not only has the president elect, but other influential members of the Democratic Party, expressed themselves very strongly on these fronts. After all, Biden’s own electoral campaign was centered on the slogan of an ‘inclusive America.’

So far as the US-China relationship is concerned, Biden is expected to follow Donald Trump’s policies minus the outgoing president’s histrionics, because public opinion in the US is still vehemently anti-China. This will help India. Further there is a possibility that Biden will reenergize Barak Obama’s Indo-Pacific policy which means taking other regional players along in a tussle with China. India could yet have a large role to play here as well.