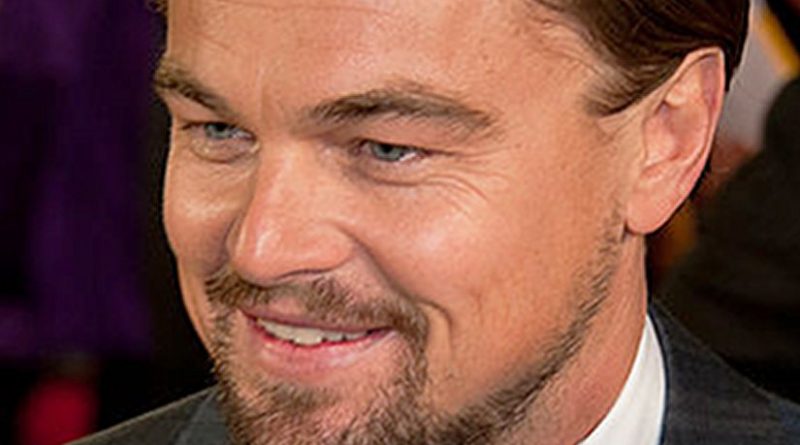 Actors Leonardo DiCaprio and Yao Chen, artist Olafur Eliasson, and musician and entrepreneur will.i.am are the recipients of the 2016 Crystal Award, the World Economic Forum announced Wednesday. The winners will be honored next week at the opening session of the Forum’s Annual Meeting 2016 in Davos-Klosters, Switzerland.

The awards celebrate the achievements of leading artists who have shown exemplary commitments to improving the state of the world.

“Given the geopolitical realities of the time when we launched the award in 1995, its purpose was at first to recognize artists who were inspiring cross-cultural understanding and trust across nations. While this remains as true for the award today as ever, as the world has changed so, too, the award has evolved also to embrace those exceptional artists who deal with some of the other major global issues, including the environment, social inclusion, health, education, food security and peace-making,” said Hilde Schwab, Chairwoman and Co-Founder of the World Economic Forum’s World Arts Forum, which gives out the awards.

“Together with a community of more than 40 cultural leaders, the Crystal Awardees are coming to Davos to contribute to shaping the global agenda, providing unique ways of looking at issues that can lead to real breakthroughs,” said Nico Daswani, Lead for Arts and Culture for the World Economic Forum.

Yao Chen was recognized for her leadership in raising awareness of the refugee crisis.

A beloved Chinese actress, known as the “Queen of Weibo” for having the most followers on the Chinese equivalent of Twitter (78 million), Yao Chen has used her high profile to influence the public on a range of issues, including environmental pollution and food safety, the WEF said. Yao Chen is perhaps best-known for her role as the UNHCR’s honorary patron for China, regularly visiting refugee camps in the Philippines, Thailand, Ethiopia, Lebanon and Pakistan.

Yao Chen said, “Helping others also fulfils the needs of the helper. We can only survive by needing and depending on each other.”

The WEF awarded Leonardo DiCaprio for his leadership in tackling the climate crisis.

According to the WEF, a globally recognized actor and producer, Leonardo DiCaprio has long been a passionate advocate for environmental sustainability. With the Leonardo DiCaprio Foundation, which he founded in 1998, he has been active on a range of sustainability topics, including the protection of key species, including sharks in California, tigers in Asia and elephants in Africa. He has called on world leaders to address climate change and was designated as the United Nations Messenger of Peace for Climate Change.

DiCaprio said, “Clean air, water and a liveable climate are inalienable human rights. And solving this crisis is not a question of politics, it is a question of our own survival.”

A world-renowned artist, Olafur Eliasson has created large-scale installations and designs that have contributed to redefining the essence of cities and communities. Some of his major works include The New York City Waterfalls, Ice Watch, The Weather Project and Riverbed. Since 2012, he has co-led Little Sun, a social business and global project addressing the need for light in a sustainable way that benefits communities without electricity, creates local jobs and generates local profits.

An award-winning musician, known for his work with The Black Eyed Peas, will.i.am is a multifaceted entertainer and creative innovator. With a commitment to inspire kids to stay in school and go to college to become the leaders of tomorrow, he advocates for the importance and power of a good education through the i.am.angel Foundation. The Foundation’s programmes include i.am STEAM (science, technology, engineering, arts and maths), i.am scholarship, and i.am college track.

Over 2,500 leaders from business, government, international organizations, civil society, academia, media and the arts will participate in the 46th World Economic Forum Annual Meeting in Davos-Klosters, Switzerland, on 20-23 January. Under the theme, Mastering the Fourth Industrial Revolution, the programme comprises over 250 sessions, of which over 100 sessions will be webcast live.

Home » DiCaprio, Yao Chen Among Those Honored By WEF As Crystal Award Winners