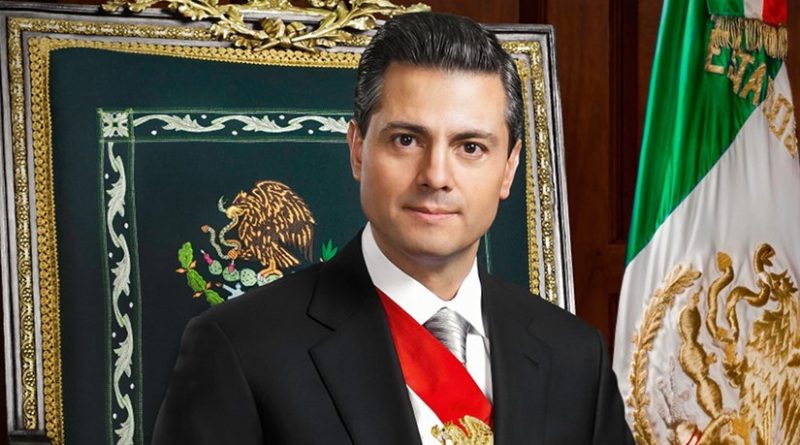 The statement mirrored another infamous exultation: U.S. President George W. Bush celebrating Saddam Hussein’s fall on the USS Abraham Lincoln with a “Mission Accomplished” banner visible behind his podium on May 1, 2003. Eight years and one day later, President Barack Obama announced the killing of Al Qaeda leader Osama bin Laden. Although careful not to declare final victory, Obama’s subsequent rhetoric and ensuing policies made it clear he saw the bin Laden raid as an “achievement” that would justify an American military drawdown.

Bush, Obama, and Peña Nieto all shared an obsession with defeating a specific enemy, and the manner and tone which each presented a seemingly conclusive moment demonstrates a misguided belief in handling modern conflict. No nation can protect and serve its citizenry by telling its people that disarming, detaining, or defeating a singular foe constitutes an effective strategy. Trumpeting tactical actions as terminal successes highlights a state’s weakness, and is a harbinger for intellectual paralysis and policy failure.

When former President Bush landed on the USS Abraham Lincoln, his advisors had hoped to conjure a scene reminiscent of General Douglas MacArthur’s acceptance of Japan’s surrender on the USS Missouri that ended World War II. “In the Battle of Iraq, the United States and our allies have prevailed,” Bush said during his speech. Almost six bloody years later, he struck a different tone. “Putting ‘Mission Accomplished’ on an aircraft carrier was a mistake,” Bush said in January 2009, reflecting days before departing the Oval Office.

Although Obama was careful to avoid repeating Bush’s mistake in his remarks announcing Osama bin Laden’s death as a conclusive moment, his 2012 presidential campaign positioned the bin Laden raid as the definitive justification for declaring a premature end to war in Iraq. “The tide of war is receding,” Obama inaccurately forecasted in October 2011. “The drawdown in Iraq allowed us to refocus our fight against al Qaeda and achieve major victories against its leadership—including Osama bin Laden.”

Two years later, President Obama contrasted bin Laden with the nascent Islamic State, comparing the latter to a junior varsity basketball team. “I think there is a distinction between the capacity and reach of a bin Laden…versus jihadists who are engaged in various local power struggles,” Obama said in January 2014. His comments bizarrely echoed former Vice President Dick Cheney’s 2005 description of Iraq’s insurgency as “in its last throes.” Since the President’s assessment, ISIS attackers have struck Ottawa, Sydney, Paris, Tripoli, Copenhagen, Tunis, Sana’a, Kuwait City, Cairo, a French train from Amsterdam, Ankara, a Russian airplane over Egypt, Beirut, Paris (again), Tunis (again), San Bernardino, and, most recently, Istanbul. Despite Obama’s desire for tidy victory, Islamic State clearly has “the capacity and reach of a bin Laden.” Unlike former President Bush, Obama has yet to repudiate his strategic blunder.

Which brings us back to Mexican President Enrique Peña Nieto, who proclaimed El Chapo’s capture as “a victory for the citizens of both Mexico and the United States, and a vindication of the rule of law in our countries.” In February 2010, when I was last in Sinaloa, then-President Felipe Calderón was pursuing the cartel leader just as aggressively, and with just as much public fanfare. In Sinaloa’s capital, Culiacán, street artists caricatured Calderón as a clown (see the picture above), mocking his war against the cartels as a circus. As social media comments attest, Mexicans—especially Sinaloans—see El Chapo’s arrest as a similar farce.

The American and Mexican governments have congratulated themselves over the successful manhunt in northern Mexico. Policy wonks and scholars alike claim Mexico is on the verge of a mythical turning point, comparing its prospective law-abiding future with Colombia’s decrease in violence following Pablo Escobar’s capture. But Mexico has permanent geographic advantages for illicit distribution that Colombia never offered, and the Sinaloa Cartel’s asymmetric success against the Mexican military suggests the drug lords are far from their last throes. “Drug trafficking does not depend on one person,” accurately noted El Chapo, in his widely reported interview with Sean Penn. “It depends on a lot of people. If there were no consumption, there would be no sales.” Capturing Chicago crime boss Al Capone in March 1929 did not end violence from alcohol prohibition. Repealing the ban in December 1933 did.

The recurring folly of presidents announcing a completed mission after capturing an organizational kingpin evolves from the flawed view that national governments can wield authority over non-state entities as if they were linear structures. From tragic narcotics demand to repugnant religious zeal, human desires fuel actions that override legal and political authorities. Capturing or killing a single person (or regime) offers the illusion of instant success, while simultaneously positioning a leader to avoid responsibility for the aftermath.

Foreign policy successes involving ideas and motivations from nonlinear realms of human experience inevitably take time and patience to achieve. Offering tactical victories to the citizenry as cause for celebration or strategic justification insults the intelligence of all adults who know better. People of myriad races and cultures have gone to great lengths to chemically alter their brains for centuries. Religious sacrifice has fueled millions of violent supplicants for millennia. Suggesting policies can hinge on a single leader’s fate affronts the intuitive truth all of us know: the human condition is much more complex than one person’s rise or fall.

About the author:
*David Danelo, FPRI’s Director of Field Research, is the author of The Border: Exploring the U.S.-Mexican Divide and the FPRI E-Book Toward a U.S.-Mexico Security Strategy: The Geopolitics of Northern Mexico and the Implications for U.S. Policy.