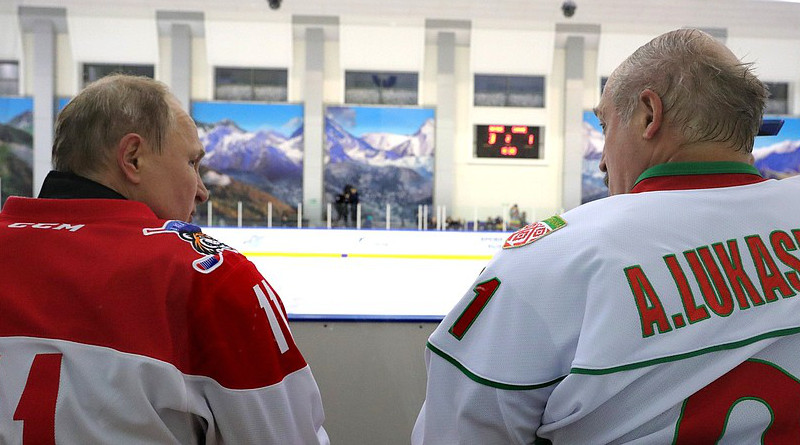 A combination of economic pressure and incentives employed by Russian president Vladimir Putin to try to keep two eastern European neighbors, Moldova and Belarus, within Russia’s sphere of influence risks backfiring amid signs the tactic could push them closer to the West.

The Ukrainian revolution coupled with Russia’s costly efforts to exert some influence over its former ally appear to have prompted Putin to focus his attention on firming up ties with the remnants of what Russia sees as its eastern buffer against NATO and European Union expansion, namely Moldova and Belarus.

Moldova, a tiny country sandwiched between Romania and Ukraine, has increasingly come under the orbit of the European Union, but its pro-Russia politicians remain a force to be reckoned with. They recently formed a minority government and are looking to retain the presidency in elections later this year.

Belarus, a highly authoritarian state, is closer and more dependent on Moscow, as well as arguably more strategically important to Putin, yet it is resisting his attempts to deepen its integration with Russia – something Belarussians fear could lead to their country being annexed.

While Putin employs Russian proxies to pressure Ukraine, his economic leverage through gas supply and revenue from pipeline transit to western European markets is also significant, particularly so if the Nord Stream 2 pipeline, connecting Russia with Germany, is completed, allowing Putin to circumvent Ukraine.

Economic arm-twisting is likewise Putin’s means of wielding influence over Belarus and Moldova, a tactic provoking controversy in recent months and could ultimately prove counter-productive for the Russian president.

Ever since independence from the Soviet Union, Moldova’s political class has been divided between pro-EU and pro-Russian factions – the country’s foreign policy trajectory a constant source of political friction. Chisinau’s move towards Europe provoked Russian trade restrictions. At the same time, Moldova’s EU integration has been slowed by a failure to come to terms with serious governance issues. That has left the country, one of the poorest and most heavily indebted in Europe, in geopolitical limbo.

In November, a Europe-friendly government collapsed, replaced by a Moscow-leaning Socialist administration.  Soon after, the latter declared that the Kremlin was prepared to loan Moldova $500 million – nearly three times as much as a 3-year IMF credit line, the final tranche expected this month. Though few details of the proposed loan have emerged, the Socialists may use it both as leverage in  negotiations with the IMF and to bolster Socialist president Igor Dodon’s bid to secure a second term in presidential elections later this year. All of which is in Putin’s interest.

The upcoming poll is key to the Socialists’ prospects. Even if the proposed credit line does not become immediately available, Moscow’s allies in Moldova, who control most of its broadcast media, will exploit it electorally. They have already suggested that the loan will be used for investment in the country’s poor transport infrastructure, as part of a broader electoral campaign focused on public spending.

Yet pro-European voices have questioned both the terms of the loan and the merits of Moldova taking on more debt. That, they argue, would push the country further down the path of eventual default, leaving it more dependent on Russia and jeopardizing ties with the EU. Relations have already been strained by resistance to reforms required by a 2014 Association Agreement, culminating in the no-confidence motion that precipitated the collapse in November of a government pledged to combating corruption, a key EU requirement.

The risk for Dodon, as he starts campaigning for the elections, is that his opponents will seize on the apparent lack of transparency around the proposed Russian loan, the folly of exacerbating the nation’s debt problems, and Dodon’s claim that only Russia has the resources to help revive Moldova.

A younger, pro-European electorate is emerging in the country, loathe to see it drawn deeper into Russia’s sphere of influence. While the Socialists have a media monopoly, their rivals are adept at using social media to connect with their politically more engaged supporters who will see the Kremlin’s financial largesse as little more than a political bribe and, even if the money materializes, will not trust the Socialists to spend it wisely.

For Dodon and the Kremlin, the loan, as well as Putin’s planned pre-election visit to Chisinau, the first for over 15 years, could end up consolidating support among pro-European voters. It is hard not to draw some parallels with Putin’s ill-advised offer of massive economic assistance to discredited former Ukrainian president Viktor Yanukovych in December 2013, which only seemed to spur the Maidan revolution. In Moldova’s case, financial inducements might undermine, rather than enhance, Dodon’s re-election hopes.

Elsewhere in the region, already strained relations between Moscow and Minsk worsened earlier this year when Russia suspended oil deliveries to Belarus after disagreements over price, leaving it little option but to seek alternative sources from suppliers in Norway and Azerbaijan. The country’s president Alexander Lukashenko, in power since 1994, has long been a Kremlin ally, but of late Putin’s evident determination more fully to integrate Belarus into the Russian Federation is not only being resisted by Lukashenko but is also unpopular with many Belarussians.

While the West is strongly critical of Lukashenko’s authoritarianism and poor human rights record, it is keen to engage him as a counterweight to Moscow’s economic pressure. Belarus’s president is acutely aware of the possible consequences of resisting Moscow – his darkest fear a Crimea-like annexation – and, as such, has been courting the West. Indeed, last month US Secretary of State Mike Pompeo became the most senior US official to visit Belarus in two decades.

Pompeo told the Belarusian foreign minister, Vladimir Makei, that the US could provide Belarus with all the oil it needed at “competitive prices” in order to strengthen its sovereignty. Cooperation between NATO and Belarus was also discussed. Pompeo and other members of NATO will have been encouraged by Lukashenko’s recently expressed hope that the alliance would intervene in the event of Moscow threatening Belarussian independence.

Lukashenko’s stand against Putin is notable not least because he has much to lose economically. Belarus re-exports low-cost Russian crude and refines it into petroleum products for sale overseas.  And the West, which continues to sanction the Minsk regime, including Lukashenko, is unlikely to immediately relax its restrictions or compensate Belarus for its financial losses, notwithstanding Pompeo’s offer of support.

Putin may have underestimated Lukashenko’s desire to preserve Belarus’s sovereignty. Financial pressure, it seems, has only served to strengthen the Belarussian leader’s resolve, nudging him towards a rapprochement with the West, the very last thing Putin would want.

*Yigal Chazan is the head of content at Alaco, a London-based business intelligence consultancy. This article was published at Geopolitical Monitor.com