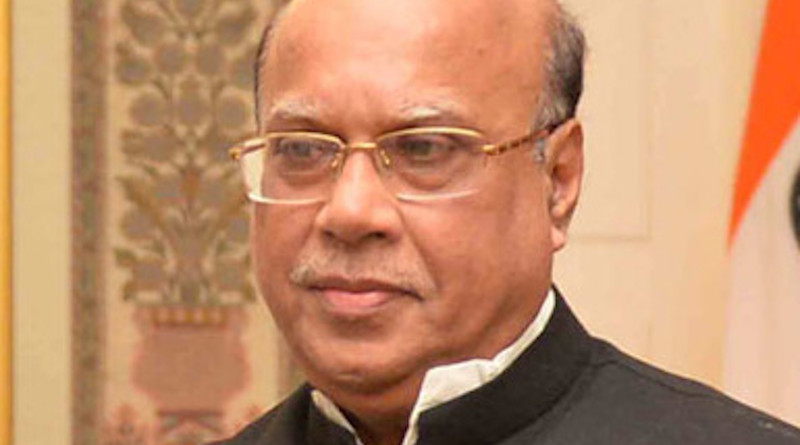 Earlier on Saturday, June 13, 2020, senior Awami League leader and former health minister Mohammed Nasim died of massive cardiac arrest in Dhaka. He had tested positive for coronavirus when he was admitted on June 1 in a hospital in Dhaka, Bangladesh.

Death is a personal loss to the family members, the friend circle and colleagues. It can also be a tragedy for a nation.  In Islamic tradition when a person dies, Muslims are reminded to speak about the good things the dead person has done and not the bad deeds because his/her accountability is now with Allah alone; even if the dead tries to settle his/her account with people, he/she cannot do so.

Nasim was the son of Awami League leader and minister Mansur Ali, who served in the 1971 war-time government and was among the four national leaders killed inside the Dhaka Central Jail in November 1975, two and a half months after the assassination of Bangabandhu Sheikh Mujib.

Prime Minister and Awami League President Hasina said in her message, “Just like his father, Mohammed Nasim has served the nation, in line with the ideology of Father of the Nation Bangabandhu Sheikh Mujibur Rahman, until his death.”

“Bangladesh has lost a patriot and a leader of the people”, she said before adding, “And I lost a trusted comrade.”

I wish I could say similar good words for the deceased. But I have none to utter in Nasim’s favor. Sorry, to his loved ones, if you are looking for one from me! I shall explain my reasons below.

I never met Mr. Nasim in person but knew that in the 1996 Sheikh Hasina-led government, he had served as a cabinet member. He was first given the portfolio of post and telecommunications and was later put in charge of housing and public works as well. He dealt with the two ministries until March 1999, after which he was made the home minister. In the 2014 Awami League-administration, he served as the health minister.

What pained me most is about a video news that shows that Nasim’s son, Tamal Monsur, has bought huge real estate properties in New York city that are worth  70 million US dollars.

How was it possible for an immigrant to the USA to acquire so much of wealth so fast without any record of high-paying employment history and buy such a huge real estate empire that is worth tens of millions of dollars? Rumors within the Bangladeshi Americans are that Mr. Monsur had acquired such wealth simply being the son of minister Nasim. If true, it shows the dark and stinky rotten side of a minister who was dirt-corrupt who did not mind enriching himself while misappropriating government funds. It’s really a sad commentary for the son and grandson of late Captain M. Mansur Ali, who is revered by me and  many others!

During the current global pandemic crisis, thanks to pervasive corruption in the public sector, the shattered state of the healthcare system has been revealed for all to see. I am told that the entire country of Bangladesh does not have enough ventilators to deal with merely a hundred of Covid-19 patients requiring such services during emergency. The government, however, claims to have ventilators for 1500 patients. Even if one were to take the current health minister’s claim at face value, this would account for less than 10 ventilators per million citizens (compared to 1 for every 20,000 citizens in the USA, and 86,000 citizens in Pakistan). It’s nothing to feel good about!

According to the Ministry of Finance, the overall allocation for health in the FY 2019-20 budget was 4.9% of the total budget, which is one of the lowest in South Asia. While this allocation fails to meet World Health Organization (WHO) standards of 15 percent of total budget (or five per cent of the GDP), and has been stagnating (between 4.9 and 5.7 percent) since 2014-2015, still, it’s a sizable amount of approx. three billion USD for a developing country like Bangladesh.

Why there are so few mechanical ventilators in a country where so much money has been allotted for the health care sector? Where did all those budgeted amounts go, for what purpose and for whom?

As to the theft of public money, just a few examples in the healthcare sector would probably suffice to see the endemic corruption in this country of 160 million people. The New Age newspaper in Dhaka in its May 1, 2020 issue said that low-quality equipment was bought for Shaheed Tajuddin Medical College and Hospital in Gazipur where the cost was showed to be Tk 175 crore (1 crore = 10 million, 1 USD = 85 Bangladesh Taka (Tk)) against the low standards of goods. Heavy surgical machines were bought for Tk 4 crore for Rangpur Medical College Hospital without necessity. Tk 6.6 crore was withdrawn and misappropriated in Satkhira Medical College Hospital in the name of buying PACS software-related equipment by submitting forged bills-vouchers without any requisition. An MRI machine was bought at Shaheed M Monsur Ali Medical College Hospital (named after the father of Nasim) in Sirajganj for Tk 9 crore against the actual price of Tk 2.8 crore. “An Anti-Corruption Commission investigation revealed that at least Tk 1,000 crore has been plundered by some unscrupulous officials in collaboration with relevant contractors in the name of purchasing and supplying various machines for at least 27 hospitals and medical college hospitals in the past two financial years,” reported the newspaper(COVID-19 exposes healthcare system vulnerabilities), New Age on May 1, 2020.

Bangladesh, like many other countries around the globe, has been caught ill-prepared for tackling this nasty pandemic that has already killed more than a thousand Bangladeshis.  A young relative of mine, Shafiqul Karim, who had gone to Bangladesh from the Washington D.C. area for some social work, died in Dhaka on April 26 not because of Covid-19 but being denied access to any hospital there. That tells a lot about Bangladesh’s failing healthcare system!

It’s an irony of fate that ex-Minister Nasim died in Bangladesh Specialised Hospital that had all the right equipment to care for a public figure like him. Unlike Shafiq, he was not denied access to one of the best hospitals in the country. But ultimately, Mr. Nasim could not dodge death and Allah’s decree. Not many Bangladeshi Covid-19 patients would have the privilege to be cared a fraction of the way that Mr. Nasim was cared in a broken healthcare system that could have surely benefitted if the public money was not misappropriated by the very people that were supposed to look after the health of such an essential organization and do their public duty honestly and scrupulously knowing that when they are buried they won’t be carrying anything with them but their deeds.

I am, thus, saddened to learn the despicable state of health affairs in Bangladesh, and not the death of the ex-minister who not long ago ran that very ministry. My condolences are to the families of those whose loved ones had died – whether or not being infected with the Covid-19 virus – because of the failure of a system that allowed the enrichment and fattening of some vultures while neglecting too many vulnerable patients that needed the timely human care.

Let the death of the ex-minister be a sufficient wakeup call to all the public figures in Bangladesh to mend their doomed ways. It’s never too late to repent and redress.

From God did we come, and to Him is our return!

Home » Death Of An Ex-Minister In Bangladesh – OpEd