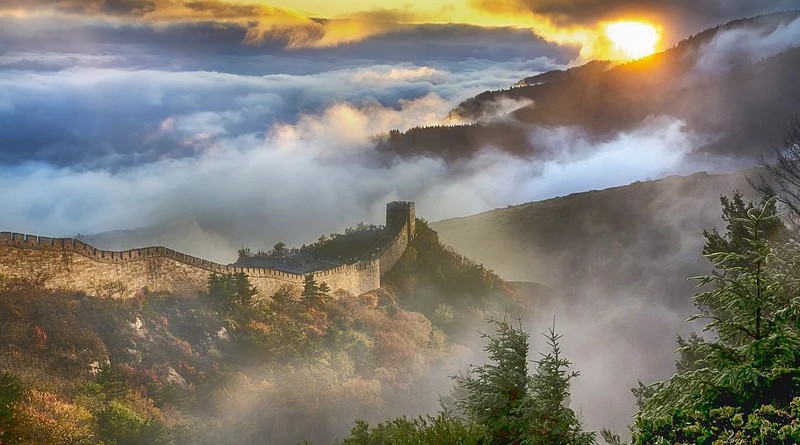 The view that China should be seen as a ”returning power” rather than a “rising power” and therefore having different psychological underpinning masks the ambitions of President Xi Jinping in transforming his country. Xi’s breakaway from China’s civilisational history hints at his determination to show China’s might rather than just traditionally flying the flag.

In a curious way, China developed its civilisational power from within. Throughout its 4,000-year history, Chinese civilisation was not mired in external wars of territorial expansion and colonial exploits. It was an introverted civilisation, contented with endorsing its cultural egotism as the supreme power mandated from heaven.

The historical geographer, Paul Wheatley, called the Chinese imperial system the “pivot of the four quarters”. Hence every other foreign king, ruler and emissary had to show deference and acknowledge the emperor’s exalted position.

For most of its history, China was an inward-looking civilisation. China and India were economically the most powerful civilisations up to the 18th-century. Before the 13th-century, China was a scientific and technological driver. Joseph Needham initiated the documentation of China’s scientific developments in Cambridge University’s Needham Institute (1954-present).

In some ways, foreign fears of China’s power were historically a product of its brief interlude as the Mongol-led Yuan dynasty (1279-1368). China was a surrogate power of the Mongols that ruled with terror over the vast Eurasian landmass. Ironically, Chinese dynasties were terrified of the marauding Mongols and erected the Great Wall on its western front to keep them out of China.

Hence China was concerned with territorial containment rather than spatial expansion. Despite the Ming Dynasty’s Zheng He voyages in the Indian Ocean, China showed its flag but not its might.

Western travellers like Marco Polo (1254-1324), and the Roman Catholic missionary, Matteo Ricci (1552-1610), took note of China’s civilisation as the Celestial kingdom gained recognition in the West through ‘soft power’ with the 18th-century Chinoiserie vogue.

China’s Demise as an Oriental Power

Media analysts repeat the mantra that China’s current determined rise is to make up for its 19th-century humiliation by western powers. This might be partly true.

But the Celestial empire’s decline had more to do with domestic problems, its corrupt bureaucracy, inept imperial leadership, fragmenting political system, growing poverty and mass economic restlessness. China caved in from within and was exploited by colonial powers.

Without domestic malaise and poverty, the 19th-century Chinese diaspora in Southeast Asia would never have been a reality. Without the mass disgruntlement with imperial rule, the communist revolution of Mao Zedong (1893-1976) would remain a Marxist concept.

Mao’s experimentation with communism through the Cultural Revolution, was a disaster by most accounts. It took Deng Xiaoping (1904-1997), to correct Mao’s mistakes by, ironically, adopting capitalism.

Finally, after many political miscarriages, the Celestial kingdom was ready to venture into righting domestic disorders. After his visit to Singapore in 1978, Deng realised how much progress was made under capitalism, and how backward China remained under communism. Pragmatic Deng is best remembered for his dictum, black or white cat, they both catch mice.

He and his following chosen leaders were keen on putting China’s house in order. They were fortunate that the western powers, abetted and aided the development of the Middle Kingdom for their own interest. Deng however, realised the humongous task of getting China’s development on the right track and hence cautioned Chinese leaders on embarking in external forays.

The idea of China as a “returning power” in the current context, thus needs qualifications in three ways. Firstly, the Chinese ambition of being counted as a global power is predicated on President Xi Jinping’s impatient personal ambitions and his quest to raise the national stakes for international legitimacy.

Secondly, Xi has made a major paradigm shift in defining China’s power. While accepting China’s ‘Middle Kingdom’ status, Xi’s modus operandi is not returning China to its ‘closed-door’ divine status of Tian Xia (Everything under the Heavens) but setting his sights on making China a functional pivot in which literally ‘all roads lead to Beijing’. Xi’s Belt and Road initiative (BRI), is a pragmatic, modern enunciation of the Middle Kingdom’s historical persona.

Thirdly, throwing Deng’s caution to the wind, Xi wants to make China a global hegemonic power. This global ambition is playing itself out in Graham Allison’s thesis of the Thucydides trap. Tired of the Western control of international geopolitics, capitalistic economics and soft culture, Xi wants to rewrite a Global Operations manual with its own national characteristics.

Both the West and China have to contend with their albatross of racism. While the West has been plagued with racial White power, the Chinese have been raised on the racial menu of the Han people surrounded by barbarians.

In the process, the Xi regime hopes to challenge other foreign democratic regimes especially in the West, with his consolidated fused political-economic system of seemingly diametrically opposite ideological systems.

Xi’s operational power of metamorphosis is a synthesis of China’s civilisational geopolitical culture with the current tools of digitisation, electronic engineering, and infrastructural development. Under the Xi regime’s worldview, China is a secular simulation of the “Middle Kingdom” but as a global hegemon.

China’s State Counsellor of Foreign Affairs, Yang Jiechi, reminded Singapore’s then Foreign Minister, George Yeo, that a “big country” was not expected to cede to the interests of small countries.

Xi’s most adventurous and risky initiatives, debunking China’s peaceful rise, are his territorial claims of border areas in Nepal, India, Southeast Asia, the South China Sea and the Japan Sea. Time will tell whether these territorial ambitions will bear fruit or undermine China’s global hegemonic objectives.

One thought on “China’s Make-Over: From Celestial Kingdom To Hegemonic Power – Analysis”