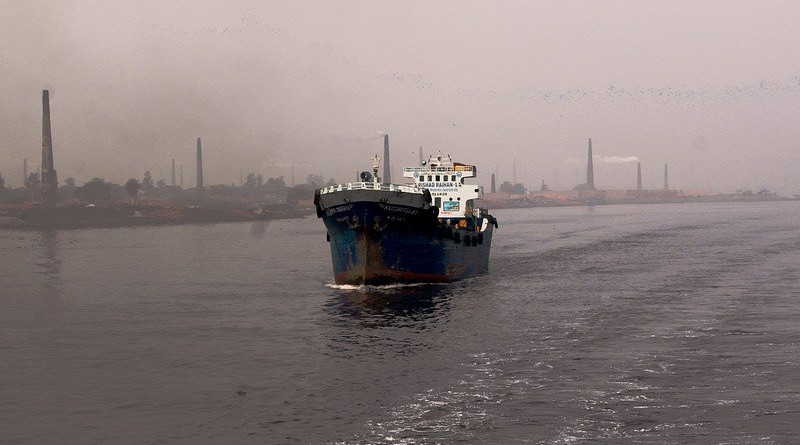 Bangladesh fought twice for independence: first from the British colonial power and then from indigenous oppressive rulers from West Pakistan who totally disregarded the basic social and economic rights of the people of the erstwhile East Pakistan. Hence, since independence in 1971 through a war of brutal violence and bloodshed, it has not been easy for Pakistan and Bangladesh to normalize their relationship.

This unprecedented COVID-19 pandemic has once again taught us that the governments across the globe need to set their priorities right and work urgently for enhancing regional cooperation to handle a severe crisis like this. South Asia is home to a fifth of mankind, and to almost half of the people living in poverty. It is sad that many South Asian countries are seen to prefer distant countries as trade partners to their close neighboring economies. Whereas, a 2018 study by the world bank strongly argues that regional cooperation in South Asia can power the entire region to grow faster and improve standards of living. Using the gravity model approach, the report estimated that in 2015, the trade between Bangladesh and Pakistan has a potential to be valued at $ 1,376 million instead of $ 837 million and trade between the countries of South Asia to be valued at $67 billion instead of $23 billion.

The report aptly stated that the big gap between trade potential and actual trade in 2015 may be largely attributed to the gap in bilateral trade between Bangladesh and India and between India and Pakistan, three of the largest economies in the region. Hence it is important to state that a stronger regional cooperation for sustainable peace and prosperity can be achieved through the improvement of bi-lateral relationship and people-to-people exchanges. Within this context of regional cooperation, paying attention to geographical proximity and other socio-economic-cultural-religious factors, the importance of economic relation between the two most populous Muslim countries in South Asia-Pakistan and Bangladesh-cannot be overemphasized.

The rationale of enhancing bi-lateral trade

The rationale of enhancing bi-lateral trade with neighboring countries can be explained by the unprecedented price hike of onion in Bangladesh in the year 2019. Though the current price of onion is Tk30 (USD 0.35) per kilogram in retail markets of Dhaka, onion prices shot up to Tk 300 (USD 3.54) in November 2019 due to a supply crunch after the Indian government banned the export of onions to Bangladesh in September that year.

To bring down the prices of onions and to keep it within the reach of common people, the Bangladesh government decided to import onions from a number of countries including China, Egypt, Myanmar, Pakistan, Singapore, Turkey, and Uzbekistan. An important lesson from the price hike of onion for Bangladesh is that depending solely on only one country (in case of Bangladesh, this is India) for importing any essential item of the common people is always a mistake and a risky business and enhancing bilateral economic relation with neighboring countries is must to curb the price of essentials.

Potential of Free Trade Agreement (FTA) between Pakistan and Bangladesh

Recently there has been telephone conversation between Prime Minister of Pakistan Imran Khan and Prime Minister of Bangladesh Sheikh Hasina. The two prime ministers discussed various issues, including Covid-19 and the flood situation in Bangladesh. Mr. Khan also expressed his desire for “closer and fraternal” relations with Bangladesh. This conversation is a right move and can be seen as the dawn of a new era towards developing a solid foundation for economic ties between two countries. At this stage, it is very pertinent to ask, can enhancing Bangladesh-Pakistan trade relations be mutually beneficial for both nations?

As of now, trade between the two countries is concentrated on a very few items. Textile fibers, paper yarn and woven fabrics of paper yarn accounts for over 60 percent of Bangladesh’s total exports to Pakistan. Other major export items are: tobacco, cotton, apparel and clothing accessories, inorganic chemicals, paper, plastics. As regards to imports, intermediate goods especially textiles and clothing constitute nearly 90 percent of Bangladesh’s imports from Pakistan. However, some new products have been introduced recently such as cement, raw material, onions, ladies’ suits, transport vehicles etc. Also, the imports of dates and chemicals have been increased in the year 2019.

From the preceding discussion, it is seen that the volume of trade between these two countries is very small. It is also worth noting that Bangladesh has always had a deficit trade balance with Pakistan. However, the recent rise of bilateral trade between the two countries indicates that the potentials of bilateral trade is fully unexplored yet. To enhance trade relationships, based on the opinion of experts, the business community and the general public, in a 2006 study by Dr. Ayubur Rahman Bhuyan, a former professor of economics at Dhaka University, has stated that Bangladesh should sign a bilateral Free Trade Agreement (FTA) with Pakistan despite this uneven trade balance because Bangladesh has little to lose but much to gain from the FTA.

In the context of Pakistan- Bangladesh economic tie, it is said that Pakistan’s eagerness for cooperation with Bangladesh is positive. The economic relationship between the two countries, which includes cooperation in South Asia, can surely go on. Cricketer turned politician Imran Khan certainly has a more popular image in Bangladesh in comparison to his predecessors and if his regime really wants stronger relations with Bangladesh based on common aspirations for regional peace, prosperity and development, the bilateral relations between the two countries can also eventually see a positive change in the years to come.

For this to happen, immediate priority for the government of both countries may be to study the feasibility of signing an FTA through holding frequent meetings and discussions between the experts and policy makers of both nations. It is strongly recommended that a meaningful economic tie between Pakistan and Bangladesh should be seen as part of strengthening economic cooperation in the South Asian Association for Regional Cooperation (SAARC) regionally and the Organisation of Islamic Cooperation (OIC) globally among Muslim counties. As long as Pakistan and Bangladesh are trading with each other, certainly a pragmatic approach would be trying to reach the utmost potential of this economic tie.

*Foyasal Khan is an economist based in Dhaka, Bangladesh and earns a Ph.D. in economics from the International Islamic University, Malaysia. He also holds BSS and MSS degrees in Economics from the University of Dhaka. His specializations include Islamic social finance and sustainable development in the Muslim world. He can be reached at [email protected]