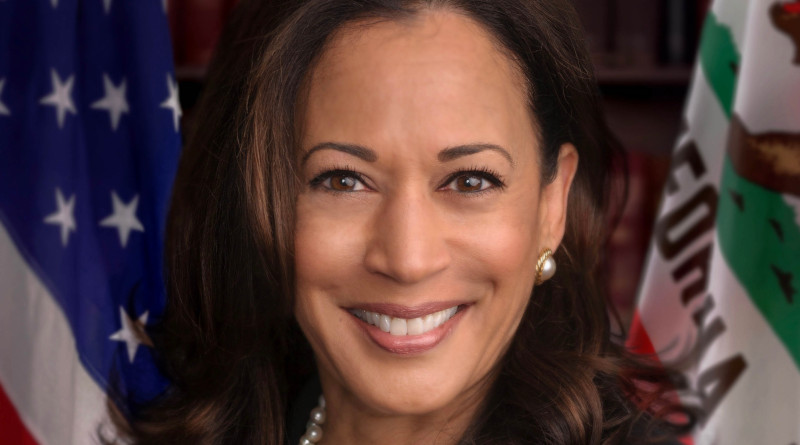 When Kamala Harris was nominated as the Vice Presidential nominee by Joe Biden for the forthcoming US Presidential election, it appears that an euphoria has set in amongst the supporters of democratic party.

It is reported that fund flow from supporters of democratic party swelled immediately after the nomination of  Harris for Vice Presidency. Further, some quarters have said that  Harris is more popular than Presidential candidate Joe Biden  among women, young voters and even amongst some republicans.

It is not clear as to whether such praise for Harris is spontaneous or deliberately orchestrated as part of the poll campaign by the enthusiasts supporting democratic party and section of media. However, one wonders as to whether such praise for Harris will help Joe Biden in the Presidential race, as inevitably he would look smaller than Harris because of such lavish praise on her.

In the case of Joe Biden emerging victorious in the Presidential election, will Harris change the convention and assert herself in the governance, thinking that her popularity could be much more than that of Joe Biden himself?

Supporters of democratic party also hail the fact that Harris is a black woman and would be the first black woman to become the US Vice President,  in case Joe Biden would win in the Presidential poll. At a time like this, when public opinion is  that no one should be viewed on the basis of the colour, is it appropriate to say that Harris should be supported since she is a black woman ?

While this is the situation as far as US is concerned, it is amusing that people in Jamaica are celebrating since Harris’s father is  a Jamaican. At the same time, people in India are also celebrating since the mother of Harris is an Indian. What a funny situation? The ground reality is that Harris is now neither a Jamaican nor an Indian but a US citizen. Instead of highlighting this aspect, if the focus would shift to her lineage, it is doubtful whether it would be appreciated by the electorate.

Certainly, at the time of exercising the franchise, the US citizens are bound to think about various issues involved and would take a holistic view. It is now known that section of US media has been carrying out vituperative campaign against President Trump during the last four years and an image is sought to be created by the detractors that President Trump is whimsical in views, careless in his utterances and undependable.  Perhaps, such remarks could be uncharitable to some extent and it often happens that a motivated and excessive anti campaign against a Presidential candidate could become counter productive and help the particular candidate. This has often happened in the past.

After being nominated as Vice Presidential candidate, Harris left little doubt of her determination to go on the attack, saying Mr. Trump “just isn’t up for the job” and  has left the nation in “tatters”.  Will Harris lead the campaign against Trump with such sharp remarks, leaving Joe Biden to be less heard?

The discerning and dispassionate people would inevitably compare the Obama administration and Trump administration and may come to recognize that there is not much of difference. Trump is bound to get benefit of doubt with regard to his handling the COVID 19 issue, since no President could have handled better, when very little options are available for the President in handling the crisis. Further, in USA, such health issues are really handled by the Governors of the State and President cannot intervene beyond a level.

With regard to the George Floyd incident, President Trump is in no way responsible for this tragic incident. The so called conflict between whites and blacks has been there for pretty long time and even the black President Obama could not solve this issue. How can Trump be held responsible for this?

Now, the media  glare on Harris and less glare on Joe Biden make one wonder whether the contest is between Presidential candidate of Republican party and Vice President nominee of Democratic party.

In the next few weeks before the election, Joe Biden has to assert himself and keep the focus on himself rather than on his Vice Presidential nominee. To the extent that the focus would be on Harris, Joe Biden could look like a weaker candidate and this would help President Trump in a significant way.

One thought on “Will Focus On Harris Help Biden’s Victory? – OpEd”