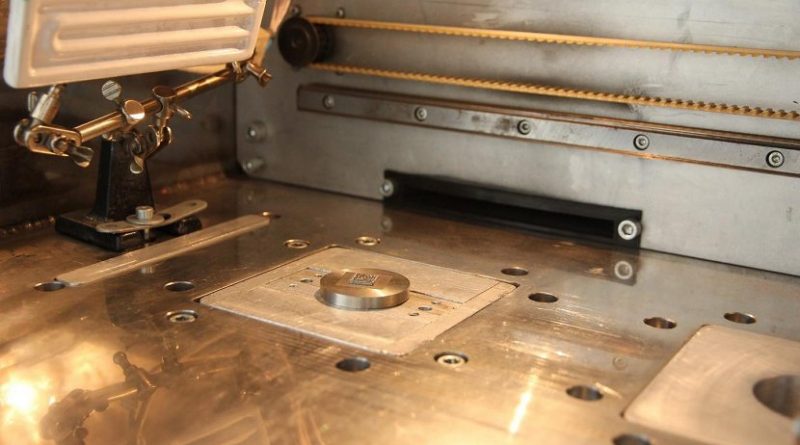 Physicists from Tomsk Polytechnic University are currently working to create hydrogen-resistant products out of titanium alloys based on additive manufacturing. The production of metal products using the technology ensures less material consumption as well as possibilities to develop complex geometric products. The Russian Science Foundation has recently supported TPU project Development of scientific foundations for the creation of hydrogen-resistant products from titanium alloys Ti-6Al-4V, Ti-6.5Al-3.5Mo-1.5Zr-0.3Si with a gradient structure of the near-surface layer manufactured by the additive manufacturing technology with a grant allocated for three years.

The project is led by Ass. Prof. Natalia Pushilina at the Department of General Physics.

Nowadays, titanium products are widely used in aircraft construction due to their strength. Thus, titanium parts account for 15-20% of a modern civil aircraft. Today, these parts are produced with traditional foundry though. In the framework of the RSF grant, TPU physicists are committed to show advantages of titanium parts produced by using advanced additive technology.

“In Russia it is a fairly new technology. To introduce it, special 3D-printing equipment and powder production installation should be developed. Thus, there is a great scope for research,” explained the scientific leader of the project Natalia Pushilina. “Meantime, this equipment is increasingly in high demand as evidenced by the great number of scientific publications devoted to additive manufacturing technology in the field of metal processing. Over the past few years, their number has significantly increased in leading scientific publication databases, which signifies a great interest in the international community.”

TPU researchers plan to print aircraft parts out of BT6 and BT9 titanium alloys. The former is a widespread material being produced in Russia. The latter is to be obtained by TPU out of crystalline titanium.

“For the research we chose these two materials as they have been applied in aircraft construction due to their properties. Thus, BT6 is used to manufacture turbine parts subject to high temperatures, corrosive media and saturation with atmospheric hydrogen during operation,” said Natalia Pushilina.

According to the researchers, 3D-printing with titanium alloys differs from foundry process in that it relies on additive manufacturing technology that makes it possible to make parts of any configuration, even the most complicated, thus consuming much less material.

With 3D-technology you can print any part. This goes beyond mass production supported by plants that daily cast a great deal of products. Our goal is to develop a technology for printing individual complex parts out of titanium,” explained engineer Viktor Kudiyarov, the Department of General Physics.

TPU scientists are now determined to reveal patterns between various print parameters and characteristics of manufactured items. Totally, they identified over 10 parameters. By varying them it is possible to obtain products with different specified properties. An essential part of the future technology is the creation of a gradient structure of the surface layer of the product.

“Our technology allows the production of parts with uniform thickness throughout and parts with a modified surface layer. The modification of the upper layer will improve the properties of the products. For example, it will make them more wear-resistant, more resistant to hydrogen,”  said Viktor Kudiyarov.

Now, such modification of products requires an additional production process. First, a homogeneous part is made, then an additional coating is applied. The technology developed by TPU scientists will allow combining these two processes: details will be printed immediately with a modified layer.

The project will be carried out on the basis of Tomsk Polytechnic University: the team of the Department of General Physics will study various technological modes and properties of the samples obtained, whereas 3D printing will be carried out at the Scientific and Educational Center Modern Production Technologies.

Home » 3-D Printing Of Aircraft Parts Out Of Titanium