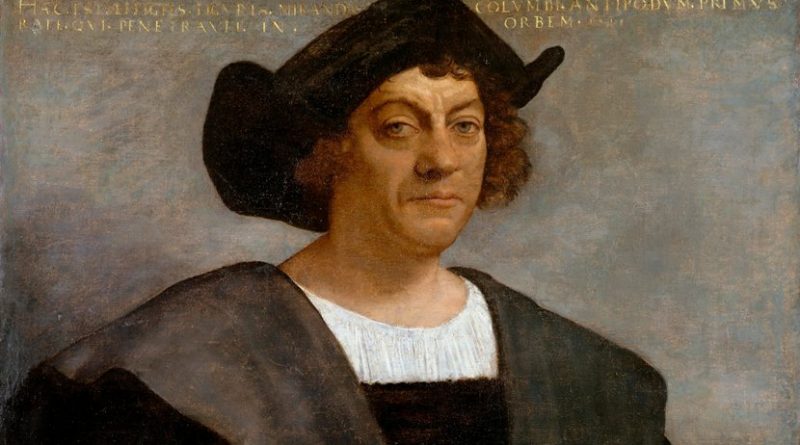 The canons of historical archives are fraught with precedents revealing the atrocities inflicted upon small states by the sprawling empires. Nations equipped with state-of-the-art technology and awash with military and natural resources have been mounting resounding defeats on relatively fragile states that fail to safeguard their territorial integrity.

Colonialism is a totalitarian practice, pursued by a militarily powerful state, which is geared towards exploiting the resources of another state or nation by resorting to the use of naked force. By default, the human rights are suspended, subjugation and constant torture prevails, and a process of dehumanization ensues.

In his attempt to explore a different route to India, the Italian explorer Christopher Columbus stumbled upon the New World of the Americas in 1492 and set the tone for the European colonization. A careful dissection of the journals penned by Christopher Columbus reveal that his colonial enterprise was driven by the quest for economic avenues and political leverage with religious rhetoric being used merely as a tool for justification of massive financial investment. The Church, being a dominant player in the political architecture of the Spanish Empire along with the royal regime, necessitated the religious fervor to have its sway over the political and economic landscape.

Christopher Columbus in his journals mostly compiled with the appellation of The Diario of Christopher Columbus’s First Voyage to America informs us about the events that unfolded on his trip towards discovering a different world on the West of Europe. He, explicitly in his address to the royal family, states that he yearns to “see the said princes, people, and territories, and to learn [the] disposition” of Indians. He commences further and solicits the behest of the royal regime either to have the indigenous Native Americans “transported to Castile, or held [them] captive in the island”.

The author of the journal does not entertain any scruples in his headstrong resolve to invade the territories of Native Americans and stamp the Spanish authority in order to further the imperial tentacles of the empire. Why would someone dedicated to the proselytization of the indigenous population be engaged in a campaign of economic exploitation? Why would there be a need to dispatch the aboriginals to Europe if the colonial enterprise was driven by the surge of evangelical fervor?

The heinous campaign of enslaving the Natives was coupled with the indiscriminate massacre of children, women and men alike. Scores of people were lynched, tortured, and hanged to death with impunity. The entire swath of the New World was morphed into a stage of bloodbath. By 1600, more than 90 percent of the indigenous population was wiped out either by the spread of diseases or by the systemic killing orchestrated by the foreign invaders. Had religious conversion been the sole or the primary reason behind the colonization of the New World, there should have been an organized attempt on part of the colonizers to cushion the natives against the threat of any disease. Why would the Imperial regime turn a blind eye to the rapid erosion of the indigenous population if their conversion into Christianity was the pivotal component of their colonial outreach?

In contrast to the widespread perception further perpetuated by the parochial reading of the Christopher Columbus’s journal, the quest for the exploration of far-flung regions of the world was driven by the lust for viable economic avenues and reservoir of natural resources.

Christopher Columbus combed through the islands one after the other “in search of gold”. Columbus, soon after his first voyage, led a series of three more voyages in pursuit of mineral resources and valuable gems. He brought into use his prowess of persuasion and coaxing by offering the indigenous people “bread and honey” in order to extract from them information pertaining to the whereabouts of gold and mineral resources. His adamancy to forage for the gold even in the hinterlands of the New World is the telltale manifestation of the overarching economic impulse that precipitated the rapid colonization of the Americas.

In conjunction with the economic impulse, the political configurations around the European Continent also set the stage for the colonial adventures. The Ottoman Empire, founded in 1299, had established its feet around the Eastern Europe after having hoisted its flag in Constantinople in the middle of the 15th century. The imminent threat of the Ottomans to launch lethal attacks on Europe was incessantly stirring tremors in the imperial courts of the Spanish Empire. The colonization of the Americas enabled the Europeans to expand their territorial compass even across the Atlantic Ocean and nullify the effect of capitulations on their Eastern borders.

Yet the whole content of the journal is replete with references to the religious invocation and laced with the desire to enlighten the natives with the torch of Christianity. A strong sense of religious moralization remains a predominant part of the text and carries a hardcore religious narrative.

Probably the plausible reason behind weaving a religious sentiment into a politically and economically driven colonial enterprise was a smokescreen on part of Christopher Columbus to seek the go-ahead from the ecclesiastical hierarchy. Any enterprise undertaken by the political regime in those years had to seek the permission from the Church that wielded a paramount influence upon the affairs of the state.

Though the colonial program prosecuted by the Spanish Empire at the turn of the 15th century was inspired by the need of political clout and economic treasure-trove, the religious fervor remained an ineradicable part of the larger narrative. The instability in the Middle East with legions of religiously fanatic insurgents rising onto the political arena can also be understood in light of these revelations. Even though religious invocations form the chunk of their slogans, the underlying factor contributing to their rebellion can be purely political or economic in nature.

*Rehan Khan is a prospective candidate for the Ph.D. program at NYU.

By Alyn Ware* January 22 was a historic day for the global campaign to eliminate nuclear weapons, with the entry-into-force