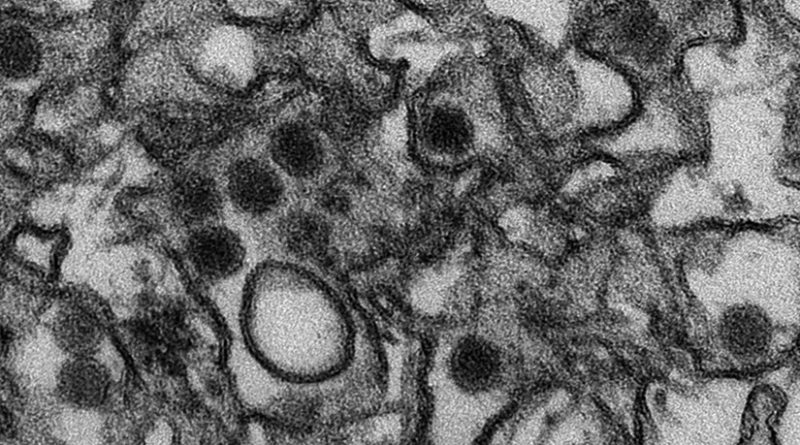 Manifestations of Zika virus (ZIKV) infection differ drastically. Sometimes they are catastrophic, most notably when they cause microcephaly in some babies born to infected mothers. At other times, they are mild and fleeting, suggesting that unknown factors temper Zika infections’ severity. Recently, dengue virus emerged as a prime suspect because it shares many genetic and structural characteristics with ZIKV and is endemic in most of the regions affected by Zika’s global spread.

A study published the November 13, 2017, issue of Nature Communications by La Jolla Institute for Allergy and Immunology (LJI) investigator Sujan Shresta, Ph.D., now addresses interplay between dengue and ZIKV infections. It reports that mice rendered immune to dengue show “cross-protection” from subsequent Zika infection and then identifies specific types of immune T-cells capable of defending against both viruses. These revelations have profound implications for efforts to build a potent anti-Zika vaccine.

“In some parts of the world Zika is almost like a secondary infection. It has spread into Brazil/Latin America and is moving into places in Asia where people previously had dengue,” says Shresta, an associate professor in LJI’s Center for Infectious Disease. “Our new work suggests that vaccines targeting either virus could be engineered to induce both T cell and antibody responses effective to protect people in these areas.”

When one encounters a pathogen in real life, two arms of the immune system spring into action to neutralize it. In the so-called humoral response, B-cells begin to secrete specific antibody proteins, which latch onto and neutralize pathogens in tissue or blood. Simultaneously, a cell-mediated immunity system also becomes active, deploying cytotoxic T-cells to directly recognize and kill pathogen-infected cells.

In theory, the ideal vaccine might mimic both antibody and T cell responses to block an infectious disease. But in truth, most (26 of 28 vaccines currently licensed for human use) stimulate primarily a B-cell or antibody response, which in many cases is sufficient. But Shresta’s new work confirms what many vaccinologists are beginning to suspect, namely that protection against thus far intractable pathogens will likely require rallying both B-cells and T-cells.

Specifically, Shresta’s team created the first “sequential” mouse model mimicking dengue-then-Zika infection. To do that, they first infected mice genetically vulnerable to to this family of viruses with dengue virus. Those mice became sick, recovered from infection, and hence acquired immunity to dengue, presumably because viral infection had mobilized their immune B-cells, T-cells or both. The group then inoculated the same mice with ZIKV and waited to see if mice showed ZIKV symptoms. But overall, mice that had previously acquired dengue immunity showed protection against Zika, as evidenced by a reduced burden of ZIKV in blood and tissues, such as brain, liver or testis, compared to control mice not “pre-inoculated” against dengue.

“These experiments suggest that the reason that some people infected with Zika do not come down with disease is due to prior exposure to dengue,” says Shresta. “This may explain why Zika is not passed to the unborn child of every pregnant woman in dengue-endemic countries exposed to virus.”

In a different experiment, the scientists isolated cytotoxic T cells from the blood of dengue-immune mice and infused them into normal mice, a procedure known as adoptive T-cell transfer. When infused mice were then infected with ZIKV, they also showed disease resistance, supporting the idea that the T-cell arm of the immune system can do the heavy lifting against ZIKV infection.

Jinsheng Wen, Ph.D., a professor at Wenzhou Medical University in Wenzhou City, China, was the study’s first author. Wen says the results from this work are a powerful lesson to vaccinologists currently wrestling with how to design an effective Zika vaccine: “Our work strongly suggests that a successful vaccine would need to include components to induce not only a B-cell response but also a T-cell response.” Today, anti-dengue vaccines that primarily evoke antibody responses are in clinical trials or starting to be licensed in certain countries but show only moderate success. And, there are no approved Zika vaccines, although the US government is partnering with pharmaceutical companies to develop candidates.

Shresta hopes work like hers will guide those efforts. “Approved vaccines for many diseases work by inducing antibody responses. But now we are dealing with problematic diseases, like dengue and Zika for which we cannot rely solely on raising antibodies. Certain pathogens are likely to also require a T-cell response.”