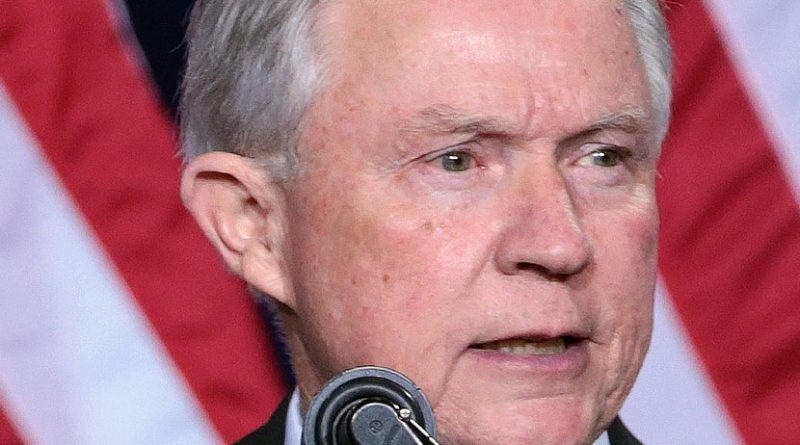 U.S. Attorney General Jeff Sessions on Tuesday rejected accusations that he had lied to lawmakers when he previously testified he knew of no contacts Donald Trump’s election campaign had last year with Russian operatives.

Sessions told the House Judiciary Committee he had no recollection of a 2016 meeting with Trump campaign aide George Papadopoulos, who discussed his contacts with people who said they could arrange a meeting between Trump and Russian President Vladimir Putin, until recent news reports showed he had chaired the meeting.

“In all of my testimony, I can only do my best to answer all of your questions as I understand them and to the best of my memory,” Sessions said. “But I will not accept and reject accusations that I have ever lied under oath. That is a lie.”

Since his last appearance before a congressional panel in mid-October, news surfaced that Papadopoulos had pleaded guilty in early October to lying to federal agents investigating Trump campaign links to Russia and is cooperating with special counsel Robert Mueller’s criminal investigation.

At his January confirmation hearing to become attorney general, the top U.S. law enforcement position, Sessions said he was unaware of communications between the campaign and Russia, but later acknowledged he himself had met then Russia’s then-ambassador to Washington, Sergei Kislyak.

Sessions attributed his failure to remember the Papadopoulos meeting, as well as a contact with Carter Page, another Trump aide who was making overtures to Russia, to the chaos of the Trump campaign.

“It was a brilliant campaign in many ways,” Sessions said. “But it was a form of chaos every day from day one. We traveled all the time, sometimes to several places in one day. Sleep was in short supply.”

He said any new probes would be conducted “without political influence. They will be done properly.”

Committee chairman Rep. Robert Goodlatte, asked Sessions in July and September to appoint a special counsel to investigate allegations of collusion between Clinton’s campaign and the Democratic National Committee, issues linked to her use of a private email system while serving as secretary of state, contributions to her family’s Clinton Foundation, and an Obama-era purchase of American uranium mines by a Russian-backed company.

The letter also asked for an examination of certain aspects of the Federal Bureau of Investigation’s probe into Russian meddling in the 2016 election.

Assistant Attorney General Stephen Boyd responded in a letter to Goodlatte on Monday that prosecutors would report directly to Sessions and Deputy Attorney General Rod Rosenstein “as appropriate” and recommend whether any investigations should be opened or expanded. He further pledged the Justice Department “will never evaluate any matter except on the facts and the law.”

President Donald Trump has strongly criticized an investigation by former FBI chief Robert Mueller into allegations of Russia’s role in the election and possible collusion with the Trump campaign. U.S. intelligence agencies concluded in a January report Putin directed an effort to help Trump’s chances of winning and to undermine American democracy.

“Everybody is asking why the Justice Department (and FBI) isn’t looking into all of the dishonesty going on with Crooked Hillary & the Dems…” Trump tweeted last month.

The president’s comments and the move by Sessions brought complaints from Democrats about executive interference with the judicial branch.

“If the AG bends to pressure from President Trump and his allies, and appoints a special counsel to investigate Trump’s vanquished rival, it could spell the end of the DOJ as an independent institution,” Rep. Adam Schiff said on Twitter.

Rep. Gregory Meeks said the attorney general’s actions were a “political smokescreen” meant to distract from collusion between the Trump campaign and Russia.

“The President & Sessions just politicized the Dept. of Justice, trampling on this country’s sacred rule of law,” Meeks tweeted.

Rep. Andy Biggs, who was one of the Republicans who signed onto Goodlatte’s letter, said the Justice Department’s response is “encouraging,” but not as decisive as the lawmakers would have liked.

“We must have an unbiased, independent special counsel to investigate the matters we have raised. We have spent long enough on meaningless evaluations and empty promises,” Biggs said in a statement.