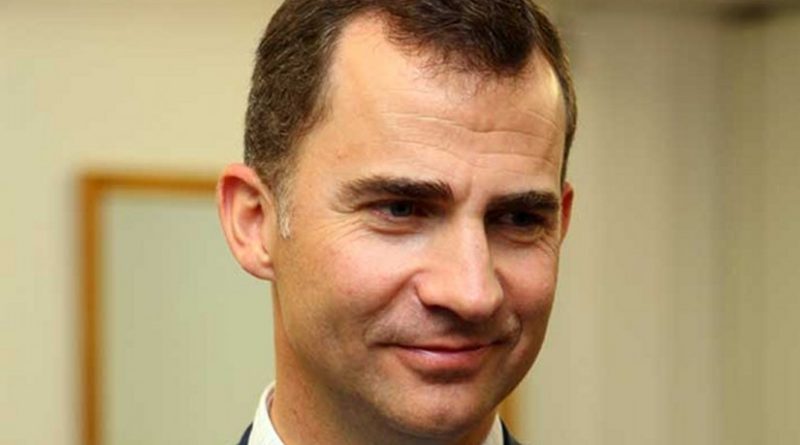 The five, all members of Catalan anti-capitalist party CUP, had been summoned to appear before a judge at the National Audience, Spain’s top criminal court, last week but did not show up.

They stand accused of insulting the monarchy, a crime, and of also burning Spanish flags during a rally on Catalonia’s national day on September 11.
Three suspects were arrested in Barcelona on Monday and brought to Madrid to be questioned by a judge, said a spokesman for Catalonia’s regional police force.

The other two were arrested Tuesday near Madrid where they had gone to support their colleagues.

The support of the CUP’s ten lawmakers in Catalonia’s local parliament is key to propping up a coalition government of separatist parties in the wealthy northeastern region which has its own distinct language and culture.

But apart from wanting independence for the region, they are also strongly against the monarchy.
On Monday, several CUP regional lawmakers tore up photos of King Felipe in the Catalan parliament.

CUP lawmakers and activists also burned photos of the king at rallies held across Catalonia on Monday night.
Since his June 2014 accession to the throne, a symbol of the unity of Spain and its diverse regions, Felipe has issued discreet calls for unity over Catalonia.

Catalans have nurtured a separate identity for centuries, with their own language and customs.

Their long-standing demands for greater autonomy have been exacerbated by Spain’s recent economic downturn, leaving many resenting the amount of taxes they pay to the central government in Madrid to subsidise poorer regions.