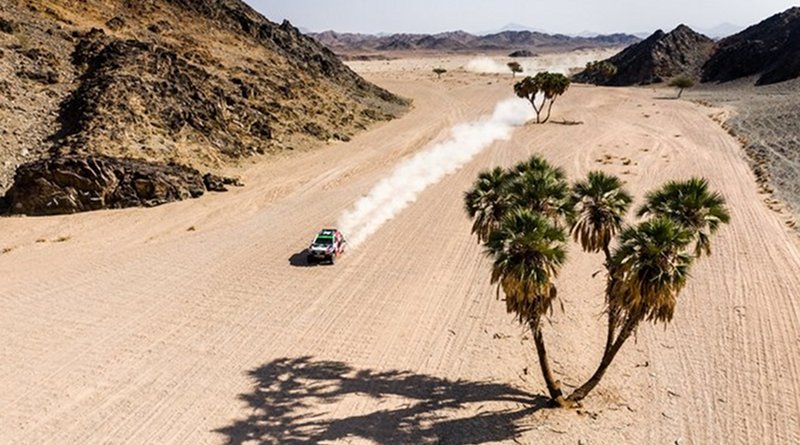 There are only three weeks to go until Dakar Saudi Arabia 2020 starts in Jeddah.

It will be the first time this adventurous race comes to Asia, where Saudi Arabia’s desert will play host to the 7,500-km-long rally over 13 days of action and 12 stages of challenging navigation.

Taking place from Jan. 5-17, the first edition of the rally will see more than 550 drivers from 62 nations explore the vast and formidable desert terrains of the Kingdom.

“We were really excited by the beautiful landscape. The deserts were exactly what we expected with their dunes, nice mountains and small canyons. We have some stages along the sea also, so it will be a mixed landscape, which is very interesting,” 13-time Dakar Rally winner Stéphane Peterhansel said.

“Saudi Arabia is a big country, so there are a lot of possibilities. It has many deserts, which makes it the perfect place to organize Dakar,” the French driver added.

Dakar Saudi Arabia 2020 gets underway in Jeddah before drivers and crews navigate their way through the winding dunes for 752 km.

The challenge will continue up north along the coast for nearly 900 km through the Red Sea Project until the futuristic megacity of Neom, where the journey will reach its highest point at an altitude of 1,400 meters amid a series of canyons and mountains.

A combination of sandy stretches and gravel await Dakar’s thrill-seeking competitors as they cruise through the next 676 km from Neom to AlUla in Dakar’s fourth stage, before the sandy hills of Hail put the navigation skills of competitors to the test as they descend south onto Riyadh.

A rest day in the capital will be followed by Dakar Saudi Arabia’s longest stage — 741 km — as the route takes a turn west to the center of the Kingdom’s enormous desert.

The course will then loop back toward Haradh in the eastern governorate of Al-Ahsa, marking the entrance to the Empty Quarter and building up to the grand finale in the future entertainment, sports and cultural destination of Qiddiya, where the winner will be crowned on the final podium.

“Saudi Arabia is a very big country, and you can find almost every type of terrain in it,” Saudi driver Yazeed Al-Rajhi said.

Spanish rally driver Carlos Sainz added: “I think everyone finds it very exciting. It seems to be really what Dakar needs, and we are hoping to enjoy it and have a good race.”

The Saudi Federation of Automobiles and Motorcycles officially confirmed route details of the rally at an international press conference in Paris.