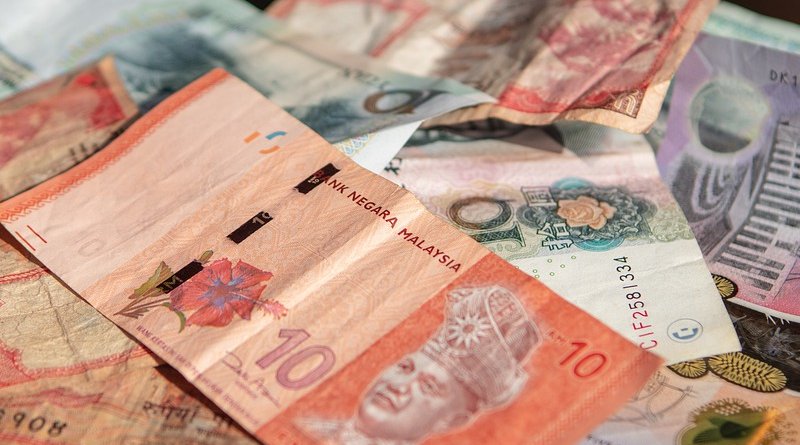 Covid-19 has been considered a global pandemic by the World Health Organisation (WHO) owing to the fact that it has spread all over the world. The world has been swamped by an avalanche of deaths especially in the US, Italy, Spain and France. These countries have plunged into an inexorable state. The number of new cases also spirals out of control and thousands of people are affected aver day. All people can just pray that there will be light at the end of the tunnel.

The virus that originated from China has spread to Europe, North America, South America and other continents, setting alarm bells ringing. The spread of the disease was attributed to globalisation. If there was no globalisation, people were not allowed to move from one country to another and thus the virus might be prevalent in China only.

The number of cases in Malaysia skyrocketed in the middle of March due to the Tabligh group, compelling the government to impose the movement control order (MCO). Initially, the country was placed on the MCO for 2 weeks. However, the number of new cases still remained flat with an average of 150 cases. Now, Malaysia has been on the MCO for more than 4 weeks. This will definitely affect Malaysia’s economy.

The International Monetary Fund (IMF) expects that the pandemic will culminate in numerous countries plunging into recession this year. Malaysia with more than 4,000 cases of the coronavirus is expected to inevitably experience an economic recession.

Economists believe that a country with three consecutive quarters of negative economic growth will face a recession. High unemployment rates ensue of the outbreak. The MCO that has been further extended may have serious repercussions for the economy. All economic sectors such as service, manufacturing and agriculture plummet. The service sector is the most affected sector. This sector includes tourism, transportation and retail. Airlines and hotels are the first to be affected by the outbreak. Many booking cancellations ensued, hurling many companies into a huge loss. 2,000 flights were cancelled by Malaysia Airline (MAS) due to the coronavirus and the company offered unpaid leave to its employees, leaving them idle at home. Tourist arrivals in Malaysia drops due to the outbreak, resulting in many hotel booking cancellations. Companies that cannot afford to cover their costs have to bid adieu to their business. Workers in this sector will be either cyclically unemployed or seasonally unemployed. Cyclical unemployment means that people are laid off due to recession while seasonal unemployment refers to people who temporarily lose their jobs due to the MCO.

During the MCO, Malaysia has banned international tourist arrivals and closed its borders with Singapore and Thailand. The country was caught between the devil and the blue sea because tourism receipts contributed 5.7% of total GDP in the first half of 2019 and the country received the highest number of tourists from Singapore, followed by Indonesia and China. Nevertheless, it had no choice but to ban tourist arrivals. Therefore, this can affect Malaysia’s economic growth.

Due to the spread, it is expected that Malaysia’s exports of goods will drop markedly. Malaysia’s main importers of goods are China, Singapore and the US. However, these countries recorded a huge number of coronavirus cases and thus it will have a deleterious impact on Malaysia’s exports. In 2019, China imported the largest value of products at 14.2% of total product exports, followed by Singapore (13.9%), the US (9.7%), Hong Kong (6.7%), etc. The US reported the highest number of the coronavirus in the world with 502,876 cases. China ranked sixth with 81,907 cases.

Malaysia exports various types of products. In 2019, electrical machinery and equipment accounted for the largest of total exports at 34.4%, followed by Mineral fuels (14.5%), Machinery (9.1%), etc. However, in 2020, its trading partners are affected by the virus. Therefore, export production will be reduced to meet the lower demand and thus a number of workers will be retrenched leading to higher unemployment.  In addition, the global price of oil plummeted, rubbing salt into the wound. This is because the value of exports will decline and thus economic growth will be reduced. Mineral fuels including oil captured the second largest share of total product exports. Therefore, the ringgit will be expected to drop. This is considered the natural resource curse.

Some countries have imposed a lockdown early and some countries delay deciding to lock down fearing that economic activities will be paralysed. Small medium enterprises (SMEs) will also inevitably fall prey to the spread of Covid-19. SMEs play an important role in boosting economic growth. In 2018, SMEs contributed 38.3% of total GDP and it increased by 6.2% compared to the previous year. This will tremendously affect economic growth. The service sector contributed the largest share of SME GDP at 62.4% followed by the manufacturing sector (20.15), agricultural sector (10.1%), construction (5.5%) and mining and quarrying sector (0.9%). SMEs also provide a large number of employments. During the MCO, only shops selling necessity goods are allowed to be open. Others remain close until the MCO will be lifted. This implies that the government decision has a direct impact on SMEs and an indirect on the economy.

Several areas have been gazetted as red zones, namely Selangor, Kuala Lumpur and Johor. However, a large number of SMEs are in operation in these areas: Selangor with the highest number of SMEs (19.8 %), Kuala Lumpur (14.7 %) and Johor (10.8 %). Therefore, they have to do something to avoid an extensive loss. When one door closes, another opens. They need to avail themselves of every available opportunity to ensure that they will be able to sustain in the market. For example they can sell their products online and gain profits.

Households spend less owing to two factors: no income and the MCO implementation, Due to unemployment, they do not have any money to spend and some of them dip into their savings, some just rely on donation or financial aid from the government and some resort to stealing food to fend for their families. Apart from that, households reduce their consumption because of the movement restriction.

According to a study, households in the category of T20 reduced their consumption by 60%, M40 (48%) and B40 (41%). The reduction in household consumption can affect economic growth. This is because economic growth is dependent on household consumption, government spending, investments and net exports. To shield households from the deleterious impact of the MCO, the government uses fiscal policy by increasing its expenditure. A stimulus package of RM250 billion has been offered by the government to gain household spending. Other than that, the Central Bank of Malaysia imposes a moratorium on all loans for six months. These policies aim to restore economic growth.

Notwithstanding several repercussions for the economy, there is a silver lining in Covid-19 that most people might turn a blind eye. The spread of the virus can alleviate environmental degradation. Numerous economists especially in the field of environmental economics believe that economic activities can be harmful to the environment. The IPAT model explains that environmental degradation is caused by several factors: population, affluence and technology.

Economic growth which represents affluence is highly dependent on energy consumption. Malaysia’s reliance on non-renewable energy such as oil, coal and gas has contributed substantially to environmental pollution in spite of the Five-Fuel Diversification Policy. Malaysia consumed 28,962 ktoe of oil products, 16,838 ktoe of natural gas and 1,804 ktoe of coal in 2017. These types of energy contributed to higher CO2 emissions.  CO2 emissions stood at 216,588 ktons in 2010 and soared by 14% to 246,768 ktons. CO2 emissions once dropped in 2009 with a decrease of 9.9% and in the same year, the country succumbed to a recession with its economic growth of -1.5%. This suggests that the decrease in the economic growth reduced CO2 emissions. Therefore, during the MCO, environmental degradation can be mitigated. In a nutshell, the spread of Covid-19 can bring advantages and disadvantages. However, if the MCO is imposed for a long period, the economy can be crippled. Therefore, people must stay at home to break the chain of transmission.

*Dr Mohd Shahidan Shaari is a senior lecturer at Universiti Malaysia Perlis. He earned his PhD in economics, specializing in energy and environmental economics from Universiti Utara Malaysia. He has 9 years of teaching experience and has published more than 30 research articles.