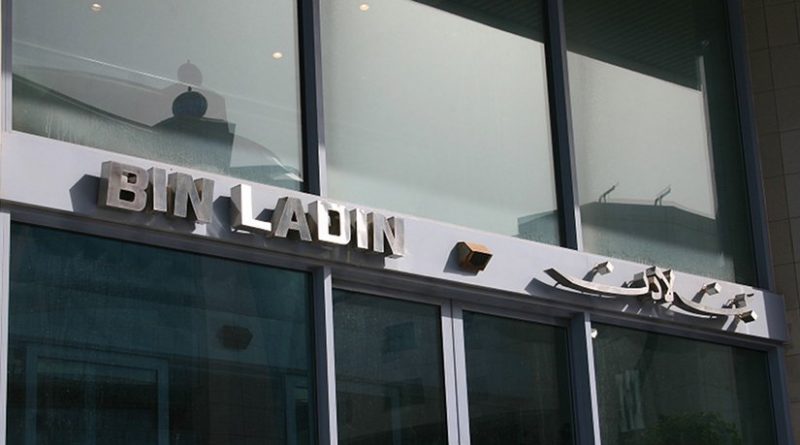 The past year has not been good to Osama Bin Laden’s brothers, owners of the Saudi Binladen Group, one of the kingdom’s leading construction conglomerates.

Tumbling oil prices that have forced the government to delay payments as a result of sharply falling revenues left the group no choice but to lay off tens of thousands of employees. The layoff sparked rare labour unrest in the kingdom with workers who had not been paid for months burning buses in the holy city of Mecca after a tense encounter with management.

The layoffs followed last year’s collapse of a Bin Laden construction crane that killed 107 people and prompted the government to ban the brothers from travelling abroad as well as review the company’s massive government contracts. The travel ban was lifted earlier this month, eight months after it was imposed, according to sources close to the company.

Bin Laden, according to reports in Saudi Arabia’s controlled media and sources close to the company, laid off 77,000 foreign and 12,000 Saudi employees or almost half of its 200,000-strong labour force. The government’s failure to pay the company on time meant it could not meet its monthly payroll of $200 million, leaving it with a debt of $600 million to its employees.

The government, in a bid to alleviate the pain, recently allowed the Bin Laden Group to renew its participation in official tenders. The Bin Ladens’ ability to bid was curtailed after the crane collapse last September.

A You Tube clip posted in 2011 showing a frail King Abdullah, his back bent and supporting himself with a walking stick, illustrated the relationship between Saudi Arabia’s rulers and the country’s private sector. The king pressured Bakr Bin Laden, the group’s chairman to cut the schedule for completion of the expansion of Mecca’s Grand Mosque by half from six to three years. “With all that pressure no wonder the crane collapsed,” said a well-placed observer.

The Bin Ladens’ travails provide a glimpse at the problems Saudi Arabia could face as it implements Vision 2030, a slick document presented last month by Prince Mohammed Bin Salman, the kingdom’s powerful deputy crown prince. The plan aims to significantly reduce Saudi dependence on oil exports that account for up to 90 percent of government revenues by significantly diversifying the economy.

The plan calls for ensuring that the private sector alongside citizenry and non-profits “take their responsibilities and take the initiative in facing challenges and seizing opportunities.” The Bin Laden Group’s travails suggest that a private sector that has been dependent on the government may find the transition painful.

The pain is likely to be paralleled by the need to streamline a government that not only is the private sector’s largest customer but also the country’s single largest employer, offering salaries and benefit packages that compete favourable with those available in the private sector.

Streamlining government and making the private sector less dependent on the state are inevitable steps in restructuring the Saudi economy but are likely to further undermine the kingdom’s social contract in which citizens surrendered their political and social rights in exchange for cradle-to grave welfare.

Working in Prince Mohammed’s favour is the fact that at 30 he represents a new generation that unlike his octogenarian father and uncles is far more in tune with the country’s majority youth whose political, social and economic aspirations differ from that of their parents. Prince Mohammed appears to have recognized that with Vision 2030’s call for an education system that is aligned with market rather than religious needs.

The plan’s focus appears to be as much about long overdue economic reform as it is about addressing key grievances and the creation of release valves at a time of regional turmoil in a bid to ensure the survival of the ruling Al Saud family.

While many consider Vision 2030’s ambition of weening Saudi Arabia off oil by 2020 unrealistic, the Al Sauds’ will ultimately have to fundamentally renegotiate their power sharing agreement with the Wahhabi scholars, a move that could undermine their legitimacy as rulers.

In doing so, the Al Sauds could benefit from vast differences of opinion among the scholars. In a break with strict conservative condemnation of homosexuality and the punishment of gays by death, prominent Saudi scholar Sheikh Salman Al-Owdah, who is believed to be close to the Muslim Brotherhood, recently argued that while homosexuality was indeed abnormal, gays should be punished in the Hereafter rather than in this life.

Sheikh Al-Owdah went on to say that homosexuality did not mean gays were not Muslims. He said practicing gays should however by public about who they are, which would expose them to social pressure.

In a sign that the relationship may change, the government last month took its most daring step yet in curbing the influence of the scholars when it curtailed the powers of the religious police, a potent symbol of the power sharing arrangement.

It stripped the force, the Commission for the Promotion of Virtue and Prevention of Vice, of its right to stop, detain or demand to the identification of people in public areas and demanded a gentler approach by the religious vigilantes. The move constituted the first time that the freewheeling police was presented with a code of conduct for its operations.

Prominent clerics responded by demanding in Friday prayer sermons that the committee be given extended rather than reduced powers. They warned that a failure to do so could lead to the undermining of Islamic mores.

Much like before the clampdown on the committee when a video showing a religious police officer beating a woman who allegedly refused to cover her face sparked outrage on social media, another video has gone viral in recent days in which a municipal police officer in a town near Riyadh appears to be attacking with a stunt gun a vegetable vendor who was involved in a car accident.

Meanwhile, Prince Mohammed’s plan to develop a culture and entertainment industry in a country that bans cinemas and emphasizes expressions of tradition culture like Bedouin poetry is certain to encounter conservative resistance.

The creation this month of commissions tasked with drafting plans for these new sectors came as controversy raged over a Saudi dance video that went viral in cyberspace attracting a huge following in the kingdom and across the Arab world.

Conservatives called on social media for the detention of the young Saudis, including one wearing a dark suit and bright red high-top sneakers, who in the video performed the dance called Barbs (messy or uncoordinated), a crossing between hip hop and break dancing.

Denouncing the dance’s allegedly indecent moves, the conservatives charged that Barbs was evidence of how an opening up of the kingdom would facilitate the undermining of Saudi society by Western influence.

“Even the most educated amongst us are starting to imitate the West. They teach their children frivolity and the result is young people who resemble those in this video, who are busy wriggling to this strange song, the barbs,” warned Um Al-Motasem in a tweet.