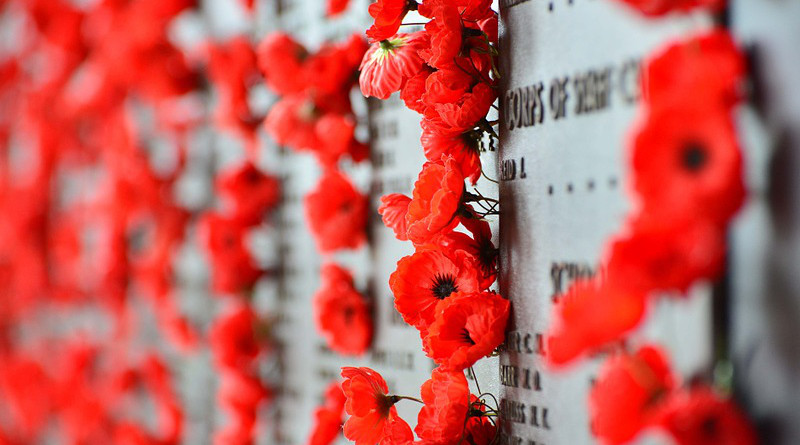 It was a decision both rash and indulgent.  In November 2018, Australian Prime Minister Scott Morrison, after being nudged incessantly by then Australian War Memorial director Brendan Nelson, committed to a redevelopment project intended to double the exhibition space in Campbell.  The amount for the project would be just shy of a half-billion dollars and would be, Nelson claimed with eye-brow raising plausibility, an exercise of therapy for veterans and their families “coming to terms with what they’ve done for us and the impact [war] has had on them.”

Voices in opposition grew, many not exactly fitting the description of pinko defeatist types.  Former Department of Defence secretary Paul Barrett, author Thomas Keneally and eighty-one others appended their signatures to an open letter claiming that the Memorial was “being given preference over other national institutions, and the money could be better spent.”  Nelson’s aims of giving more prominence to supposedly “forgotten” conflicts while fostering a program of healing veterans were questionable aims: the former had to be seen in terms of proportionality and perspective; the latter was the purview of Defence and Veterans’ Affairs.  $350 million had already been disgorged on the occasion of the Anzac Centenary and the Sir John Monash Centre in France.  “Should further money be spent on these extensions rather than on other needy cultural institutions or direct benefits to veterans and their families?”

On one level, the Memorial expansion project was merely typical of the sorts of fripperies wars encourage.  Commemorations and building programs reflecting on the effects of war often have the unintended effect of glorifying the very thing they are meant to eschew.  To the victor go the spoils and the celebrations.  Besides, good narratives to justify killing or being killed are always needed.

Australians generally do not regard themselves as warlike, yet their leaders have deployed them in every major conflict since the late nineteenth century.  Such decisions have often been as emotive as they have been strategic, the former often taking precedence over the latter.  A survey of these engagements reveal the shedding of blood across virtually every continent on the planet.  Be it Britannia or the US imperium, Australian soldiers will do the bidding of others, and happily so.  Resentment, much as that shown to the Australian War Memorial redevelopment, will be dismissed as the ranting of “special interest groups”, traitors or closet fifth columnists.

Before the Parliamentary standing committee on public works on July 14, the egg heads were particularly testy, with the testiness taking various forms.  Former memorial directors Brendon Kelson and Major General Steve Gower both felt slighted at having been left off the drinks list.  That did not stop Kelson from making the point that the expansion was distinctly vulgar.  “The Australian War Memorial is a poignant tribute to those who died on, or as a result, of active service in the nation’s wars.”  The AWM was “dedicated to their commemoration and a place to pause and reflect on the costs of war, a national icon, unique among the world’s great monuments.”

It did not take long for the narrative of the coronavirus to find its way into the hearings.  It seeps, cloys and will out.  Former AWM principal historian Peter Stanley found Nelson’s argument on expanding the memorial in the name of healing as almost laughable, “the museum equivalent … of hydroxychloroquine.” There had been “no demonstrable therapeutic benefit in traumatised veterans visiting a display of their former weapons vehicles or aircraft”.  Such an argument supplied a “meretricious” attraction, but was unsustainable given the findings of clinical studies.

The medical opposition was also shored up by Margaret Beavis, secretary of the Medical Association for Prevention of War.  The literature on veterans’ mental illness had “no reference to memorial-based therapy”.  The notion of such healing derived “from wishful thinking” and untested anecdotes.

Architect and town planner Roger Pegrum had concerns about the way the expansion was going to be implemented in terms of structural and symbolic integrity.  The character of the building would be affected by the bombastic nature of the project. The memorial was merely meant to be a “simple statement of sacrifice and valour” intended to house small objects to best understand why Australians served in conflict.  “If built as drawn, it is an irreversible and complete change to the memorial”.

The current AWM director Matt Anderson tried to buck the trend in the specialist literature on trauma and healing using a technique politicians are often receptive to: the scientifically untested anecdote.  He had been “told by veterans and their clinicians” that such acts as signing the Tarin Kowt wall for Australians who had served in Afghanistan had “positive mental health benefits”.  Susan Neuhaus, a longstanding member of the AWM council, similarly voiced the therapeutic line.   She suggested the need for larger displays, illuminating other areas of conflict Australians had perished in.  There was still, she argued, a “fracture line separating the worthy dead and the unworthy dead”.

The Australian War Memorial Council chair, Kerry Stokes, was characteristically dismissive.  Expanding war memorials was exactly what those involved in war memorials ought to do.  If the public want to see weapons, let them.  Stokes also sniffed the sort of hypocrisy that accretes over time.  “Only after the final designs came out did the special interest groups seem to gather their momentum.”  Most of them, in any case, were based in Canberra; most Australians seemed to relish the prospect of war as glory.  “The number of people who claim not to have been involved is very small.”

Stokes may have a point.  War, packed with its uniforms and lethal toys, is vulgar.  This project, should it be envisaged in the form Nelson intended it, promises to be the most vulgar of all.  Commemorative solemnity has its role, but Australia’s ruling classes have little intention to pause and reflect about the losses the country has either endured or inflicted over the short existence of the Commonwealth.  With money being poured into a delusionary defence budget to fight fictional enemies, the distasteful cinematic joke of healing veterans by reminding them of their weapons of death and destruction seems aptly grotesque.