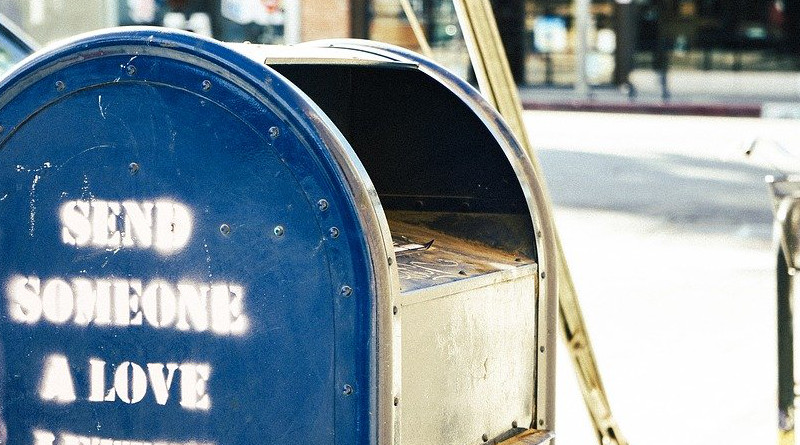 The US Postal Service has given conflicting reasons why mailboxes are being removed from Portland, as a vicious partisan tug-of-war over mail-in voting comes to a head, with President Trump vowing to block funding to the agency.

Insisting “every location that had a collection box will keep a collection box,” Rupert consoled nervous locals that the only boxes vanishing for good were those redundant receptacles positioned next to other boxes.

However, another USPS spokesman, Ernie Swanson, told a different local outlet the agency was only removing doubled-up boxes because of “declining mail volume,” explaining that “ever since the pandemic came along, people are mailing less, for some reason.”

Swanson confirmed the USPS had removed four boxes from Portland – with more removals planned – and a total of 27 from Eugene over the course of the week. But there was no mention of rolling out the high-security mailboxes Rupert had hinted were on their way, where an absentee ballot could presumably rest assured knowing no scofflaw was about to tamper with it.

Despite their apparent failure to compare notes before talking to reporters, the USPS spokesmen both assured Portlanders that the changes wouldn’t affect them personally.

However, many of the social media users sharing photos of the post box snatch-and-grabs were vocally concerned about President Trump’s threat to block funding to the postal service in order to scuttle the Democrats’ push for universal mail-in voting. Oregon became the first US state to vote by mail over two decades ago, and its government is fiercely proud of its absentee ballot system, which boasts significantly higher voter turnout than the national average.

Outside experts brought in by the Oregon Secretary of State in May acknowledged that while they were unable to find any “immediate vulnerabilities” that would make the system prone to fraud, it was “difficult to audit,” as it was based on a 16-year-old computer program sorely in need of modernization. Others have argued the system encourages “ballot harvesting” – a pushy get-out-the-vote tactic that can cross the line into harassment and intimidation.

Oregon may be an old hand at voting by mail, but other states face a steep learning curve should the US opt for an all-mail-in election in November – something Trump has pledged to block at all costs, insisting it would open the door to unprecedented fraud. Should Democrats in Congress fail to “make a deal” regarding a Covid-19 relief package with a hefty funding boost for the Post Office, “that means they don’t get the money,” the president told Fox News on Thursday.

While the USPS is chronically underfunded due to massive pension liabilities – by January, it was already in the hole for $120 billion, an amount comparable to the GDP of Ukraine – the Covid-19 pandemic has pushed it even deeper into the red. The agency was authorized to receive a $10 billion loan as part of the CARES Act bailout back in April after then-CEO Megan Brennan pleaded with the Trump administration for an emergency cash infusion, claiming the USPS would run out of money by September. However, the president’s decision to replace Brennan with Republican donor Louis DeJoy has inflamed concerns Trump seeks to kill (or at least privatize) the Postal Service.