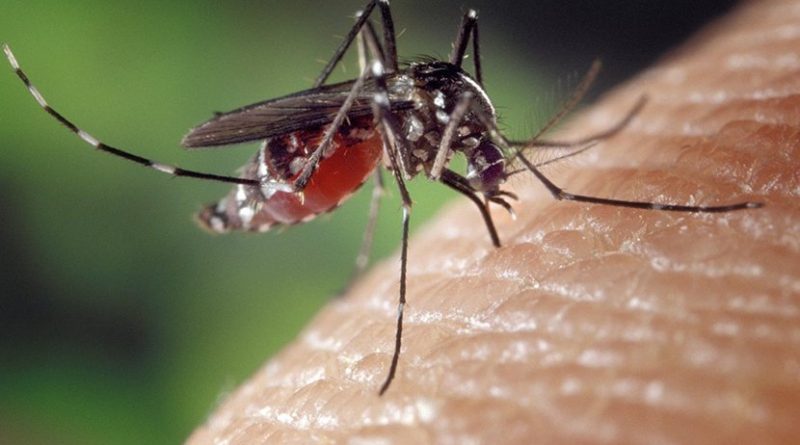 As Zika emerges as a clear threat, India’s disease-surveillance and disease-control architecture is confronted with the puzzle of solving the curious combination of microcephaly and day-feeding mosquito menace.

The confirmed cases of Zika virus in India — only a handful until few weeks back — has shot up to over 30 cases in just the last week. More than 80 percent of the confirmed cases come from a localised outbreak in Jaipur, Rajasthan. A silent prowler, Zika is now demanding its due attention in India.

Back-to-back developments to assess and control the situation are underway. Concerned over the emerging outbreak, a high level technical meet was convened on 8 October in Delhi. Next day, Prime Minister Narendra Modi sought a review on Zika outbreak in Rajasthan. To allay the fears in the public, Union Health Minister personally briefed the media on the ongoing mitigation efforts, including the support extended by the Centre to the Rajasthan government. While the current focus is clearly on Zika’s epicentre in Rajasthan, it would be a gross misjudgement to approach the ongoing outbreak in isolation or through outbreak control mechanisms alone, over concrete and sustainable efforts to control the most prominent and re-emerging mosquito borne diseases in India, Malaria, Dengue and Chikungunya. Zika — the latest addition to the list of the most prominent and re-emerging mosquito-borne diseases including Malaria, Dengue and Chikungunya — is a unique and interestingly complex case among its genre. Considering Zika’s distinctive disease causation nature, it urgently needs a far more coherent strategy than what was required for other mosquito-borne diseases.

Zika, originally discovered in 1947 in the forests of Uganda in Africa, has been a low profile virus for over a half century, geographically limiting its impact and presence to parts of Africa, Asia and islands of Western Pacific regions until the last decade. However, the threat of Zika outbreak along with its deadly congenital and neurological consequences unfolded silently over 2015-16, as it crossed boundaries and entered Brazil, most probably through the infected travellers and spreading through the day-feeding Aedes mosquitos. The severity of complications caused by the disease among the newborns set off alarm bells across health officials and also prompted the World Health Organisation (WHO) to declare Zika a Public Health Emergency of International Concern (PHEIC) on 1 February 2016. Following this, a long-term Zika Strategic Response Plan was established, urging member states to strengthen national-level efforts and greater collaborative measures to invest on finding vaccines and treatment options.

Zika is tricky and dangerous. It can be totally insusceptible or with very mild symptoms among the infected, including pregnant mothers, but severely affects the new born. Zika has multiple modes of transmission, including through the sexual route. Only one-fifth of the Zika infected adults are known to have identifiable problems — highly non-specific and mild — such as fever, rashes, joint pains and conjunctivitis.

Despite lacking deeper understanding of cell-level biology on Zika disease causation, transmission and consequences, there is ample evidence, as accepted by WHO, on the strong causal linkages for deadly neonatal anomalies with Zika. Prominent among these, microcephaly — literally meaning small head — is a condition of developmental abnormality of serious concern. Children with microcephaly can have multiple sensorineural, motor and developmental difficulties.

Responding to the global alert, India started its surveillance activities in 2016 itself. Initially, the focus was on screening travellers across ports of entry, especially those returning from the affected countries. The Indian Council of Medical Research (ICMR) and the nodal agency National Institute of Virology (NIV) — going beyond surveillance exercises across human and mosquito populations — also geared up with central-level confirmatory testing capacity and also extended preparedness support to regional labs, under the upcoming network of Viral Disease Research Laboratories (VDRL).

As part of scrutiny at public hospitals in Ahmedabad in Gujarat, confirmations for three Zika cases came from mildly symptomatic patients towards the end of 2016 and in early 2017. All the three cases were surprisingly indigenous — with no history of travel to the affected countries — suggestive of silent circulation of the virus in the communities.

Presence for Zika in India, although documented in the 1960s, the virus could not be isolated, remaining inconclusive for its epidemiological presence. However, there was never a guarantee of the absence of Zika in circulation, as surveillance systems in India are not fool proof and still evolving. Results from community-level studies over thousands of samples undertaken over the last two years hinted at low levels of transmission of the virus within the communities. However, Indian researchers cautioned in 2017 on Zika’s silent circulation, with the possibility of a large scale outbreak. A similar scenario was witnessed with the resurgence of Chikungunya as an outbreak in 2000 in Maharashtra after almost a decade of silence, when it was thought to have disappeared from India.

Zika virus strains in India, although different from the more virulent strains found in Africa and Asia, has all the factors for their spread. India has Aedes mosquito vector population thriving on the unhygienic dwellings and conductive climatic conditions. Genetic mutations, too, offer the needed potency for the virus to become stronger. Given the rising trend of Dengue outbreaks, almost endemic in urban pockets across India, and the increasing breeding sites for Aedes mosquito, the current Zika outbreak in Rajasthan cannot to be taken as a case in isolation. This could be the tip of iceberg, with the potential to go berserk, unless halted efficiently and effectively.

As per WHO, 86 countries have documented presence of Zika in 2017 including India, which was placed under ‘Category 2’ countries i.e. “Areas with no evidence of ongoing transmission.” During the period of outbreaks in countries like Brazil and other South American nations from Category 1, which have total populations that are comparable to the population of some of the large Indian states, the numbers affected were in into hundreds and multiples of thousands. Thus, unless acted upon swiftly, India faces a grave risk of getting re-classified into Category 1 i.e. “Area with new introduction or re-introduction with ongoing transmission” and taking the brunt of having to handle thousands of cases suddenly.

Timely identification of Zika is quite challenging. With only one-fifth of Zika cases being mildly symptomatic, self-detection is almost never possible. With over 50 percent of the Zika viral makeup mimicking that of the Dengue virus resulting in significant cross reactivity among rapid testing kits — identification at the point of care gets ruled out, even among those with symptoms and already seeking medical care; the advanced molecular testing Real Rime Polymerase Chain Reaction (RT-PCR) remaining the only dependable option. Specific requirements of sample collection — properly timed around 4-5 days after the onset of infection — and safe transportation to the government identified apex laboratory with RT-PCR, make timely detection of Zika cases towards prevention of outbreaks a challenging task. Considering the larger proportion of out-patient consultations happening in the private sector and most of the ‘slightly’ sick not even visiting a medical practitioner for mild ailments, the existing surveillance mechanisms are handicapped for pre-emptive actions to arrest the possible outbreaks.

In view the inherent challenges for surveillance, targeted focus should be on pregnant mothers who are the most vulnerable, but approachable through antenatal care settings. They need to be tracked throughout their pregnancy with utmost caution. It is important to evolve with a broad strategy involving both private and public medical experts across disciplines i.e. gynaecologists dealing with miscarriages, radiologists conducting ultrasound scans, obstetricians assisting in deliveries and counsellors. Patients with confirmed Zika might need counselling, especially on family planning — if in a reproductive age group or if already pregnant — along with care and support to decide on pregnancy-related matters. Most importantly, lab tests and supportive care for children with microcephaly should be made seamless and freely available for the all patients including from the private sector.

Latest studies from Brazil have found manifestations of neuro-developmental sequalae even among babies visibly normal at birth. This suggests that exercising caution in screening for Zika should not be limited for ‘Congenital microcephaly’ at the time of birth, but for much longer period after the birth of babies. Care for infants with developmental abnormalities could force the parents of affected children to intense psychological and financial shock, also straining public sector efforts and resources.

Any attempts to downplay the silent epidemic of Zika will not just end in a missed opportunity, but will fuel the larger challenge of congenital anomalies, ethical dilemmas on termination of pregnancies and rehabilitation requirements. Control of mosquitos is far simpler and smarter alternative to act on.

Home » Emergence Of Zika In India: Tip Of Iceberg? – Analysis