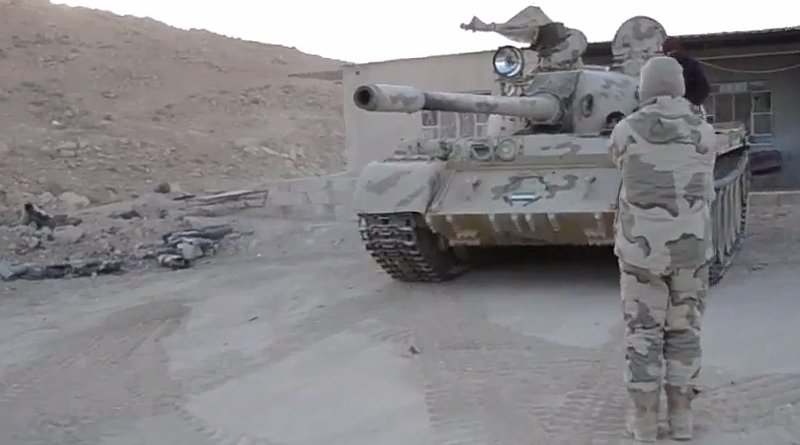 On October 09, Turkey launched Operation ‘Springs of Peace’, a military excursion into north eastern Syria to establish a ‘safe zone’ with the objective of preventing the Syrian Democratic Forces (Quwwāt Sūriyā al-Dīmuqrāṭīya or SDF) from controlling areas along the Turkish-Syrian border. This is part of Turkey’s longstanding goal to have a military presence in Syria to neutralise the alleged “terror corridor” run by the SDF. Ankara has been opposed to the formation of an autonomous Kurdish region (Rojava) in north eastern Syria because of the insurgency led by the Kurdistan Workers’ Party (Partiya Karkerên Kurdistanê or PKK) in southeast Turkey.

In his address at the 74th session of the United Nations General Assembly (UNGA) on September 24, President Recep Tayyip Erdoğan gave a detailed account of Turkey’s plan to establish the safe zone, along Turkey’s south eastern border. According to Erdoğan, the safe zone will be 480 kilometres long and 30 kilometres deep inside Syria. He argued that the safe zone east of River Euphrates will be able to house nearly two million Syrian refugees who were forced to flee to Turkey after 2011. According to the Turkish official estimates, Turkey currently hosts about 3.6 million Syrian refugees and has spent nearly US$ 4 billion on their housing and welfare. While underlining that talks with the United States (US) on establishing the safe zone is still under progress, Erdoğan expressed Turkey’s determination to continue with the plan.

Turkey’s plan for a safe zone in Syria is not new. Erdoğan has on several occasions in the past talked about the need for a safe zone inside Syria. For instance, in early September this year, while addressing a gathering of provincial leadersof the ruling Justice and Development Party (Adalet ve Kalkınma Partisi or AKP), he had statedthat “Turkey is determined to actively initiate formation of a safe zone in Syria along the eastern line of the Euphrates River.” Between 2014 and 2018, Turkey had undertaken a number of limited military operations in northern Syria to execute its safe zone plan. There are two major objectives that Turkey seeks to achieve through the establishment of a safe zone in northern Syria. One, breaking the nexus between the SDF and the PKK which Turkey feels undermines security in its southeast. And, two, establishing a Turkish-controlled zone inside Syria to repatriate the Syrian refugees languishing in Turkey.

Turkey has since 1984 faced Kurdish insurgency led by the PKK, which was declared a terrorist organisation by the government the same year. Several past efforts at ending the insurgency, including the most recent one in July 2015, have failed to achieve peace due to lack of political accommodation by Turkey. The failure of peace talks with the PKK saw the revival of the Kurdish insurgency in the following years. Ankara fears that an autonomous Kurdish region in northern Syria could become a safe haven for the PKK militants and leaders to spearhead the insurgency in southeast Turkey. It believes that Syria’s Democratic Union Party (Partiya Yekîtiya Demokrat or PYD), founded in 2003, is a sister organisation of the PKK and has been aiding and supporting the PKK to continue its activities inside Turkey. The PKK was listed as a Foreign Terrorist Organisation (FTO) by the US Department of State in 1997 and by the United Kingdom (UK) and the European Union (EU) in 2000 and 2002, respectively. Ankara insists that the PYD and its armed wing, the People’s Protection Unit (Yekîneyên Parastina Gel or YPG), and by extension the SDF which is dominated by the PYD-YPG, too should be considered as terrorist groups.

Through the Turkish-controlled safe zone, Ankara also wants to eliminate the SDF. At the UNGA, Erdoğan made it clear that Turkey considers the SDF as a terrorist organisation and that it is committed to eliminate this national security threat. He stated that the “elimination of the PKK-YPG terrorist structure in the east of the Euphrates” is significant for a credible resolution of the Syrian crisis.

Furthermore, Turkey sees the creation of a large safe zone in northern Syria as an easy way out of the problem it faces due to the presence of a large Syrian refugee population within its borders. As stated earlier, Ankara wishes to repatriate and resettle about two million Syrian refugees in the safe zone under its control. Some reports suggest that Turkey has already started the process of repatriating them to areas in northern Syria which are currently under its control. Erdoğan during his address at the UNGA invited other countries, especially from the EU, to join the Turkish efforts to resolve the refugee problem. According to Ankara, new townships can be developed in the proposed safe zone through international efforts which will help Turkey as well as the EU countries to repatriate Syrian refugees and migrants to their home country.

Until recently, Syrian migrants and refugees were more a foreign policy issue in Turkey used as leverage during negotiations with the EU countries. However, with the downward economic spiral, domestic anger against illegal migrants and refugees has been growing. Incidents of violence against migrants and news of their involvement in petty crimes are often reported in the local media. For the ruling AKP, the issue is now of serious concern because of its poor performance in the local elections held in March 2019. Many Turkish political analysts were of the view that the anger against illegal migrantsand continued economic problems were major factors responsible for the poor performance of the ruling AKP in the municipal elections. Political calculations have forced the AKP to also recognise the financial burden of hosting the Syrian refugees, which the party earlier projected as a case of humanitarian assistance to enhance its domestic support.

Ankara’s plan, however, runs contrary to the interests of other important actors in the Syrian theatre. Turkey’s North Atlantic Treaty Organisation (NATO) ally, the US, is not in favour of a large safe zone. Until recently, US depended on the SDF to defeat the Islamic State (IS). It was the most effective local force against the IS terrorists and now, with the US support, controls the de facto autonomous Kurdish region in northeast Syria. Therefore, the US is not inclined to accept the Turkish plan that might undermine the SDF and the autonomous Kurdish region. The key difference is on the expanse of the safe zone. The US in consultation with its Syrian Kurdish partners wants it to be as narrow as eight kilometres. Turkey, on the other hand, wants a 30-kilometre-deep territory that will eventually expand up to Deir-ez-Zor, creating a large Turkish-controlled area in northern Syria.

The issue became a major point of friction between Washington and Ankara earlier this year as the latter threatened unilateral military action against the SDF. Turkey has been opposing the US support to the SDF even after the defeat of IS. On August 07, even as officials from Turkey and the US announced reaching an agreement on establishing a safe zone, there was a lack of clarity over the extent of the zone. However, President Donald Trump’s sudden announcement on twitter to withdraw the US forces from northeast Syria indicates that the White House is willing to go along with the Turkish plan for the time being.

Nonetheless, it is not only the US which has had problems with Turkey’s safe zone plan. Russia and Iran, which together with Turkey spearhead the Astana peace process on Syria, too have been opposed to the Turkish proposal. Both countries, though sympathetic to Turkey’s security concerns, believe that Turkey’s safe zone plan undermines Syria’s sovereignty and seeks to return a large number of Syrian refugees who fled the country. While Russia’s position on the return of the refugees is unclear, Iran is opposed to the Turkish plan as the Syrian refugees in Turkey largely support the anti-regime groups and militias which it fears will undermine the regime’s authority. Although, Erdoğan has moderated his views on the question of Syrian unity under the Bashar al-Assad regime as was reflected in his UNGA speech, he continues to blame the Assad regime for aggravating the crisis and massacre of the opposition groups and militias in Idlib and argues that this will lead to a new round of influx of Syrian refugees into Turkey.

The Assad regime and the Syrian Kurds too are opposed to Turkey’s safe zone plan. The regime is opposed to the Turkish military presence and does not want refugees back as they are considered traitors. For the regime, this will also undermine the territorial integrity of Syria. On the other hand, Kurds see the Turkish pursuits as an existential challenge. The majority of Syrian refugees in Turkey are Sunni Arabs and Turkmen, while the area being touted as the safe zone is predominantly Kurdish and hence the SDF fears ‘ethnic cleansing’ of the Syrian Kurds by the Turkish forces.

Turkey’s Operation Springs of Peace faces serious hurdles. While the Trump administration and the SDF are fine with a narrow ‘peace corridor’, the wider safe zone is not acceptable to both. The Syrian Kurds counted on the US support and the EU sympathy to counter Ankara’s belligerence but now feel betrayed by the Trump administration. This might push them to seek Russian support. The Assad regime and its supporters in Moscow and Tehran too are opposed to the idea of Turkish intervention in northeast Syria and have escalated their assault on the Turkish-backed opposition in northwest Idlib. In reaction to the Turkish incursion, Iran has launched a military drillin its north western region bordering Turkey. Though Erdoğan has made Syrian safe zone a domestic political issue linked to Turkey’s national security and economic revival, given the complexities in Syria and lack of support for the plan, establishing the proposed safe zone will be a difficult task.

*About the author: Md. Muddassir Quamar is Associate Fellow at Institute for Defence Studies and Analyses, New Delhi.

Home » Will Turkey Be Able To Establish A ‘Safe Zone’ In Syria? – Analysis

One thought on “Will Turkey Be Able To Establish A ‘Safe Zone’ In Syria? – Analysis”