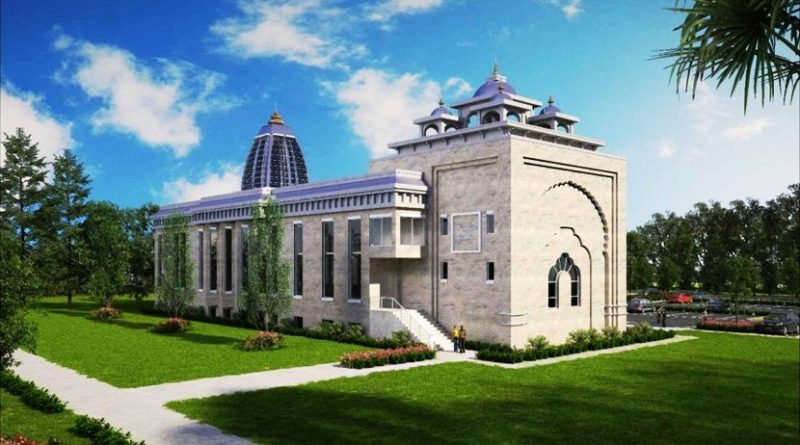 SMCS, a registered charitable organization, is said to be raising funds for this about 30,000 square feet Hindu temple and cultural centre, which will include statues of various Hindu deities and will be marked by various spires.

Interim Mandir run by SMCS opens daily and holds arti. SMCS also organizes various cultural, religious, social and educational events in the area; and to “promote multiculturalism” is one of its objectives. It plans to conduct yoga, spirituality, dance, music, art and language classes; besides undertaking charitable and humanitarian activities. It has launched “One paycheck to Mandir” donation project, reports suggest.

Rajan Zed, who is President of Universal Society of Hinduism, further said that it was important to pass on Hindu spirituality, concepts and traditions to coming generations amidst so many distractions in the consumerist society and hoped that this temple complex would help in this direction. Zed stressed that instead of running after materialism; we should focus on inner search and realization of Self and work towards achieving moksh (liberation), which was the goal of Hinduism.

Kalpesh N Patel, Chitra Udayshankar, Vipul Patel and Dipak Bhatt are President, Vice President, General Secretary and Treasurer respectively of the Temple Committee; while Jigar Desai is the Board of Governors Chairperson.