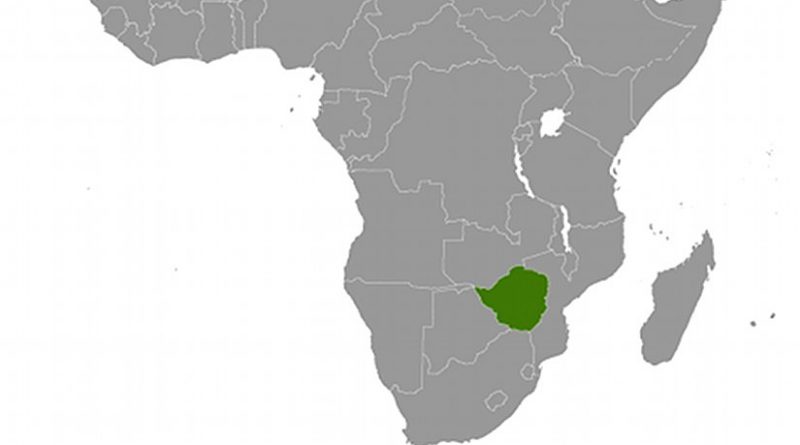 Zimbabwe’s longtime president is “confined to his home,” South Africa’s president said Wednesday, leaving Robert Mugabe’s fate uncertain after what increasingly appears to be a military-backed effort to oust him after 37 years in power.

Social media accounts report the mood is tense in Harare, the capital, as some businesses closed early.

Tanks rolled through Harare on Tuesday, a day after the head of Zimbabwe’s armed forces, General Constantino Chiwenga, warned he would “step in” unless Mugabe stopped trying to purge the ruling ZANU-PF party of supporters of former vice president Emmerson Mnangagwa. Dozens have been arrested since Mugabe fired the vice president on November 5.

​The events of the last few weeks, says analyst Piers Pigou of the International Crisis Group, tipped the balance on an escalating crisis.

“Something obviously had to give, particularly over the last week, in the last few days, when the situation has become a lot more tense,” he told VOA. “[Chiwenga] said he will intervene, and I think that a number of people thought that this was a bluff, that he wouldn’t intervene, that Mugabe still retained some measure of control of the situation.”

“We wish to make this abundantly clear this is not a military takeover of government,” army spokesman Major General SB Moyo said in an early morning statement. “What the Zimbabwe defense forces is doing is to pacify a degenerating political, social and economic situation in our country, which if not addressed may result in violent conflict.”

The chairperson of the nation’s influential war veterans’ group described the action as “a bloodless correction” — a term analysts disputed.

President Jacob Zuma, who chairs the Southern African Development Community, said in a statement that he spoke to President Robert Mugabe, who indicated he was confined to his home. South Africa is also in contact with the Zimbabwean Defense Force.

When Mugabe fired Mnangagwa he indicated he was planning to replace the ousted vice president with the first lady, which would put her in position to become president when her 93-year-old husband retires or dies.

Zimbabwe’s ruling party said on social media Wednesday that Mnangagwa will return. His whereabouts are currently unknown, though he is rumored to be in South Africa.

“Neither Zimbabwe nor ZANU are owned by Mugabe and his wife,” said the Twitter message from the @zanu_pf handle. “Today begins a fresh new era and comrade Mnangagwa will help us achieve a better Zimbabwe.” The Twitter account has previously been used to air the party’s beliefs, though it was not possible to independently verify the claims.

Late Tuesday, a VOA reporter was physically assaulted by soldiers in the capital while attempting to cover events at the state broadcaster. Soldiers beat the reporter and a local-media colleague with batons, kicked them and took the reporter’s money, phone and press card.

Witnesses reported at least three explosions and heavy gunfire in the capital in the early morning.

Zuma, in his statements, also “called for calm and restraint and has expressed hope that developments in Zimbabwe would not lead to unconstitutional changes of government.” British Foreign Secretary Boris Johnson called for “calm and restraint”, but offered harsh words for Mugabe.

“Mugabe’s consuming ambitions was always to deny them that choice,” he said before the House of Commons. “And this House will remember the brutal litany of his 37 years in office. The elections he rigged and stole; the murder and torture of his opponents; the illegal seizure of land leading to the worst hyper-inflation in recorded history.”

Mnangagwa, 75, was seen for years as a likely successor to the president, and maintains strong backing in the army. Grace Mugabe, 52, has support in the party’s youth wing and is believed to have engineered the firing of another vice president, Joice Mujuru, in 2014.

Sebastian Mhofu in Harare contributed to this report.