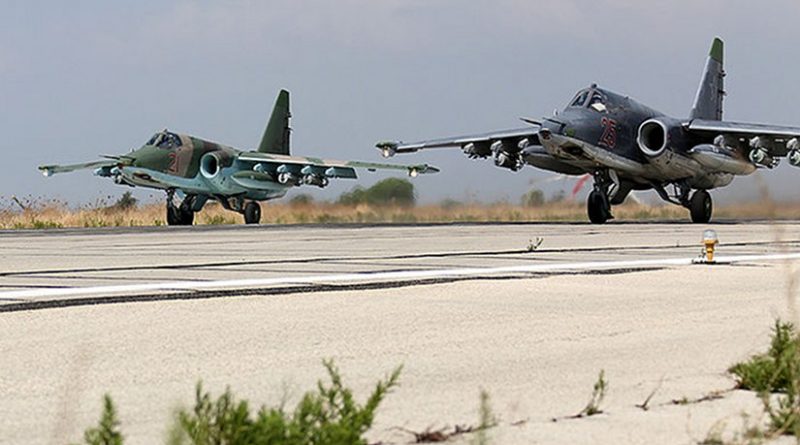 The Russian air group in Syria is to be reduced to a single squadron of battle-ready warplanes, at least for a brief period of time until new aircraft with fresh crews arrive, Al-Masdar News reports.

According to sources (many of them pro-opposition sources who, interestingly enough, claim to have heard the information from ‘Russian officials’), some 23 aircraft of the Russian air grouping in Syria are to be returned to their permanent bases in Russia.

The reduction of twenty-three warplanes from a recently identified compliment of 35 present at the Khmeimim Air Base means that only a dozen aircraft will remain – basically, a single squadron of jets.

In all probability, the Russian air force in Syria is likely going through a phase of extended rotation – something that is much needed after a two year period of high-intensity operations in which only partial rotations took place.

It is also worth keeping in mind that the 49-year contract signed between the Syrian and Russian governments for Russian Aerospace Forces ownership of the Khmeimim base remains valid.

To this end, it is likely the case that Russia will pull back some warplanes for the sake of creating the space need for construction workers to fully overhaul Khmeimim‘s infrastructures and build a fully-fledged airbase with hardened bunkers and self-support services.

Finally, there remains an unidentified number of Russian warplanes and attack helicopters (particularly the latter) stationed at various Syrian military airports throughout the country – whether these aircraft are rotated or kept on active duty remains unclear.