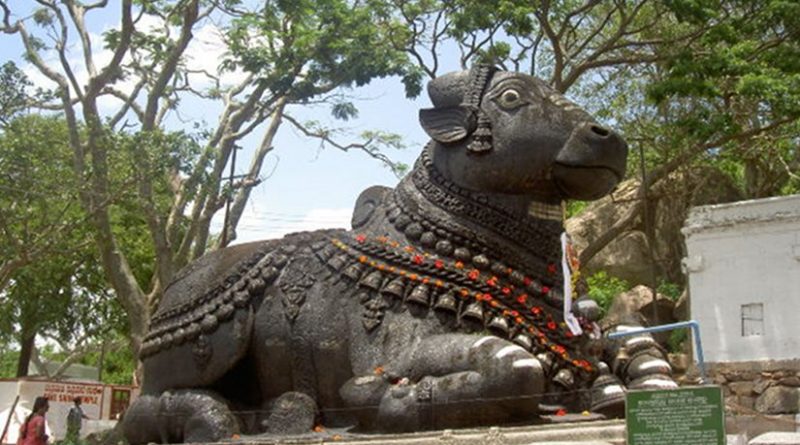 Hindu groups are challenging the chief minister of Karnataka state to prove his faith by banning beef in the southern Indian state.

Firebrand BJP leader and Uttar Pradesh state chief minister Yogi Adityanath asked the state’s Congress chief minister Siddaramaiah to ban the slaughter of cows if he is a true Hindu.

“If Siddaramaiah is a Hindu, he should not allow cow slaughter,” Adityanath said Jan. 7 while addressing a BJP rally, indicating beef will be one of the issues for the BJP in its effort to recapture power in the 224-seat house.

When the BJP was in power five years ago, legislation was passed banning the slaughter of cows, revered animals for orthodox Hindus. But the Congress government of Siddaramaiah repealed it.

“In the run-up to the assembly polls, Siddaramaiah is telling everyone that he too is a Hindu,” Adityanath said, airing the BJP’s determination to fight the election by placating Hindu religious sentiments.

Siddaramaiah said BJP leaders need not teach him about Hinduism and reverence for cows.

“Who are these people to question our food choices? A lot of Hindus eat beef. If I want to eat it, I will. Who are they to object to it? I don’t eat beef only because I don’t like it,” he said.

Hindu groups have been focusing on the meat issue ahead of the election. Beef traders in Goa, a former Portuguese colony, shut down business recently while accusing cow vigilante groups of harassment.

The tiny Catholic stronghold known as an international tourist destination does not have enough beef and depends on neighboring Karnataka state for its daily consumption of some 2,400 kilos of meat, mostly water buffalo.

Meat traders and transporters, who are mostly Muslims, say Hindu groups harass them on Goa’s state borders, confiscate meat and destroy it, suspecting them of slaughtering cows. After a four-day shutdown, they resumed business Jan. 10.

“We are resuming operations based on police assurances, but we are not confident that our interests will be safeguarded,” said Munna Bepari, chairman of the Meat Traders Association in Panaji, the capital of Goa state.

“We are sick of these raids by cow vigilantes. Every other day these groups target our beef consignments (from Karnataka). Government officials also keep harassing us.”

Cow vigilante groups, who are known for using violence to protect cows, conducted more than five raids on beef being transported during the peak business time of Christmas and New Year, which is also the wedding season in Goa.

Officials not only confiscated vehicles at the border but also destroyed beef worth over 3 million rupees (US$48,000) while accusing beef transporters of not having licenses and documents to prove they are carrying legitimate and edible meat.

Bepari said licenses and documents are also needed to transport mutton, chicken and fish. “But no one asks them for licenses. It’s only beef they are obsessed with. The government ought to stop these groups from taking the law into their own hands,” he said.

Goa BJP chief minister Manhar Parrikar told a Jan. 10 press conference that meat can be imported if there are “proper documents and billing. If any one interferes with legal imports, I will ensure it is punished.”

Catholic leaders in Goa say what is happening is part of a national plan to placate Hindu feelings and help the BJP in elections, particularly in Karnataka.
“It is a shame that dietary preference has become so dangerously polarizing,” said Jovito Lopes, a leader of Goa’s Catholic Association. “The Goa government has to be seen to be not giving in to fundamentalist forces and should not play a dual role,” he said.

Legal restrictions on the slaughter of cows exist in 19 of India’s 29 states, but there are none in nine northeastern states and southern Kerala state.

Hindu groups have been demanding a national law to ban cow slaughter ever since the BJP won the national election in 2014 and Prime Minister Narendra Modi took office.

These demands become shriller near elections, with Christian leaders claiming their aim is to isolate the principal beef-eating communities of Muslims, Christians and socially poor Dalit groups to garner the votes of majority Hindus.

Archbishop Bernard Moras of Bengaluru told ucanews.com that he had comment to make on the political discourse in the state.

“We do not get involved in politics. Our role is to animate people. We don’t want to make any comments concerning politics,” said the prelate, seen as the leader of 1.2 million Christians who form about 2 percent of the state’s 61 million people.