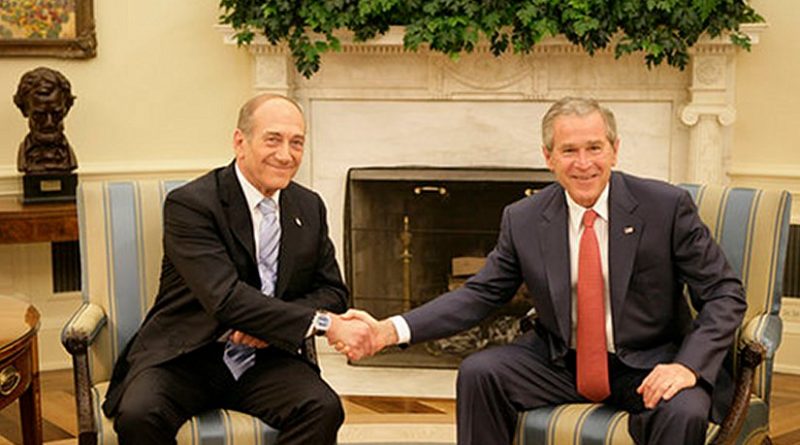 Last week I returned from Poland, where I had been touring the documentary film, “Outside the Law: Stories from Guantánamo” (which I co-directed with filmmaker Polly Nash), and discussing the importance of an ongoing investigation into the complicity of the Polish government in the establishment of a secret CIA torture prison in Poland in the early years of the “War on Terror.”

The investigation is of enormous significance, as the Polish Prosecutor has granted “victim” status to two men held at the prison — the “high-value detainees” Abd al-Rahim al-Nashiri (in October) and Abu Zubaydah (just three weeks ago) — meaning that the Polish government possesses information identifying both men and their presence at the prison, almost certainly between December 2002, when they were flown to the prison from Thailand, and September 2003, when they were moved elsewhere — possibly to Guantánamo, where a secret prison-within-a-prison existed until March 2004, when the “high-value detainees” were moved again.

Despite this, progress in Poland, since the investigation opened in 2008, has been painfully slow, as those affected by it have refused to acknowledge the prison’s existence, and have ridiculed anyone who has attempted to expose its existence, or to suggest that senior officials had knowledge of it.

Although, personally, I believe that the granting of “victim” status to al-Nashiri and Zubaydah means that the Polish investigation cannot be effectively stifled — and made a point of telling this to audiences in Poland — I understand concerns that it will go the way of a similar investigation in Lithuania, where another secret CIA prison also existed, but where an investigation fizzled out just a month ago.

As Amnesty International reported, in a call for the investigation to be reopened, although a Lithuanian parliamentary inquiry “issued a report in December 2009 concluding that the secret prisons existed and that SSD [State Security Department] officials should be investigated for ‘abuse of power’ under Lithuanian law,” the Lithuanian Prosecutor General closed the investigation last month, feebly noting that SSD officials “had committed ‘disciplinary offenses’ by failing to notify top government officials of the operation,” but claiming that a statute of limitations on the investigation had run out.

While I was in Poland, however, I also had other reassuring news for the audiences at the screenings. The first was that, despite attempts by the Obama administration to suppress a judicial investigation in Spain into the conduct of six senior Bush administration lawyers responsible for providing the flawed legal advice that underpinned the torture program, the case, which started in March 2009, is still ongoing. The lawyers in question are David Addington, Jay S. Bybee, Douglas Feith, Alberto Gonzales, William J. Haynes II and John Yoo, and the Center for Constitutional Rights (along with the Berlin-based European Center for Constitutional and Human Rights) recently filed two briefs in Spain — not only in connection with the case against the lawyers, but also in another investigation into the torture program.

This second case was initiated by Judge Baltasar Garzón in April 2009, when he opened a preliminary investigation into what he termed “an authorized and systematic plan of torture and ill-treatment on persons deprived of their freedom without any charge and without the basic rights of any detainee, set out and required by applicable international conventions,” in US detention facilities, and CCR’s recent submission outlines the complicity in torture of Guantánamo’s former commander, Maj. Gen. Geoffrey Miller, who was in charge during the worst of the torture at the prison in 2002 and 2003, requesting that a subpoena be issued for Miller to testify before the judge who has taken over the case from Judge Garzón.

The second piece of good news was that, while I was in Poland, a court case began in Macedonia, in which Khaled El-Masri, a German citizen who was seized in Macedonia on New Year’s Eve 2003 and rendered to a secret CIA torture prison in Afghanistan for five months until the US government realized that he had been seized by mistake (because he had the same name as a man who allegedly provided support to the 9/11 hijackers), is suing the Macedonian government for 50,000 Euros ($70,000) in damages.

Although Clara Gutteridge, an investigator with Reprieve and the Open Society Justice Initiative, who testified on the first day of the hearings last week, complained that “the strategy of the Macedonian government in this case is not to address the evidence that has been presented to them, but [to] simply continue to deny, deny and deny,” the case is expected to last two years, and lawyers I have spoken to have suggested that it may meet with success, because the Macedonian government does not have an array of high-powered lawyers able to effectively block investigations.

It was, however, a third piece of news that particularly brightened up my last few days in Poland, when I was able to tell audiences that George W. Bush had just cancelled a proposed trip to Switzerland on February 12, because two former victims of his torture program — the al-Jazeera cameraman Sami El-Hajj (who was released from Guantánamo in May 2008) and Majid Khan, a “high-value detainee” who was moved to Guantánamo in September 2006, after years in secret CIA prisons — had filed criminal complaints against Bush for his involvement in their torture, prepared by the Center for Constitutional Rights and the European Center for Constitutional and Human Rights, with support from the International Federation for Human Rights (FIDH).

This was enormously significant, as Vince Warren, the Executive Director of CCR, explained in an article in the Huffington Post:

Swiss law requires the presence of an alleged torturer on Swiss soil before a preliminary investigation can be open. Because Bush canceled, the complaints could not be filed as the basis for legal jurisdiction no longer existed. However, the fact that Bush authorized torture remains … In the long run, ducking a charge of torture is not as easy as ducking a shoe thrown at a press conference.

Warren also announced that, on the day that the criminal charges were to be filed in Switzerland — which was also the 9th anniversary of the day in 2002 when the former President decided that “the Geneva Conventions did not apply to the conflict with al-Qaeda or to so-called ‘unlawful combatants’” — CCR publicly released the Preliminary Bush Torture Indictment, which “provides a strong factual and legal basis to hold Bush accountable — in any of the 147 countries which have ratified the [UN] Convention Against Torture (CAT) — for having authorized torture. In addition, the Indictment compiles more than 2,500 pages of publicly available supporting material, and has the support of two Nobel Peace Prize winners, more than 60 NGOs, and two former UN Special Rapporteurs on Torture and on the Independence of Judges and Lawyers.”

Warren concluded his article with a very pertinent question, asking why, when “the rest of the world gets much smaller for George W. Bush … is Eric Holder comfortable with allowing him safe haven here in the United States?”

The answer to that question is half-submerged in a miasma of fear, cowardice and political expediency on the part of the Obama administration, which is grim news for those, like myself, seeking the closure of Guantánamo and the thorough and necessary repudiation of the violent and arrogant face of America’s deluded sense of exceptionalism, which defined the Bush years. However, despite these profound disappointments, the fact that the torturer-in-chief has been made unwelcome in Europe — and, in theory, anywhere outside the US –  is heartening news indeed.