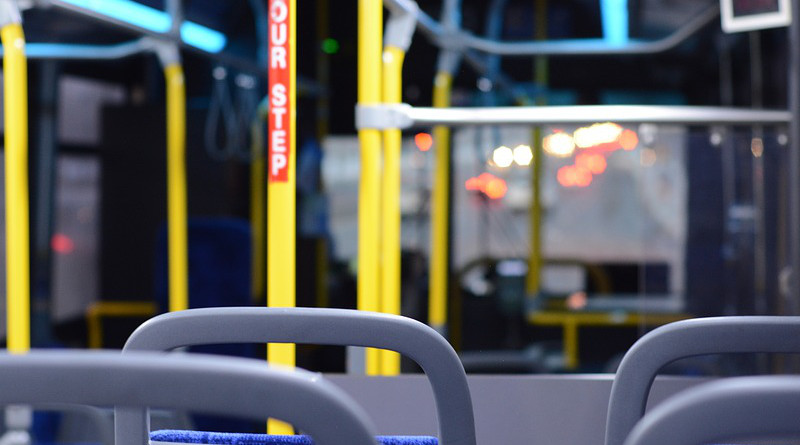 Should Americans follow China in a massive commitment to supposedly eco-friendly battery-electric buses (BEBs)?  California has mandated a “carbon-free” bus system by 2040 and will buy only battery or fuel cell-powered buses after 2029.  Other states and cities are following suit.

Vehicle decisions are typically based on cost and performance. Cost includes selling price plus maintenance, while performance now includes perceived environmental impacts – which for some is the only issue that matters. But that perception ignores some huge ecological (and human rights) issues.

China gets around the up-front cost problem by establishing national mandates, heavily subsidizing bus (and battery) manufacturers, and rewarding cities that replace entire bus fleets at one time. This ensures that their factories benefit from economies of scale – and that the transition will be swift and complete.

Beijing simply dodges the environmental costs by ignoring the fossil fuels, horrific pollution and human illnesses involved in mining, ore processing and manufacturing processes associated with building the buses. California and other “renewable” energy advocates do likewise. In fact, those costs will skyrocket as China, California and the world emphasize electric vehicle, wind, solar and battery technologies.

Meanwhile, the USA and EU nations focus on subsidizing passenger cars. Thus, there are far more zero-emission passenger cars on the road today in the U.S. and Europe than public transit vehicles. No wonder Westerners still view electric vehicles as subsidized luxuries for the “woke wealthy,” who boast about lowering their carbon footprint, despite also often needing fossil fuel electricity to charge batteries.

The huge costs for fast-charging stations across Europe, let alone the vast United States, pose more huge challenges for future expansion of the electric vehicle market. But transit vehicles, even school buses, run regular routes, and if the routes are short enough, the bus can be recharged overnight in the garages.

Tax credits, free HOV lane access, free charging stations and other subsidies for the rich are seen by most as terrible policies. Yet another, says University of California–Davis researcher Hanjiro Ambrose, is the Federal Transit Administration funding formulas that favor short-term cost-efficiency over long-term innovation. “Those funding mechanisms haven’t been aligned with trying to stimulate policy change,” Ambrose says. “The cheapest technology available isn’t usually the newest technology available.”

Green advocates admit the primary reason people choose EVs is their belief that electric cars and buses, even with electricity generated from fossil fuels, are good for the environment. The Union of Concerned Scientists claims BEBs are 2.5 times cleaner in terms of lifespan emissions than diesel buses. That is highly questionable. Moreover, BEBs with today’s strongest batteries can take a full load no more than 150 miles in good weather. That’s fine for airport shuttles, maybe even for short public transit routes.

However, electric battery life is shorter than the 12-year vehicle life that many transit and school bus systems rely upon in their budgets. Battery replacement for BEBs is very expensive and unpredictable.

And then there are the horror stories. Los Angeles Metro purchased BEBs from Chinese-owned BYD Ltd. but yanked the first five off the road within a few months. Agency staff called the buses “unsuitable,” poorly made, and unreliable for more than 100 miles. Albuquerque returned seven out of its 16 BYD buses, citing cracks, leaking fluid, axle problems and inability to hold charges.

French journalist Alon Levy reported that BEB sales teams in Vancouver admitted their buses could not run for an entire day without recharging during layovers. Worse, in Minneapolis, bus performance suffers tremendously in cold weather: at 20o F buses cannot last all day; on Super Bowl Sunday, at 5o F, a battery bus lasted only 40 minutes and traveled barely 16 miles. Imagine being in a BEB in a blizzard.

In largely rural Maine, lawmakers proposed converting all school buses to BEBs. But Maine Heritage Policy Center policy analyst Adam Crepeau found that BEBs can travel no more than 135 miles per charge (in good weather), while diesel buses go up to 400 miles and can be refilled quickly almost anywhere. “This,” he said, “will severely impact the ability of schools to use them for longer trips, for sporting events, field trips and other experiences for students.” Or in bitterly cold Maine winters.

The economic and practical bottom line is simple. Activists and sales teams are pressing American cities, school boards and other public entities to follow China and convert their fleets to BEBs, calling them “the wave of the future.” Even in California, where lengthy power outages have become routine, this climate and anti-fossil ideology dominates. Given the growing vulnerability of our electric grid, among other concerns, cost and performance may not be the only considerations in making such an irreversible choice.

The environmental and ethical bottom line is equally simple – but routinely gets shunted aside.

Those technologies, on those scales, would require mining at levels unprecedented in world history! And the environmental and human rights record we’ve seen for those high-tech metals is terrifying.

Lithium comes mostly from Tibet and the Argentina-Bolivia-Chile “lithium triangle,” where contaminated lands and waters are poisoning fish, livestock, wildlife and people. Most cobalt is mined in the Democratic Republic of Congo, where 40,000 children and their parents slave in open pits and dark, narrow tunnels – and get exposed constantly to filthy, toxic, radioactive mud, dust, water and air. Broken bones, suffocation, blood and respiratory diseases, birth defects, cancer and paralysis are commonplace.

Nearly all the world’s rare earth elements come from Inner Mongolia. Mining the ores involves pumping acid into the ground and processing them with more acids and chemicals. Black sludge from the operations is piped to a huge foul-smelling “lake” that is surrounded by formerly productive farmlands that are now so toxic that nothing can grow on them, and people and wildlife have just moved away. Here too, severe skin and respiratory diseases, cancers and other terrible illnesses have become commonplace.

In many of these cases, the mining and processing operations are run by Chinese companies, under minimal to nonexistent pollution control, workplace safety, fair wage, child labor or other basic standards that American, Canadian, Australian and European companies are expected to follow.

And this is just for today’s “renewable, sustainable, ethical, Earth-friendly, green” technologies. Just imagine what we are likely to see if China, California, New York, Europe and countless other places start mandating a fossil-fuel-free future – and then shut down nuclear power, to boot. Where will we get all the raw materials? Where will we put all the wind turbines, solar panels, batteries and transmission lines?

The prospect is horrifying. And it’s all justified by exaggerated fears of a climate apocalypse. Crazy!

*Duggan Flanakin is director of policy research for the Committee For A Constructive Tomorrow (CFACT).