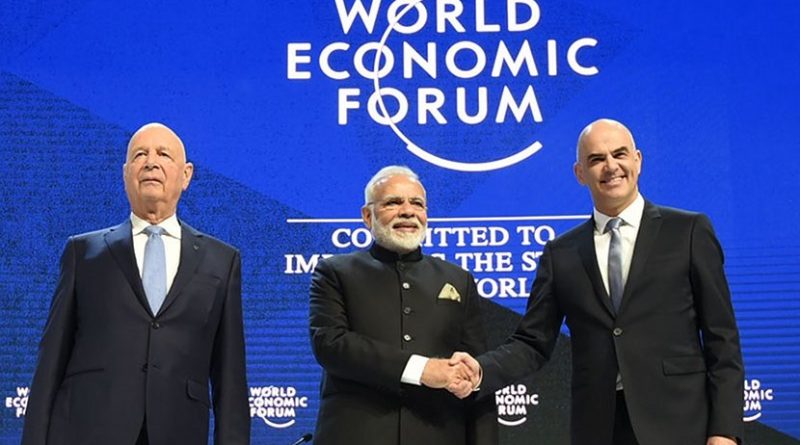 After having been the Prime Minister of India for around four years now and having introduced several path breaking measures to promote transparency in governance, eliminate corruption and initiating several measures to promote industrial and economic growth, Mr. Modi has to now only look forward and forge ahead.

Some of the strong measures he initiated such as demonetization, introduction of anti-benami law, bankruptcy law, elimination of shell companies certainly highlight the quality of commitment and strength of purpose of Mr. Modi. He has taken these measures, some of which have not won many friends for him, that are purely motivated by his desire to strengthen the fibre and fabric of India.

While many people do appreciate and understand the spirit of such decisions, several pledged critics have been extremely severe in attributing motives to Mr. Modi and questioning his sense of purpose.

However, unlike in the case of some of the earlier Prime Ministers from a particular family, future historians will applaud his personal honesty, courage of conviction and foresighted outlook. History will certainly prove many of his policies to be correct, though some people at present may not be able to appreciate as they are now too near the events and see only the inevitable hiccups that happen when fundamental policy measures to ensure appropriate changes in attitude, procedures and approach to solve issues are being introduced.

Of course, some elements in Mr. Modi’s party itself have been making obnoxious and unintelligent remarks from time to time and even admirers of Mr. Modi think that he should have disciplined them in more effective way.

The recent defeat of the BJP candidates in the by elections in UP and Bihar should have certainly rattled the BJP leadership. It is only hoped that advisors and supporters of Mr. Modi would see the happenings and developments in proper perspectives and would not develop any sense of panic, that would prompt them to think that changes in the policies and priorities of Modi government are required, in the wake of the by election results.

While several significant initiatives have been taken by Mr. Modi such as clean India campaign , construction of millions of toilets for poor people, free LPG scheme for poor households, opening of zero balance bank account to millions of poor people, the biggest expectation of people from Mr. Modi is that he should root out corruption in India from one end to the other at all levels.

In the coming one more year before national election, Mr. Modi should take very strong steps to meet the expectations of the poor and downtrodden people who form the large share of the vote bank , by ensuring corruption free India to a large extent, so that the common men would get relief from the corrupt employees in the government machinery, corrupt politicians in power whichever party they belong to, apart from middle men and business people who have spread themselves in every area like educational institutions, hospitals and even in religious places.

Several steps initiated to combat corruption like GST, anti-benami law etc. are all long term measures which many people do not fully understand and section of the media and opposition parties misguide the common men by motivated propaganda, which may have caused some votes for Mr. Modi’s party in the recent by elections.

People in the lower income group and those marginally above the poverty line are the people worst affected by the prevailing corruption in government machinery. They feel that corrupt policemen, doctors and others in the government run hospitals, in the government owned educational institutions, civil supplies departments etc. are harassing them and making their life miserable. Many posts in several state governments are now suspected to be for sale and common men feel frustrated, as they do not get jobs in the government in most cases without greasing palms.

People want to see the corrupt persons punished just like pesticides kill the pests in agricultural farms. This should happen not only at top level of the administration but also at the lower level, so that the common men will feel the positive impact in quick time.

Since BJP is in power in several states, it should be possible for Mr. Modi to take stringent measures not only to eliminate corruption and punish corrupt people but it should also appear to happen in the eyes of the common men.

If Mr. Modi would be successful in making the people living in the conditions of below poverty line and marginally above poverty line appreciate that corruption is being fought and they would get relief from the corrupt people , Mr. Modi will win the 2019 elections hands down and country will take care of him.

Home » Modi Should Worry About Country And Not 2019 Elections – OpEd