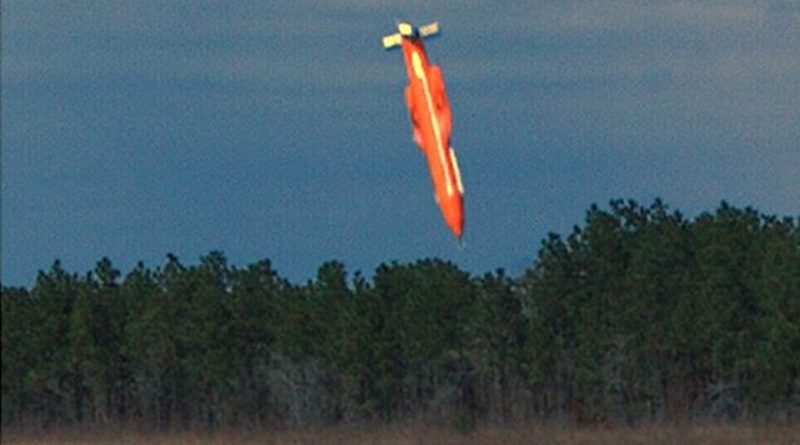 Having almost never mentioned Afghanistan during his United States presidential campaign as well as over the first three months of his presidency, on 13 April US President Trump shocked the world by authorizing the use of the US military’s largest non-nuclear bomb, the GBU-43/B, in eastern Nangarhar claiming to be bringing the fight to Daesh. Though it can be argued that any and all means to combat Daesh in Afghanistan are welcome, this recent action by the US hardly stands up to scrutiny.

Upon further examination, the efficacy and long term strategy employed by the dropping of the GBU-43/B indicate limited results, at best. Thus far, military officials have confirmed the death of around three dozen Daesh militants as a result of the blast. Given that the per unit cost of the bomb is roughly $16 million, the cost effectiveness of utilizing this weapon is roughly $500 thousand for each militant casualty.

Approximately two hours earlier, the Afghan Ministry of Defense reported a similar number of militants killed in Achin District, the same locale in which the GBU-43/B was dropped. Though the US military may claim that the bomb provided structural damage to the Daesh holdout, justifying this cost becomes very difficult to do when realizing the military forces which were already engaged had accomplished nearly same results.

Media outlets continue to utilize the phrase “in the loop” when describing the position of the Afghan National Unity Government (NUG), thus indicating at minimum a tacit support or ineffective objection. All of this begs the question as to what then were the desired results of Washington and Kabul, assuming the US President has included this case within a larger strategy concerning Afghanistan. Given the limited physical effects, the ramifications will primarily be of a political nature.

Most likely, Kabul and Washington desired to show force not only to other rogue regimes as many analysts quickly assume, but rather to Russia as well as Pakistan. Less than two weeks ago, a high level Russian military delegation traversed the border regions with its Pakistani counterparts under the auspices of greater cooperation and Russian involvement in the region. In December 2016, Russia hosted the first in a series of its recent meetings on Daesh in Afghanistan. Kabul was not included in the first, attended the second, and was present at the meeting yesterday. With the dropping of the GBU-43/B occurring less than twenty-four hours prior, the US-Afghanistan alliance was clearly desired to be the primary topic of conversation.

This may have been the allegiance’s desired result, although it must not be forgotten that the US president suffers from a rather fragile ego. His summit meeting with the Chinese presidentwas immediately overshadowed by chemical attacks in Syria where Russia is highly involved, most likely disturbing a great deal of their predetermined meetings. Though extremely costly, at minimum it may be an attempt by Washington to ruffle the feathers of President Putin.

All of this points to a strangely enacted political reaffirmation of US involvement in Afghanistan and Kabul’s willingness remains unobjectionable. This first postulate supposes that the US bombing in Nangarhar was initiated by Washington. Conversely, it may be possible that the bombing occurred at the behest of Kabul.

Had Kabul been an active initiator of the bombing, in all likelihood this was intended to be a show of force regarding the NUG. Currently, the NUG of President Ghani and Chief Executive Abdullah is believed to control less than sixty-percent of the country. Having not been included in the first round of Moscow discussions in December and only invited belatedly to the second, Kabul may have been attempting to up its stature at the third Moscow meeting of regional actors

concerning Daesh in Afghanistan on 14 April. Regardless of who initiated the strike, Kabul will be utilizing this to reenforce the NUG control of the country and its ability to project and/or limit power within its territory. Sovereignty was an enormous concern of Ghani’s predecessor, former Afghan President Kharzai. Expectedly, he has recently taken to the airwaves to raise this issue once again.

The time is now ripe for Kabul to truly begin leading security within Afghanistan’s borders and the activities of the last seventy-two hours should reaffirm this. Clearly, means of extreme power projection are willing to be employed within Afghanistan’s borders. Though this type of power may be ineffective in tangible results, it must be utilized to its fullest extent politically. Kabul should take credit for this strike and emphasize its ability to utilize all means available to secure the country, eliminate non-state militant groups (including the Taliban), and commit to real development of fragile areas.

As America’s role in the region remains questionable and Russian involvement continues to escalate, Kabul must find a common thread between the two in order to utilize the majority of the benefits offered by each. India should be seen as a preferred go between and primary supporter in a restructured coalition. As personalities and economies continue to drive Washington and Moscow, Indian Prime Minister Narendra Modi should be utilized to the fullest in this endeavor.

Delhi has numerous long-term strategic investments in Afghanistan, and shares a uniquely positive relationship with Washington and Moscow alike. Having had a close recent history with the Russian Federation, and its predecessor the Soviet Union, Delhi should leverage this position to advance security and development within Afghanistan in a supporting role to the NUG government in Kabul.

To do so would allow Kabul numerous benefits. Kabul currently lacks a partner with a vested interest in the region. Upon dismantling the Taliban and Al Qaeda in the early years of the American occupation, America has struggled to substantively commit to real nation building. Its only concern has pertained to eliminating terrorist strongholds and minimally ensuring Afghanistan’s ability to do so. Delhi has a vested interest in the area which could serve both Afghanistan and India for generations to come. As allegations of Pakistani state actions to undermine the NUG in Kabul continue to surface, a closer relationship with the Indian security apparatus may ensure a more unified effort to accomplish Kabul’s real goals within Afghanistan. Export opportunities to India may also be more readily realized thus bringing Iran more honestly into the Afghan fold.

A greater security presence by Delhi in Afghanistan would also serve the interests of the Russia as well as the United States. While strong in its capacity potential, India would be viewed by the greater Islamic community of nations as a lesser evil when compared to the present situation led by the US. Though certainly not ideal, this would provide less rhetorical fuel to the engine which propels Daesh’s worldwide following. This most readily serves Moscow’s vocalized goal of neutralizing Daesh in Central Asia.

By allowing Delhi a larger security capacity in Afghanistan, Washington would also be relieved of many of its concerns as its sixteen year presence in the country continues to tax American public opinion. This would also satisfy President Trump’s campaign promises to focus on “America first.”

Both the United States and Russia would have a means to support and communicate with one another regarding Afghan security objectives via Delhi while also reducing the prospects of direct confrontation with one another, as is the current concern in Syria.

This proposed shift to an Indian led security presence in Afghanistan, subordinate to Kabul’s supreme leadership, would most of all serve Delhi’s regional interests. Concerning threats of asymmetrical terrorism emanating from the region, Delhi would be in a prime position to secure its neighborhood from Pakistani coordinated militant groups existing beyond Pakistan’s borders. To do so would thus contain threats to India posed by the Pakistani state. It would also provide Delhi with the means to effectively trade with Afghanistan and other central asian states, providing the energy resources India’s economy so desperately needs. Infrastructure lines may then begin fully operating not just between Chabahar and Zaranj, but from there to Ashgabat, Tashkent, and Dushanbe.

All of this supposes a lack of Pakistani opposition. Obviously, this would hardly be the case, however such an opposition should not be prohibitive to India’s accession in Afghanistan. The key regional player most closely aligned to Pakistani interests is China. Islamabad for all intents and purposes has drifted from Washington’s favor and most readily curries that of Beijing. All the while China promotes its CPEC initiatives in Pakistan and projects in Afghanistan’s east, Delhi, Washington, and Moscow are pushed beyond the growing sphere of Chinese influence. Regardless of Pakistani opposition, every actor involved should understand this proposed shift as a balance of Chinese power.

Kabul has grown weary of its American benefactor. As former President Kharzai condemned US involvement in the later years of his administration, President Ghani is now in a position to restructure its reliance on the tired American public (and the thus far volatile leader in Washington). A closer move toward Delhi, with the support of Moscow and Washington, should be welcomed. Should Prime Minister Modi seek to lead India toward greater involvement in Afghanistan, the results would certainly move beyond the Afghan devolution of the recent past. With the proper capacity and direction from Kabul, it could do much to develop the entire region.

*The author is a political analyst from the University of Chicago. He can be reached at e-mail [email protected]

One thought on “Afghanistan: US Drops ‘Mother Of All Bombs’ Potentially Changing Kabul’s Regional Role – Analysis”