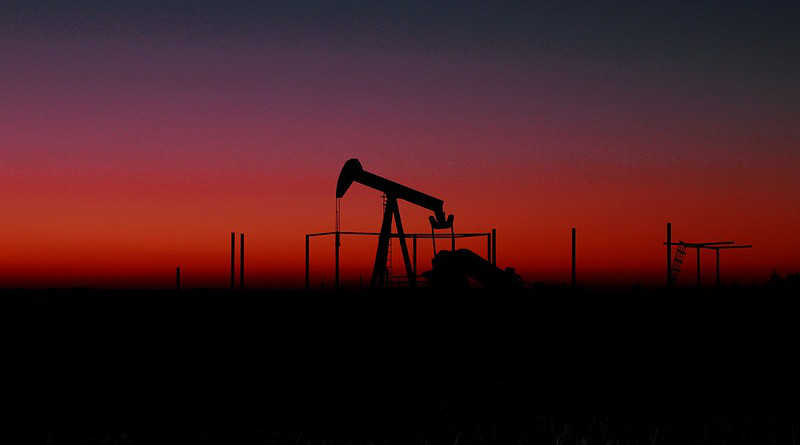 Global oil prices ended the week on a high after further big commitments to rebalancing crude markets in the face of the pandemic-driven fall in demand.

West Texas International (WTI), the US standard, jumped 4.4 percent to just short of $30, easing fears of another plunge into negative territory when the contract for June delivery expires next week.

The sustained recovery in oil prices comes after a week in which producers committed to even bigger cuts than the record 9.7 million barrels per day (bpd) reduction agreed in the revived OPEC+ agreement between producers led by Saudi Arabia and Russia.

The Kingdom pledged an extra 1 million bpd of voluntary cuts last week, followed by smaller reductions from Kuwait and the UAE.

Oman, a relatively small player in the Gulf oil market, weighed in with its own cuts yesterday, pledging to reduce output by up to 15,000 bpd from June.

The International Energy Agency (IEA) calculated that oil supply would fall to a nine-year low this month, down 12 million bpd to around 88 million barrels.

“It is on the supply side where market forces have demonstrated their power and shown that the pain of lower prices affects all producers,” the IEA said.

Saudi Arabia’s cut of more than 4 million bpd is the largest component of that reduction, followed by Russia. The US is going through its own more gradual reduction as high-cost shale operations are scaled back and some producers file for bankruptcy.

Oil demand is a more uncertain element in the equation. Some analysts said that demand of as much as 30 million bpd, about a third of the world’s consumption, was lost at the height of lockdowns last month.

The IEA said that the fall in demand over the year — though the most severe the energy industry has ever suffered — might be less than initially expected. It calculated that total demand would be 91.2 million barrels this year, down from 100 million last year.

Some experts believe the recovery could be faster than predicted. Roger Diwan, vice president of financial services at US energy consultancy IHS Markit, said that by the second half of next year demand could be almost completely made up.

“It may be hard to comprehend now. But barring a second wave of the pandemic, nearly all pre-COVID demand could return by the second half of 2021. If that transpires, it could even lead to a market squeeze in the medium term as supply destruction hinders the ability of supply to keep up with recovering demand.

“But make no mistake, the road to oil price recovery will likely be choppy and plagued with stop-and-go rallies and selling cycles until some level of certainty is restored,” he added.

Saudi Arabia, as a global “swing producer,” will gain from any upturn. The Kingdom’s energy ministry last week announced the discovery of two new oil fields, with more details to be released once geological surveys are complete.

Home » Oil Prices On The Rise As Cuts Kick In – Analysis