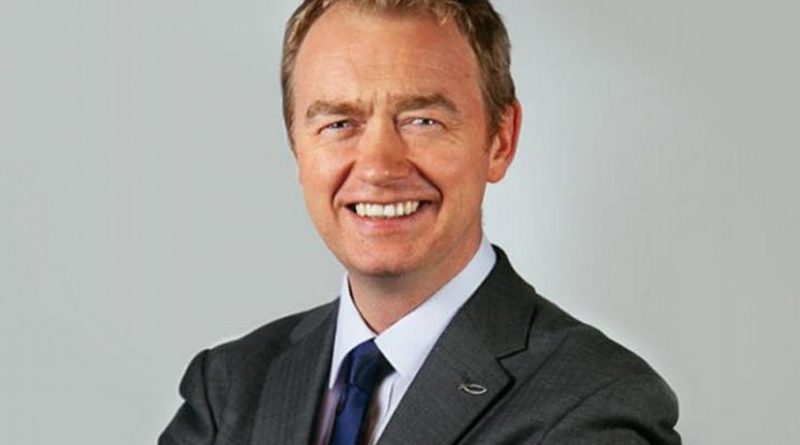 (EurActiv) — The leader of Britain’s most pro-EU party, the Liberal Democrats, resigned last night (14 June), saying it was “impossible” to be both a committed Christian and a frontline politician in 2017.

Tim Farron had led the LibDems since 2015, and saw a small increase in the party’s number of MPs at last week’s election, from nine to 12.

However, the seven week campaign saw Farron repeatedly quizzed about his views on abortion, and gay sex – largely drowning out the party’s unique selling point of a second referendum on the terms of any EU exit deal.

Last night Farron was backed by the Archbishop of Canterbury – the most senior figure in the Church of England – who warned: “If [Farron] can’t be in politics media & politicians have questions.”

Farron recorded a short video statement, in front of fellow Lib Dem MPs, where he said “remaining faithful to Christ” was incompatible with leading the party.

Earlier in the day, a senior LibDem who was also gay, Brian Paddick, stepped down from the party over his leader’s stance, whilst the Guardian cited unnamed Labour MPs as saying Farron’s beliefs “had been a gift” on the doorstep during the election.

“I seem to have been the object of suspicion, because of what I believe, and whom my faith is in.
“In which case, we are kidding ourselves if we think yet live in a tolerant, liberal socity.”

He added that “remining faithful to Christ” was imcompatible with being party leader..

“From the very first day of my leadership, I have faced questions about my Christian faith. I’ve tried to answer with grace and patience. Sometimes my answers could have been wiser.

“The consequences of the focus on my faith is that I have found myself torn between living as a faithful Christian and serving as a political leader,” he said in a televised statement.

“To be a political leader – especially of a progressive, liberal party in 2017 – and to live as a committed Christian, to hold faithfully to the Bible’s teaching, has felt impossible for me.”

Farron said he would serve as leader until the summer recess, and then trigger a leadership election.

During the campaign, Farron complained he may not have faced such scrutiny if he had been a Muslim, Jewish or of another faith.

With the ruling minority Conservative Party about to go into a governing alliance with the fundamentalist Protestants of the Democratic Unionist Party, ahead of Brexit talks scheduled for next week, it is clearly not the case that being a politician and being a Christian are incompatible per se.

There are Christians in all the UK political parties. The problem may have been more particular – with the LibDems keen to be the vanguard of social liberalism, Farron’s equivocal positions on gay marriage and abortion proved an electoral liaibility for the UK’s fourth party by size (the Scottish National Party is larger, but only stands in Scotland.)

The frontrunners to replace Farron are London MP Vince Cable, a former minister in the 2010-2015 Conservative/LibDem coalition, and Jo Swinson, who represents a Scottish constituency.

Farron became a born-again Christian at the age of 18, calling it “the most massive choice I have ever made”.