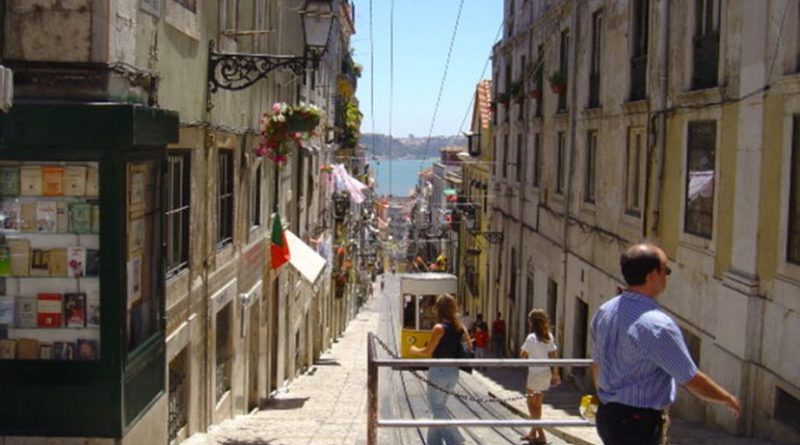 The eurozone crisis was highlighted by five countries: Portugal, Ireland, Italy, Spain, and Greece. These peripheral nations were deemed to be the culprits behind the eurozone crisis due to their overspending. Namely, they had caused excessive deficits, coupled with large debt levels. They were dubbed by the media as the “PIIGS”

However, putting all five of these countries in the same basket obscures the real culprits behind the eurozone crisis. There was group 1, Ireland and Spain, which were countries without major fiscal irresponsibility issues, however, whose debt levels ballooned as a result of bailouts and the crisis. On the other hand, there was group 2, Italy, Portugal, and Greece. These countries have had big government spending policies dating back to the 1960s and as such could not have been expected to shift around due to EU restrictions on deficit and debt levels, when the political sentiment in the countries was not in favor of free markets. Putting all five countries in the same basket obscures the question of who really had irresponsible fiscal policies.

Portugal suffered from a burdening welfare state, coupled with an economy that was based on government intervention. In 1962, the Social Welfare Reform was undertaken, creating a unified social welfare scheme. This reform exacerbated social spending, which reached 4% of GDP in 1969. At the time this seemed a non-negligible increase, however, the increase was even greater from 1969 to 1974. The increase during this five-year period was mainly due to additional coverage being provided to hitherto unprotected groups, as well as providing benefits such as pension and family allowance. As a result of all of these new people that were taken under the government’s umbrella, between 1971 and 1974 social expenditures rose at a rate of around 36% per year. Around 64% of this increase represented a rise in spending on pensions. Even with all of these new trends and the overall expansion, prior to the 1974 revolution, social expenditures as a percentage of GDP in Portugal never exceeded 6%. However, things began to change following the fall of the Estado Novo regime. Social expenditures surpassed 10% in the decade of the 1980s and by 1995 it was at around 15%. It finally climbed above 20% after the new millennium.

The rise in social expenditures is not to indicate that times before the revolution were better. Portugal’s dictator António de Oliveira Salazar was a fascist dictator who ruled the country for decades with an authoritarian regime. Salazar’s Estado Novo regime was based on a corporatist economic system which intended to replace individual competition by collaboration of the most important social groups of the production process. With the fall of Estado Novo in 1974, the revolutionaries were faced with a myriad of state-directed companies, ruled by close friends of the dictator and the business elite. However, instead of opening up the economy and allowing firms from abroad to enter the market and dismantle inefficiencies in the market place, the revolutionaries nationalized companies in key industries. In addition, in the 1976 constitution, the preamble affirmed the need to open a path toward a socialist society. Laws were passed which made firing full-time employees arduous, people were given “rights” to work, housing, education, culture, health and a myriad of other things. These “rights” usually translate into higher spending and taxes. Before the revolution, Portugal spent 20% of GDP on basic necessities such as military expenditures and the judiciary, however that number increased to 46% after the revolution. In addition, Portugal has achieved a fiscal deficit every single year since the revolution of 1974.

These uncompetitive policies left an economic impact on Portugal, whose GDP per capita was 66% of the European average in the years after the revolution of 1974, however, this number soon fell to 60% in 2000. Changes to the constitution were made during the 1980s to foster privatization and its accession in the EU also brought welcoming changes, however, its economy was fundamentally flawed as it was a huge welfare state built on shaky, government-sponsored ground.

Ireland is perhaps the most liberal economy of all of the peripheral countries and among the freest overall in the EU. Because of this, it is at first difficult to see why it is in the same category as the other four countries, whose economies were not as liberal. Ireland’s economy was, to an extent, too competitive. It had the lowest corporate tax rate in the eurozone at the time at 12.5%, which attracted many banks to come to the island. In addition, these banks had access to cheap credit due to the low interest rates as well as the implicit backing of the euro by the political community. This essentially meant that banks could lend great amounts, knowing that the government will bail them out. Therefore, it is quite difficult to talk of Ireland in the same light as with all other countries. Although Ireland surely must have had certain policies that were not ideal in a laissez-faire economy, but the overall economy was resting on a fairly sound basis. Namely, there was government intervention in the housing sector through various tax breaks which fueled the property bubble. By giving out tax breaks for only one certain good, this distorts the market by making other investments, which would have been more profitable otherwise, look more expensive. However, even this, is miniscule as tax breaks for housing exist almost everywhere.

The euro played a huge part in the Irish bubble. The yearly growth in the money supply jumped, from a negative 6.7% in 2003 to 22% in 2006. Its main policy rate was around 13% before the introduction of the euro in the late 1990s, whereas the main refinancing rate of the ECB was as low as 2% in 2003. The growth of Irish banking assets jumped from 7.4% in 2002 to 31% in 2005. Total gross government debt as a percentage of GDP was 38.7% at the start of the millennium, steadily reducing to a low of 27.7% in 2007. Therefore, it is evident that government fiscal policy was not the issue here, it only became an issue after the crash. Total gross government debt as a percentage of GDP almost doubled in 2008 to 47.5% and by the end of the decade it was 83.5%. Total gross government debt only rose when Ireland decided to bail out its banking system.

As evident, the label “PIIGS” obscures the whole picture of the culprits behind the eurozone crisis. Furthermore, the macroeconomic dichotomy between Portugal and Ireland (and many other eurozone countries) brings into question the entire design of the euro. Without the euro, the problems of Portugal would have been restricted to Portugal — the same with Greece and Italy. A case could potentially be made for a common currency area with countries of similar development levels and history, however, to combine a country that rests on big government spending with one that rests on laissez-faire is shere suicide. It creates a situation where the central bank appeases to lesser-developed countries and allows their irresponsible behavior to be borne by those that were following the rules.

*About the author: Luka Nikolic is a Master’s student at the University of Ljubljana and his interests are politics, history and finance. He was born in 1995 in Subotica, Serbia and is looking to pursue a career in investment banking.

Home » Not All PIIGS Are Created Equal: A Comparison Of Portugal And Ireland – Analysis

One thought on “Not All PIIGS Are Created Equal: A Comparison Of Portugal And Ireland – Analysis”

To blunt Pakistan’s sponsored proxy war in J&K, intelligence agencies have been keeping very close tabs on terrorist groups and