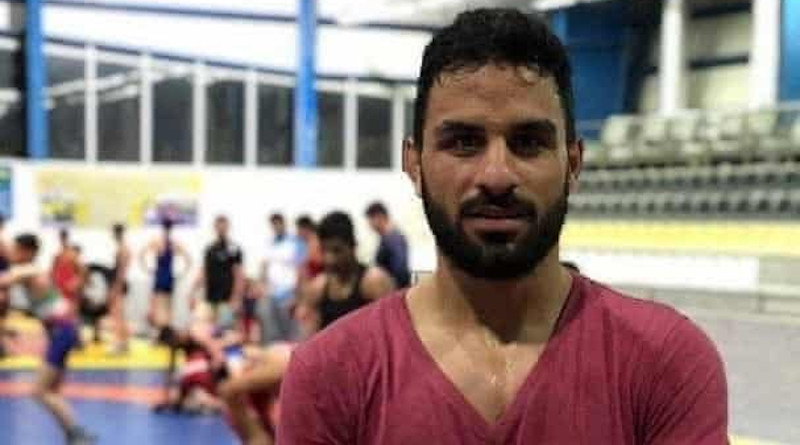 Navid Afkari, a 27-year old political prisoner who took part in protests back in August 2018, was executed early Saturday morning, despite a global campaign calling on Iran to revoke his death sentence. Navid sent many messages from prison saying he was tortured into confessing to crimes he did not commit. However, Iran executes political prisoner Navid Afkari  despite an international outcry.

Navid’s lawyer, Hassan Younesi said that his parents were not allowed a last visit with their son.

“You were in such a hurry to execute him that you deprived Navid of his last visit?” he tweeted addressing the regime.

Finally the authorities handed over the Navid’s corp to his family but upon the condition of not having any ceremony for him.

On Sep. 12, Navid’s family was harassed by intelligence ministry agents when the body was handed over. Navid was buried Saturday night and only his mother, father, sister, and two brothers were allowed to attend.

Authorities had imposed severe restrictions on the family for Navid’s burial, including a strict ban on any ceremonies. No family was allowed to have a mobile phone at the burial. The grave was prepared beforehand and the burial was carried out swiftly to prevent any gathering at the scene. Dozens of security and intelligence agents were present during the burial to prevent any possible gathering that may spark anti-regime protests.

Iranians in exile protesting today’s execution of Navid Afkari by the despotic regime ruling Iran and the direct order of the supreme leader Khamenei. They said All negotiations with appeasement vis-a-vis the mullahs must come to an immediate end. It is high time for the world to end its appeasement and stand alongside the Iranian people.

They announce in their statement that The UN’s silence over crimes against humanity such as the 1988 Massacre has allowed Iran’s authorities to act with impunity. “Today they hanged wrestling champion Navid Afkari for taking part in Iran Protests. How many more protesters will be executed before the world speaks out?” They added one of the demonstrators said: “Navid Akari will never be forgotten. They killed his body, but his soul and spirit live in each and every human being across this globe that yearns and strives for freedom. They can’t kill us all. History has proven that all dictators fall eventually “.

Last week, Navid and his two brothers, Habib and Vahid were transferred to a high-security prison section in Shiraz’s Adel Abad Prison and were cut off from the world. The Afkari brothers were taken to the “Guidance” Section, notorious for its horrid conditions, lack of minimum facilities, and reports of suicides, rapes, and murders.

Navid Afkari was sentenced to two executions, prison, and lashes while two of his brothers were sentenced to overall 81 years of prison and lashes for their participation in nationwide protests in August 2018.

Navid’s letters and voice messages from prison, stressing that he was tortured to make false confessions, led to a global campaign for the termination of his death sentence. In a short message Navid sent a message:” I only protested. They pulled a plastic bag over my head, beat my hands, stomach, and feet. I nearly suffocated. They tied me, poured alcohol in my nose. I volunteered to donate my organs after my death. I’m a wrestling champion.