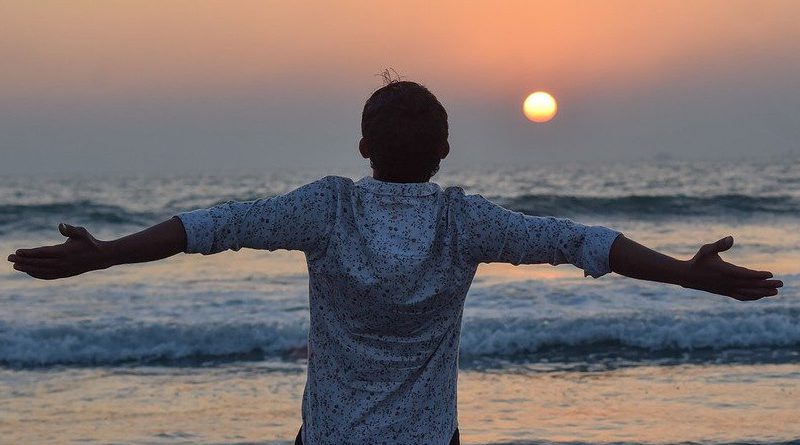 In terms of political views, Dr Hashmi and I have more in common than in contrast. The present context also is not an exception containing both clashes and perhaps more common grounds. It is, however, the point of disagreement that has prompted me to do this short piece in response to his political plan as it appeared in a major Bangladesh daily.

I wish his agenda were more practical and utilitarian than improbable and utopian. The word ‘Utopia’ means ‘Nowhere.’ It envisions such a perfect place/state of just administration, ideal government, honesty, equality, tolerance, peace, harmony, equilibrium, acceptance, accommodation, accountability, transparency and understanding that it exists and can exist nowhere.

Dr Hashmi, an author and a retired professor of history and security studies, who taught in Bangladesh, Singapore, USA, and Canada, wishes to have such a utopian society. Taking equally to task both the Bangladesh Awami League (BAL) and the Bangladesh Nationalist Party (BNP), both of which have governed the country by turns, the former by dictatorial force and persecution and the latter by popular vote and fairly peaceful and democratic means, Dr Hashmi wants to float a political platform which, in his daydream, would stand and steer clear of corruption, nepotism, favoritism, and opportunism of which he controversially accuses both of those alternately ruling parties. In one case (Awami League), however, his accusation is absolutely undeniable; it’s as factual as the common daylight inviting no discord or dispute.

In the case of the BNP, his accusation is utterly short of being true and highly deficient in factual data. The extent of the BNP’s wrongdoings, nothing compared with the countless Awami ills and evils and excesses and misdeeds, is highly debatable. Dr Hashmi proposes a political platform to consist of those who are between thirty and fifty years of age and who would be one hundred percent honest, patriotic, competent, and qualified. The paperclip says, “আওয়ামী লীগ ও বিএনপির কড়া সমালোচনা করে বলেছেন, দুটি দলই সুবিধাবাদী, দুর্নীতিপরায়ণ। … তার আকাঙ্ক্ষা, ৩০ থেকে ৫০ বছর বয়সী দেশপ্রেমিক শতভাগ সৎ ও যোগ্য বাংলাদেশিরা গণমুক্তি আন্দোলন ও গণমুক্তি দলের নেতৃত্ব গ্রহণ করবেন। (mzamin.com/article.php?mzamin=246739&cat=1/কানাডায়-‘বাংলাদেশ-গণমুক্তি-আন্দোলন’).

While I congratulate Dr Hashmi for launching such an enterprising venture in a spirit of high morality and patriotism, I think it is actually going to be not only an impossibly utopian outfit but also a self-defeating and self-destructive entity, if it is anything at all. Unless it is divinely anointed and prophetically blessed, his noble effort to launch a completely clean and conscientious party is sure to be nipped in the bud, ripped from the rear and fractious from the front. It is never going to fly in this sub-lunar terrestrial global village of mortal humans characterized by both good and bad, especially the latter, which exists in humongous faults and foibles and slips and misses.

While Dr Hashmi as a free individual holds every right to express his personal opinion, he aims at creating a hundred percent perfect platform, which is humanly impossible. Angels would not descend to throng this world to form a political party of their own or take a political side between the BNP and the BAL or in between to demonstrate their total neutrality; so an effort to form an angelically pure and error-free party of humans, fundamentally erring as they are, cannot hold its ground. That’s not only too naive to believe and even more so to strive for, but also sure to be a boomerang stagnating in inertia and doldrums.

Human affairs have to be run by humans, who can only try to improve and get better, evolve upwards, not revolve backwards.  Aiming at too much perfection is only suicidal, a denial of the beauty of God-given or natural reality and can only lead to more and more imperfection than the pre-existing imperfection. No amount of nurture, training or cultivation can change the basic human nature for the better; in fact, it even makes it worse. Look through the history of civilization up to Modi, Hasina, Trump, radical right-wing supremacists, racists, and fanatics all over the world.

In the name of so-called neutrality, fairness or idealism, one shouldn’t be blanket blind in criticizing the BNP at the same time as one does the BAL, a lover of fanatical, fundamentalist, communal and Muslim killer India. To equate the democratic BNP (and its realistically conceivable and almost negligible missteps and miscalculations) with the fascist Awami League is to legitimize the latter’s millions of horrible and horrendous blunders and brutalities (and still counting on a daily basis)–all destructive, demonizing, rapacious, dictatorial, tyrannical and totalitarian. Again, a sensible man shouldn’t witch-hunt about the fairly peaceful, clean, patriotic and democratic BNP, which would only legitimize the Awamees’ both ‘topless’ and ‘bottomless’ box of weird and awful witches and witches only that abound the whole country today. One should weed out the garden on a priority basis; one needs to extinguish the fire first before one looks for the hidden cause or source, which can be done a little later, after the burning flames get under control.

One cannot ride two boats together or can avoid riding both at the same time; that would only hasten getting drowned before one manages to reach the shore. If we want to be perfect, let’s only tick-tick like the hands of a clock and not talk politics, political reality and political expediency. Since we aren’t as pure and perfect as angels and prophets anyway, we shouldn’t talk about political miscarriages or we can only talk about them constructively.

To talk about the devil incarnate is one thing but to talk about the occasional political mistakes and misfires is completely another thing. Let’s get rid of the Awami devil and its devious and deviant acts first. The country is totally ripped and in rags under the chronic Awami corruption, misrule, misconduct and mismanagement. Let’s get the country fixed and back on track first and let’s get it back to normal before there can be any small repair work here and there. Still, to conclude, it’s no harm for Dr Hashmi to aim and think high, no matter how impractical, unrealistic and implausible it may be.

*In addition to numerous other publications on literature and culture, Q M Jalal Khan is author of Bangladesh: Political and Literary Reflections on a Divided Country (Peter Lang, 2018) and Bangladesh Divided: Political and Literary Reflections on a Corrupt Police and Prison State (Peter Lang, 2019). After disengaging from many years of full-time teaching abroad, American-educated Dr Khan is currently on the adjunct faculty at an institution of higher learning in North America. His recent work, “Sheikh Hasina’s Brutal BNP-Phobia and Her Scandalous “Midnight” Power Grab Through Vampire Vote Dacoity and Villainous “S/Election” Rigging With an All-Time High Record of Humongous White-Collar Corruption” has appeared in Sabria Chowdhury Balland (ed), Bangladesh: A Suffering People Under State Terrorism (Peter Lang, 2020).