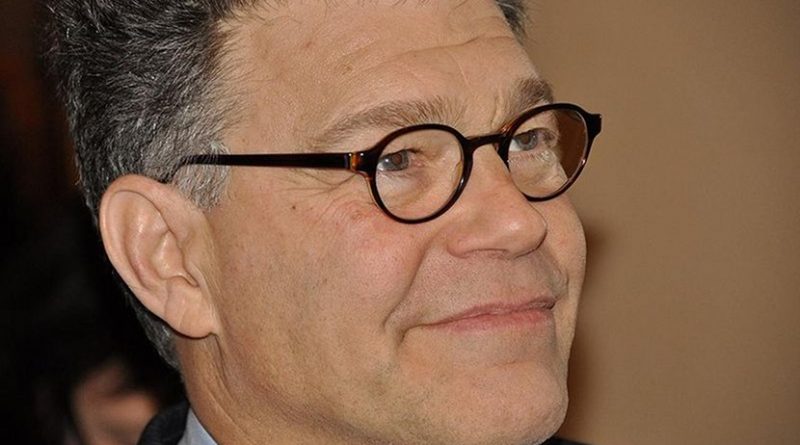 Democratic U.S. Senator Al Franken of Minnesota apologized to a Los Angeles newscaster Thursday after she said that he had groped her while they were on a 2006 goodwill trip to entertain American troops stationed in the Middle East.

Leeann Tweeden, formerly a TV host, sports broadcaster and Playboy model, said that Franken, after he was a comic on the Saturday Night Live show before running for elected office, “kissed and groped me without my consent, and there’s nothing funny about it.”

Tweeden, now a newscaster for a radio station, said that while she and Franken were practicing a skit to entertain troops that called for him to kiss her, he “aggressively stuck his tongue in my mouth.”

In an article posted on the KABC station’s website, Tweeden said, “I walked away. All I could think about was getting to a bathroom as fast as possible to rinse the taste of him out of my mouth. I felt disgusted and violated.”

At the end of the trip, as the U.S. entourage was flying back to the United States, Tweeden said she fell asleep, only later to discover a photo of a smiling Franken grabbing her breasts.

“I couldn’t believe it. He groped me, without my consent, while I was asleep,” she said. “I felt violated all over again. Embarrassed. Belittled. Humiliated. How dare anyone grab my breasts like this and think it’s funny?”

In a statement, Franken said, “I certainly don’t remember the rehearsal for the skit in the same way, but I send my sincerest apologies to Leeann. As to the photo, it was clearly intended to be funny but wasn’t. I shouldn’t have done it.”

Senator Mitch McConnell, leader of the majority Republicans in the Senate, called for an Ethics Committee review of Franken’s actions 11 years ago, two years before he was elected to the Senate.

“Regardless of party, harassment and assault are completely unacceptable — in the workplace or anywhere else,” McConnell said.

The Franken incident surfaced as Congresswoman Jackie Speier of California, a Democrat, said this week that she knows of two members of Congress, a Democrat and a Republican, who have engaged in sexual harassment.

A Republican congresswoman, Barbara Comstock of Virginia, said she recently learned of an incident in which a female staffer delivered work papers to the home of a current congressman, who greeted her covered only by a towel and then exposed himself. Comstock said the woman soon quit her job.

Some Republican and Democratic lawmakers are advancing legislation that would require the entire Congress and staff members to take anti-sexual harassment training.

In recent weeks, women across the U.S., and some men, have publicly disclosed they have over decades been victims of sexual harassment, most often at the hands of powerful people in their workplace who had control over their career advancement.

The barrage of complaints ensued after more than 50 women, most of them Hollywood actors, accused powerful film producer Harvey Weinstein of unwanted sexual advances.