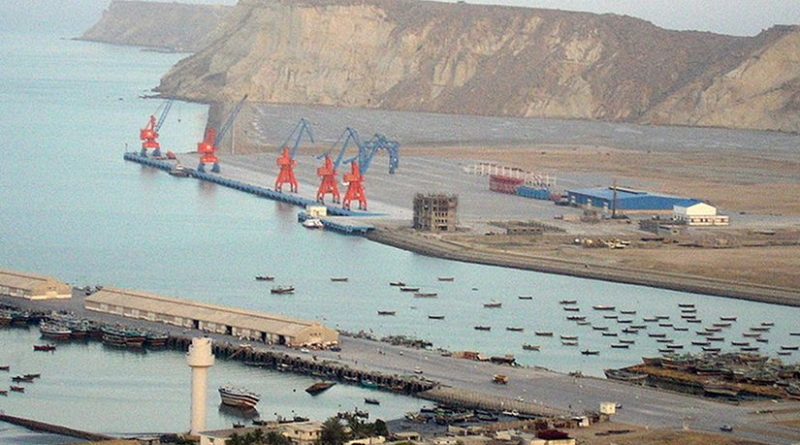 While taking both the all-weather friends to the new heights of bilateral relations, the China-Pakistan Economic Corridor (CPEC) is a significant development mega project. The principal purpose of this multi-billion project is to link the Gwadar Port in southwestern Pakistan to northwestern region of Xinjiang in China and to provide Pakistan energy and communication infrastructure.

The development project is aimed to be connected through highways, railways, oil and gas pipelines, and an optical fiber link. Moreover, the development mega project also includes 2,700-kilometers highway from Kashgar to Gwadar through Khunjrab, railways links for cargo trains between Gwadar and Khunjrab linking to China and having connectivity with Afghanistan, Iran and India.

The project is one of the largest projects in history of bilateral relations between Pakistan and China, and also known as multi-billion project. The entire program costs $46 billion. $34 billion would be spent on energy infrastructure and remaining amount is for basal infrastructures. Besides, being one of the largest regional projects the China Pakistan Economic Corridor (CPEC) is a time taking project which is estimated to be end up by 2030. The projects are planed short, mid and long terms. The short term projects would be completed by 2018. The midterm projects are expected to be end by 2025. However, most important long term projects would be wind up by 2030.

While the project is one of the significant and beneficial mega projects, it is experiencing certain dominating threats.

So far the most prevailing threat experiences for the corridor is lingering security concerns. Scores of militant outfits such as, Tehreek-e-Taliban Pakistan (TTP), Lashkar-e-Jhangvi (LeJ), Baluchistan Liberation Army (BLA), Baluchistan Liberation Front (BLF) have been on front to impair the corridor via physical damage and attacking the workforce while accomplishing economic gains and filling up the desires of their influential foreign masters.

Additionally, several of the Chinese workers have been killed as yet in different ambushes. That was the very reason China has several times urged Pakistan to provide security for the Chinese workforce.

Moreover, another key existing threat to the corridor is political concerns. In September 2014 the Chinese president had planned to pay visit to Pakistan, however, owing to the tight political situation in Pakistan the Chinese president was forced to postpone his visit. In addition, another controversy broke out when some nationalist political parties alleged the government was changing the route. Though Pakistan’s Prime Minister of Pakistan convened all parties to a conference, doubts still exist.

Furthermore, RAW, India’s secret services has never let a chance escape to harm the interests of Pakistan. According to a daily newspaper the security agencies of China shared documents with Pakistan that RAW is on its front to sabotage the mega project. Pakistan’s neighboring country since the partition has remained hostile on accounts of ideological differences and Kashmir issue.

More importantly, unrest in Baluchistan is yet another key threat to the economic corridor. There are certain outfits such as the Baluchistan Liberation Army (BLA), Baluchistan Liberation Front (BLF) that are endeavoring to sabotage the mega project to pursue their interests of separating Baluchistan from Pakistan and destabilizing Pakistan. Besides, these outfits there are nationalists who are of the view that the corridor would turn the majority Baloch into a minority.

Additionally, which provinces and cities will reap the windfall of Chinese Investment has not been so far officially revealed, thus making it one of the prevailing potential threats to the corridor. Even sub-nationalist political parties have launched a campaign against the federal government alleging it for showing a cold shoulder to the provinces other than Punjab where the ruling party attained the majority of votes in general elections in 2013. Thus, this political ploy is directly affecting the flow of the project.

To sum up, despite China and Pakistan being all-weather friends — that have always endeavored to strengthen their relations in different ways — in numerous times those efforts have been in vain owing to different constraints. The Karakoram Highway stands as a perfect example of one such failure. All future efforts should be put forth to figure out the aforementioned hindrances to the mega project as for the involved nations every difficulty would be surmountable if true attempts are put forward. And ultimately the corridor would benefit both the stakeholders and it would certainly benefit not only the lives of people of China and Pakistan, but also all the neighboring nations if these dominating threats are dealt with successfully.

*Orangzeb Khan is a student and columnist based in Islamabad. He studies International Relations (IR) at National Defence University, Islamabad.