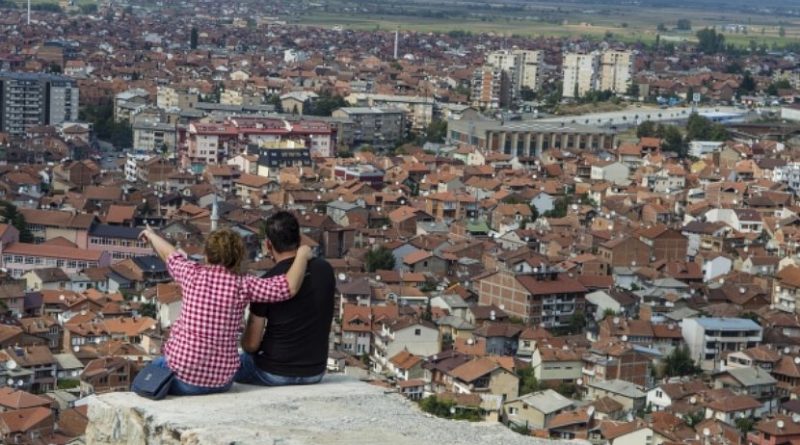 Kosovo’s deep economic crisis and political tensions over the last two decades, and especially the circumstances of the war of 1998-1999, have contributed to the creation of social insecurity in all strata of the country.

These circumstances, also characterized by the failure of the state institutions, high rate of corruption, degradation of the public health system and the destruction of the education system, have enabled the unhindered propaganda of foreign extremist organizations in Kosovo. During this time, all Balkan countries were captured by similar social paradigms, economic and political crises and conflicts. In these circumstances, it was sufficient for a foreign extremist organization, deployed in Bosnia and Herzegovina, Albania, Bulgaria, Montenegro or Macedonia, to expand its destructive activity in other parts of the Western Balkans and through the ethnic ties and common Islamic tradition that prevails in this compact geographic region.

Apart from social, economic and political factors, the emergence and rapid development of Islamist radicalism in Kosovo have also influenced some psycho social factors. One of the main psychosocial factors is the “feeling of exclusion”, or the creation of feelings of isolation of people from society, which has influenced the integration of hundreds of Muslim youth into certain structures of radical or Islamist extremist cells in Kosovo. [1] The complexes created by many young people due to their inability to integrate into social life or because of their moral and religious values have been used carefully by certain Islamist activists, with a view to apply mass recruitment of this category of persons in radical Islamist structures in Kosovo.

This category of people consist mainly of young generation living in rural areas of the city, having a low level of education, unemployed and as such are not involved in any useful social activity. During the recruitment process, these young people are provided with tempting ideological and material opportunities for both their integration and the behavior of their friends and relatives towards Islamist structures in Kosovo. Some of these people, previously unknown for their religious devotion or moral values, after completing their education or absolving certain religious courses, have become charismatic preachers of the Salafist ideology, and as such have influenced the recruitment of hundreds of people in various radical Islamist extremist structures in Kosovo. [2]

In particular, the creation of feelings of perceived religious discrimination has influenced the massive mobilization of radical movements in Kosovo. Ideologists of radical and extremist Islamist movements in Kosovo constantly invent fake stories and propagate about their religious discrimination in Kosovo, describing some actions of the state as an “insult to Islam” which “Islam does not endure” and so appeal to the radicalization of Muslim masses. [3]

Since the declaration of Kosovo’s independence in 2008, radical Islamist movements, under the pretext of their “religious discrimination”, have organized hundreds of demonstrations in all cities of Kosovo, making demands in the name of “freedom and religious equality “, allowing cover up for primary and secondary schools students in Kosovo, introducing the subject of” Islamic education “on all levels of public education, allowing the construction of a large mosque in the courtyard of the University of Prishtina.

In the integration of Kosovo’s youth in various radical Islamic extremist movements, has also affected the creation of wrong beliefs through religious indoctrination, as the Christian world is in fear of the Islamic religion and eventual union of Muslim people in a state, intentionally is developing a policy of fomenting conflicts and wars between them.

According to these ideologists, the different political or military interventions in Muslim countries by Christian states must cause Muslims all over the world to unite in order to “re-conquer their honor and their lands”. In this context, they spoke of “the obligation of each and every believer to protect the values and the dignity of Islam” and they called publicly for jihad in order to protect the Islamic religion, to defend the “blessed holy lands of Palestine, Iraq and Syria and to liberate Jerusalem”.

Such preachers even called for jihad in order to protect the IS, to destroy America and Israel etc., saying that the authority of Islam and the respect for this religion could solely be restored through the liberation of the Muslim lands and the conquest of all other countries on the face of the earth. [4]

In this context, the “Islamic Community of Kosovo”, through an official communiqué, offered an explanation for jihad, according to the work of the prophet and theological sources based on the Qur’an, Hadith, Sira, and Tafsir. According to this explanation, there are two phases of the call for jihad, depending on the circumstances in which the Muslims took place. The first stage is characterized by circumstances in which Muslims cannot fight with unbelievers. At this stage they are forced to live in peace with non-Muslims and preach a message of tolerance (Ayat 256 of Surat al-Baqara). Meanwhile, in the second phase, Muslims are able to develop the war and have enough resources to protect the Islamic community. At this stage they are called to engage in jihad (Verse 39 and 40 of Surat El Haxhxh) [5]

In keeping up with such interpretations, the ideologists of Islamist extremism in Kosovo refer to other verses and suras of the Quran, in order to deduce an obligation on the part of Muslims to engage in jihad, which claims that “the resurrection would take place on the holy and blessed land of Palestine, Syria and Iraq” where Isa was supposed to descend from heaven and to finish the concealment of the truth through the lie. [6] They state that after Isa had descended from heaven and the test of the concealment of the truth through the lie had been passed, which would be supposed to occur soon, nobody would ever be able to offend Muslims anymore in any way whatsoever. [7]

Through the development of such agitation and compelling explanations, Islamist extremists try to create wrong convictions for young Kosovar believers that the establishment of the Islamic Caliphate is foreseen in the Qur’an as the revival of the Islamic state (which was established after the death of Prophet Muhammad) and Caliph Abu Bakr al-Baghdadi is the true descendant of Prophet Muhammad. So in many Kosovo environments, Caliph Abu Bakr al-Baghdadi is worshiped as the immortal religious and military leader not only of the Islamic State but of all Muslims in the world.

Even some indoctrinated people call al-Baghdad as Amir al-Mu’min, or “commander of Muslims,” ​​who has the mission of continuing the war against the unbelievers based a supposed Al-Qaeda strategy. According to this strategy, the struggle against disbelievers began with the attacks of September 11th, 2001, it has advanced world-wide with the Islamic State proclamation and will end in 2020, with the full victory of the “Islamic army” against the unbelievers (Christians and the Jews), where the world’s eternal rule will be established by Islam. [8]

The development of an intense propaganda machine by various Islamist activists for the “Muslims honor”, for the “Islamic State”, for “Jihad”, “Paradise”, etc., together with material aids, they are undoubtedly affecting some young people in the creation of false hopes and illusions about life.

Such an indoctrination also points to the disturbing level of the ideological degradation of a part of Muslim youth, largely due to the systematic decline in the quality of education in Kosovo, the high level of corruption, the dysfunction of the state apparatus and the extremely negative impact on Islamic propaganda, which does not provide any rational ideas or realistic concepts for the choice of various social, economic or political problems, but only promotes religious hatred and fanaticism.

[1] Cf.: Guilain Denoeux and Lynn Carter ”Development Assistance and Counter Extremism: A Guide to Programming”, October 2009, http://pdf.usaid.gov/pdf_docs/Pnadt977.pdf
[2] Some famous preachers of Selafi ideologies in Kosovo were convicted in court after having committed crimes or they are at least suspected of criminal activity. Others had led a modern life-style or were well-known among the circles in which they moved for their numerous love affairs. One of them had even worked as a musician in a Serbian café where alcohol and pork were consumed. After they had been in touch with religious preachers, who had provided them with options to improve their social standing, they were integrated in the different radical movements and in turn, they became ardent preachers of Selafi ideologies after they had attended certain religious courses. These remarks are based on scholarly observations and information from students.
[3] Cf.: Miranda Vickers. Islam in Albania, Defence Academy of the United Kingdom, England 2008, https://www.mercury.ethz.ch/…/2008_March_IslamAlb.pdf
[4] Scholarly observation of a radical sermon in Kosovo
[5] http://www.gazetaexpress.com/lajme/bik-mohon-deklarata-ku-behet-thirrje-per-xhihad-nuk-eshte-e-myftiut-145114/?archive=1
[6] http://ardhmeriaonline.com/artikull/article/statusi-i-tokes-se-bekuar-palestines-ne-islam/#.VrGy-9LhDGg
[7] http://rrugetepaqes.net/?p=3267
[8] http://www.askk-ks.com/a-ka-mundur-realisht-te-beje-kosova-me-shume-ne-parandlimin-e-ekstremizmit-te-dhunshem-dhe-radkilalizmit-qe-shpie-ne-terrorizem-2/

As it is known on November 18, 2020 a group of senators influenced by members of the Armenian diaspora presented