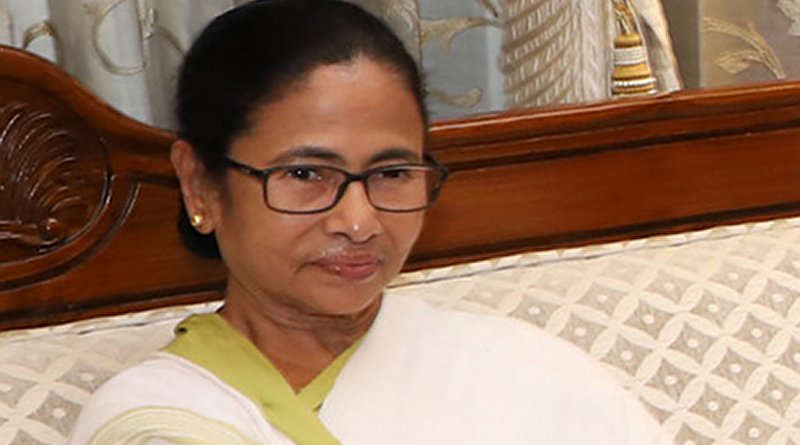 Chief Minister Mamata Banerjee of West Bengal, known for her ethnocentric chauvinism, is embroiled in the dichotomy between the much needed investment to rejuvenate the economy of Bengal and anti-CAA stir to capture Muslim votes in the forthcoming state election in May 2021. The Lok Sabha election in  2019, held in April 2019, has already given a jerk, showcasing  downswing in her popularity. She lost 18 seats to BJP against 2 seats in 2014 election.

Nevertheless, a few months before the election, the fourth summit of Bengal Global Business Summit in February 2019 gave a thumping support to her for resurgence of business opportunities in Bengal. Presence of big  investors like Mr Mukesh Ambani, Mr Kishore Biyani, Mr Sajjan Jindal pitched a re-look by the investors  in Bengal. The summit proved a big success when she could manage the presence of pro-Modi entrepreneurs in the summit, such as Mr Ambani and Mr Adani.

Her volta-face to woo investors was further exemplified by the surge in foreign investment. More FDI flowed in Bengal during her eight years regime than in two decades of Communist regime.

Caught in the vortex, the state  is facing a big challenge to re-build its economy, vying for investors’ hearts. The trust deficit of investors, which heightened during Communist regime, is unlikely to fade  away in shorter term. Against this backdrop, the success of Bengal Global Business Summit augured well for investment in the state.

This shadowed her business friendly image, which was reverberated in the summit. Ironically, she slammed dharna  when she became Chief Minister. Now, she herself is leading Dharna. Business observers believe it a tool to dissuade the unemployed youth from the frustration for  unemployment.

West Bengal has big  potential for investment in terms of its geographical location and natural resources. It has coal and  is the gateway to South East Asia. It is surrounded by three nations, viz. Nepal, Bhutan and Bangladesh. These nations provide big opportunities for India’s exports, since none of these nations has any  big industry. In addition, all the three are SAFTA members, which provide duty free market accessibility of Indian  goods and vice-versa. Given the advantage of geographical placement, which are contiguous to three nations, West Bengal pitches for  a strong platform  for surface transport for enhancement of trade with these countries. Road connectivity has been given thrust as a part of Act East Policy to make the state as gateway to South East Asia.

West Bengal has a distinct advantage to become a trading hub for India or gateway to South East Asia, because of its geographical placement. Its proximity to Bangladesh, Nepal, Bhutan and Myanmar spur enough opportunities for trading with India.

West Bengal can act as a Indian Silk Road to India’s neighbours. Myanmar has emerged a prospective trade destination after the returns of democracy. The road connectivity provides enough potential for border trade with these countries. With cost cutting opportunity in logistic, a competitive tool for buoyancy in trade, border trade unleashes greater opportunities to augment trade with neighbouring countries.

West Bengal has unique advantage to become a strong foundation for global value chain ( GVC) manufacturing operations in the eastern region. In the wake of China loosing cost competitiveness, which resulted foreign investors looking for alternatives, West Bengal can provide a propitious land for GVC manufacturing operations between India and ASEAN. West Bengal is considered to be one of the lowest in the cost competitiveness manufacturing place in India. To this end, the state can offer an unique opportunity to be the hub for exports to ASEAN and other Asian countries in the east for their entrepreneurs, who dependent on multinational GVC operations for manufacturing.

Given the present industrial structure of West Bengal,  industries with low and middle level investment and of labor intensive are appropriate for industrialization. To this end, experiences of Vietnam and Bangladesh would be pertinent for the growth of industries in West Bengal. Success stories of ‘Supporting industry” model for automobile in Vietnam and surge in garment industry in Bangladesh can provide some tips to West Bengal.

Surprisingly,  Chinese keenness to invest in the state was evinced in the summit. A big Chinese business group of 30 entrepreneurs attended summit. Acknowledging the Chinese zeal, the Consulate General of China in Kolkata, Ma Zhanwu, said “Chinese businesses attach great importance to the opportunities ,presented by eastern India and West Bengal”. He upped the ante for a surge in India-China relations, despite India refusal to be party to Chinese Belt and Road Initiative.

With the break out of trade war between USA and China, India-China relation reached at crossroad. It has become a turning point for the two nations to reinvigorate their economic relations, burying the hatchet of political row. Chinese products are becoming costlier after the US tariff hike. Investors in China are comprehending to shift their productions bases in India and other countries.

China has already made a big investment in mobile phone manufacturing in India. China brands now account for over 51 percent of the smart phones sales in India. Several factors substantiate West Bengal’s importance as a hub for manufacturing mobile phone and electronic component. Cheap wage, low land cost  and availability of highly skilled labour forces ( owing to three big technical education institutes in the state) can prove propitious for these industries.

Given the ample advantages of  West Bengal and  the US-China trade war,  Mamata should bet on Chinese capital for the development in the state, instead of reverting the state into a battleground for protests.